Vote counting is underway after Cameroon's Sunday presidential vote. The polls were marked by deadly violence in the English-speaking regions. But the African Union gives it a clean bill.

The capital of Cameroon's Anglophone Southwest region, Buea, has become a ghost city. No movements are allowed – only the vehicles of the security forces are patrolling the streets. This, however, has been caused by the secessionists. Their aim is to show the French-dominated government in Yaounde that it has no power over the English-speakers in the North and Southwestern regions of Cameroon. The previous day, the country voted under massively tightened security.

At least two people in Bamenda, in Northwest, were shot dead by Cameroonian special forces, and gunshots were also exchanged in Buea. One election official was reportedly injured.

When Bernard Okalia Bilai, the governor of the Southwest region, came to vote, he was heavily guarded and escorted to the polling room. "We have heard that in some areas terrorists tried to intimidate the population, but defense forces reacted promptly," Bilai said. "Terrorists" is how Cameroon's government describes the secessionists. 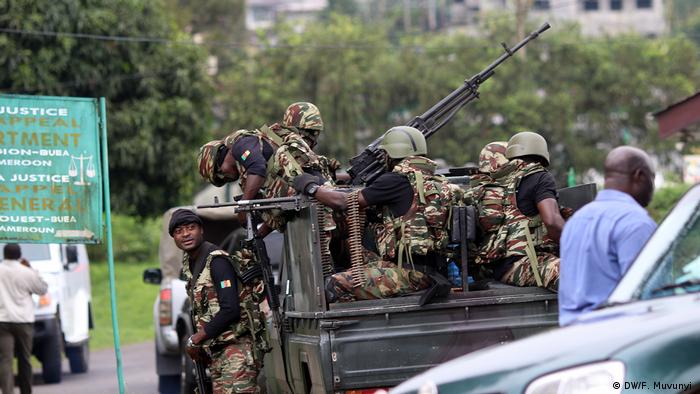 The government has deployed a heavy security presence in Buea

"We are no longer the same country. There may be people who took part in the election for their president, but we have totally boycotted, and we have decided to restore the sovereignty of our state," Samuel Sako Ikome, interim president for of the separatist movement, told DW.

On October 1, 2017, Anglophones in the Northwest and Southwest regions declared symbolic independence from the French-dominated government. Since then, the secessionists call the English-speaking region Ambazonia. For the elections, separatists told DW, their aim was to disrupt the voting. "The election was just one event on our way to independence," Ivo Kuka, a member of the separatist group who resides in the UK, told DW. "Our end goal is to take Buea." 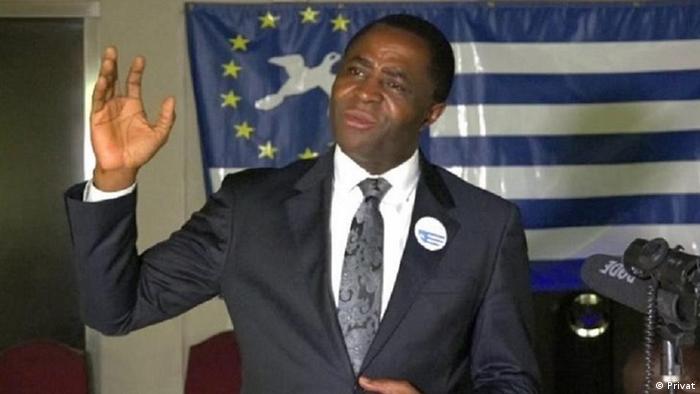 Samuel Ikome Sako, is the interim leader of the separatists. Their leader Ayuk Tabe was arrested in early 2018

In some places in Buea and Bamenda, polling stations had no single person coming to vote despite calls from the authorities asking residents to go out and exercise their civic duty. An observer for the Center for Research on Democracy and Development in Africa questioned the vote. "I feel so frightened even though I have lived in this conflict area since it started," he said. Today's confrontation, he adds, was not a good one. In some areas, the unnamed observer said that the military paraded all over the place on voting day, frightening voters. "If you are asking voters to come and vote – you don't move around with guns threatening them. No one is going to vote because no one wants to die."

In Bokwoango – one of the localities in Buea – only one-third of 363 registered voters  voted, according to the election officer, who wanted to remain anonymous for his safety.

In this English-speaking region, many fear vote rigging. "People came to some centers without identification documents and they were allowed to vote because they are security officers," another observer told DW after vote counting had finished in Buea.

"The election is a farce," Patrice Nganang, a New York-based Cameroonian novelist, told DW. "There are mass movements in eight provinces, and corpses are piling up in two regions. The priority now is not voting; it should be how to put an end to this massacre," he added. Nganang anticipates that the incumbent president Paul Biya will be re-elected with at least 80 percent of the vote. "Because the results are rigged," he said. 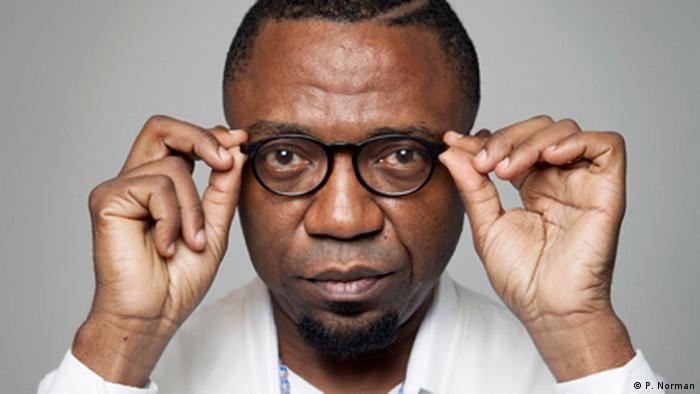 US-based Cameroonian novelist Patrice Nganang says voting should not be a priority, but the crisis needs to end

Meanwhile, observers for the African Union have already declared that they were satisfied with the manner in which Cameroon's presidential election was conducted. "We can agree that it went well and we are satisfied," Kwesi Ahoomey-Zunu, head of the Observer Mission for the AU, was quoted in the press. Despite his satisfaction, his team was not dispatched to the troubled Southwest and Northwest because of the crisis.

The conflict affects all sides

While crisis has left the town of Buea crippled, residents insist that the military crackdown has been too hard. "Not everybody is part of the [secessionist] movement," says a 29-year-old human rights researcher living in Buea. "But the impression of the military is that everybody, especially young men in this part of the country, is a secessionist."

He explains how his two cousins were killed by military personal. They had visited a village in an effort to ask people to come out of the forest and return to their homes. "I received a call from a friend who went to the town and discovered the corpses," the researcher says. He himself hasn't seen his direct family members in months. Many of them fled the towns and villages. "The people used to live here, but they're now in forests. For the past six months I have not talked to my brothers. I have not spoken to any of my family members. I don't know their whereabouts. I don't know if there are still alive or dead."

It is, however, not only the ordinary people who live in fear. A young Cameroonian soldier hides his face with a balaclava. "My neighbors don't know exactly how I look like. If they find out – they will kill me," he confides in DW. In June, he says, separatists killed his colleague. The young man in his 20s says he joined the army just three years ago. "I'm just doing my job. Our job is to respect orders from our superiors. No one wants to live this life." he added. Asked if he had killed anyone since he was posted in Buea a few months ago, he says: "I don't know. You never know who the bullet hits. I have not personally targeted anybody. But we often shoot randomly," he admits. 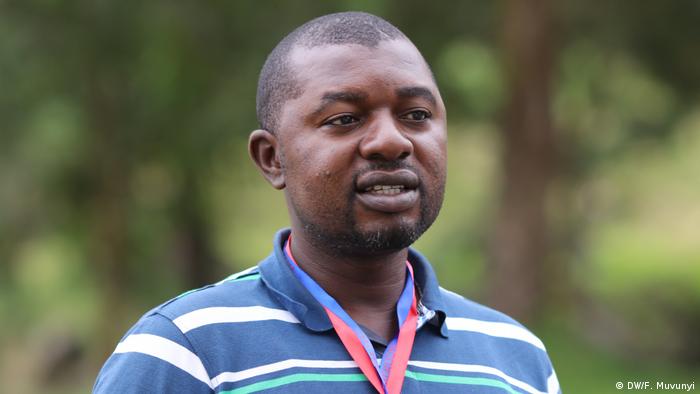 " We get frequent calls from both quarters to warn us on how we are reporting," says journalist Kum Leonard

On the election day – a car transporting journalists was shot at by men believed to be separatists according to security sources. No one was injured. Journalist Leonard Kum says that he and his colleagues have been a target for both the separatists and the government army. "We are not so sure of how we are perceived either by the government or the separatists," Kum said. "We receive frequent calls from both quarters to warn us on how we are reporting," he added.

Kum, who also heads the Southwest Chapter of the Cameroon Journalists Trade Union, said the work of his fellow journalists was increasingly becoming almost impossible.

Another reporter said: "We are caught in the middle of the deep sea and a devil. We don't know where to go, but we shall continue to do our job because without us, our people would be living in the dark."