Cameroon's youth and their old president

Many young Cameroonians are tired of the 36-year tenure of President Paul Biya and want change. But how many of them will actually cast their ballot on Sunday is still an open question. 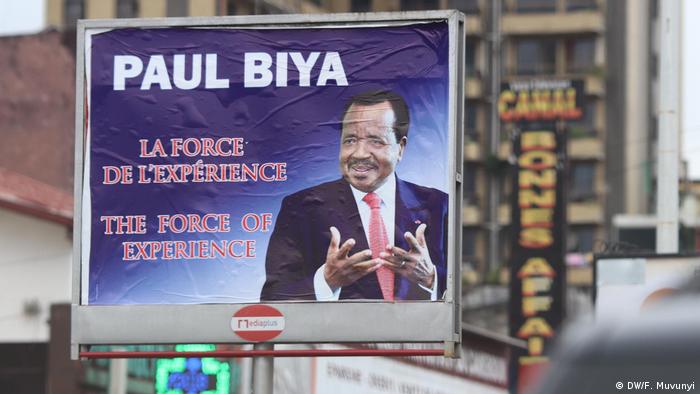 Seven young Cameroonians are driving in a pickup truck through Akwa, the center of the economic metropolis of Douala. On the back of the truck, large speakers blare songs about young people. One name is repeated constantly: Cabral Libii. The 38-year-old is by far the youngest of the candidates on Sunday's presidential ballot.

Read more: Cameroon opposition teams up ahead of presidential vote

Short videos of Libii's appearances are everywhere on social media including Facebook and YouTube. Thousands of teenagers and young adults cheer him on. "I always say: This is the first presidential election in this country. Past elections have just been a charade," says Jules Henry Mbock, who coordinates Libii's "Eleven Million Citizens" election campaign in Douala's District 1 neighborhood. The 28-year-old activist is passionate about voter engagement. "Last weekend, we organized a training session to teach people about the voting process. Six hundred people showed up. The last two years, no one came to our event." 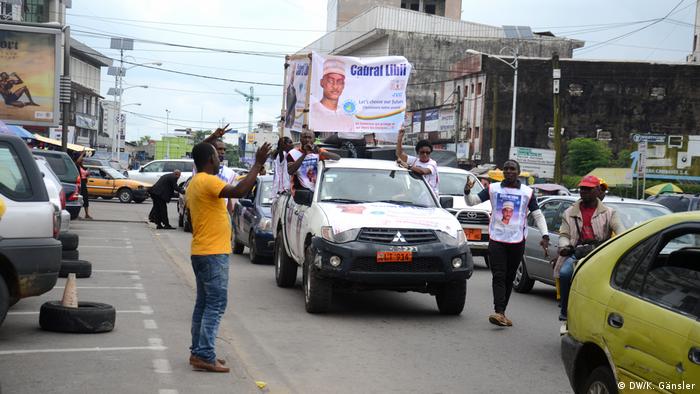 Two days ahead of the polls, last-minute coalitions are still being formed – Akere Muna, the leader of the People's Development Front (FDP), for instance, "withdrew" his candidacy and put his weight behind Maurice Kamto of the Movement for the Rebirth of Cameroon (MRC).

On the streets of Douala, young people say they are tired of seeing Paul Biya at the helm of political affairs. As 27-year-old Joel Daniel Dooh Mbella explains: "I have lived through three popes. That's a lifetime job. But I have only known one president in Cameroon." This sentiment resonates among young Cameroonians in Douala.

Eighty-five-year-old Paul Biya has been in power since November 1982 and is only the second head of state of Cameroon since independence. Even now, he dominates the election campaign. In Douala, for example, one poster stretches to the next, and Biya can be seen everywhere against a blue background. The other candidates, on the other hand, are virtually invisible.

Cameroonians to vote against backdrop of violence

'No confidence in the electoral system'

Cameroon, like other states on the African continent, is also a young country. Nearly 62 percent of its inhabitants are below 25 years of age. And they demand education and jobs above all.

According to the International Labor Organization (ILO), a total of 8.7 percent of 15- to 24-year-olds were jobless in 2017. In Jules Henry Mbock's circle of friends, many have experienced this. "Here we say: 'I'm going to beat myself,'" said the computer science graduate, who explained the difficulty of getting a job: "I do not have the right name, nor do I have any contact with an officer or someone who can get me a job."

According to the World Bank, almost one in four Cameroonians lives below the poverty line and earns less than $1.9 (€1.65) a day.

However, this sense of hopelessness could lead to far fewer than expected young voters at the polling stations on Sunday. "They are not happy with the political trends and have no confidence in the electoral system," says Tarhyang Tabe, president of the Association of Cameroonian Media Creators and publisher of the English-language newspaper The Advocate.

Alongside the voter distrust are the often-precarious living conditions so many Cameroonians face. "They have no economic power, so many are not interested in politics," says Tabe, who worked with many young voters in the 2011 elections. 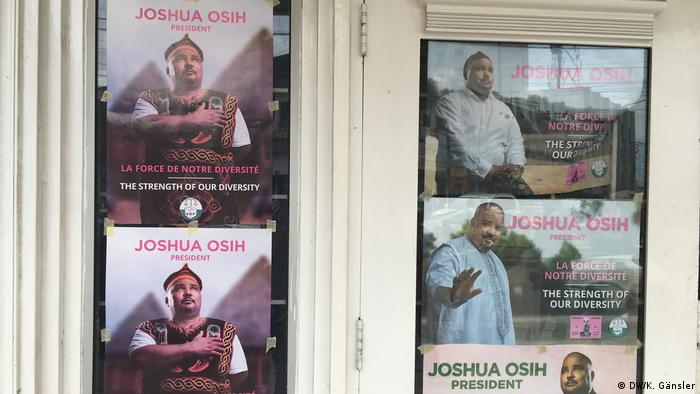 Young people on the run

Tabe says that of the candidates vying to replace Biya, businessman Joshua Osih is uniquely placed to offer a real alternative. "He's young, charismatic and well-educated, and has hired many young Cameroonians," he said.

Until 2016, Osih was an electoral favorite among young voters. But he comes from the troubled English-speaking Southwest region, which, along with the Northwest, became turbulent in the autumn of 2016 when long-simmering tensions between Cameroon's English-speaking and French-speaking populations boiled over. Many anglophones in these regions believe they were marginalized by the francophone-dominated government.

In a report released on October 3, the think tank International Crisis Group reported that up to 300,000 people have been internally displaced by the bloody conflict. "That's another reason why young people do not vote," said Tabe.

When asked whether he believed in free and fair elections, electoral activist Mbock laughs: "There have never been any in this country, and President Biya has never won a transparent and credible election," he says.

He pulls his smartphone out of his pocket and taps on the app "Electra." It has a slick design. The goal is to put the electoral registers of all polling stations on a server to enhance more transparency. Mbock says the app can be used by all political parties – it's a young person's response to a system dominated by the old.

Cameroon marred by violence ahead of presidential poll

Cameroonian political parties have crisscrossed the country ahead of the presidential elections on Sunday. Except for one candidate, no one has been able to organize campaigns in the restive Anglophone regions. (04.10.2018)