The unrest in Cameroon's English-speaking areas continues as separatists attack government officials and soldiers burn villages. DW's Adrian Kriesch reports many are now looking to the Catholic Church for help. 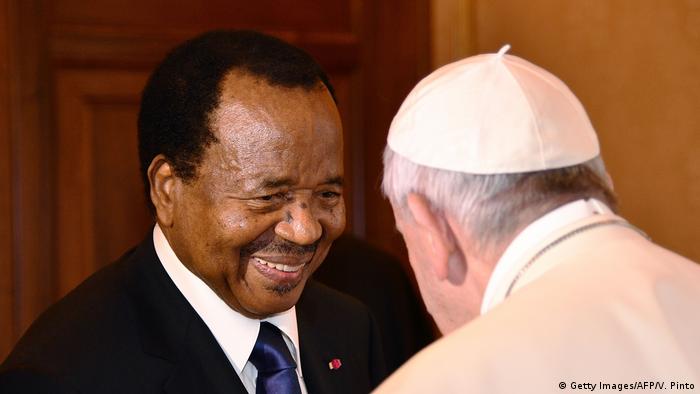 Paul Biya has been Cameroon's president for more than three decades

Agbor Gilbert Ebot has slept no more than two hours, he is exhausted.

Nevertheless, the organizer of the Cameroon International Film Festival has been up since 6 a.m, headed to the police station in Buea, capital of the Southwest region of Cameroon, in the pouring rain.

Three members of an actors' workshop were forced to spend the night at the station because they had forgotten their papers. "If you go to the bathroom, or just walk from the living room to the kitchen, you need to bring your ID card," Ebot says, adding that security forces don't take infringements lightly; they immediately arrest people and put them behind bars. Ebot negotiates with the police, and a few hours later, the acting students are free to go again.

Raking in money during the crisis

Most Buea locals have similar stories to tell. Ever since the conflict in Cameroon's English-speaking areas escalated, security forces are omnipresent. Truckloads of heavily armed soldiers patrol the city at night. It's a militarized state, says a local journalist who asked to remain anonymous for fear of reprisal. Residents suspected of being members of the so-called Ambazonia Defense Forces who are fighting for independence from Yaounde are arrested all the time, he says, adding that he has visited people held at the police station, where the conditions are a disaster. Those detained could not expect an actual trial, and bribes to get them released are common, the reporter told DW. "A lot of money is being made from this crisis."

The country's colonial past is still today behind the tensions. 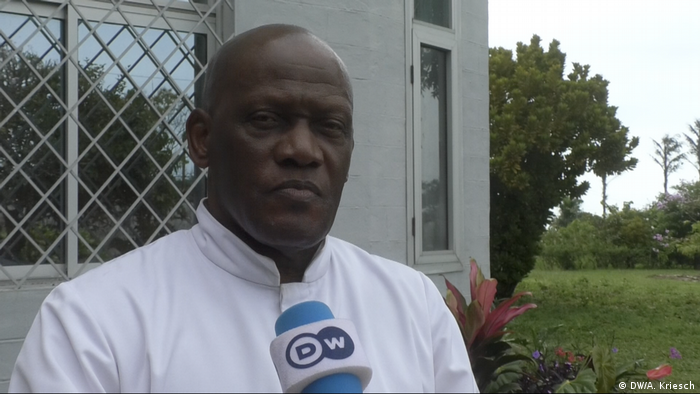 We must speak as equals, urges Buea bishop Emmanuel Busho

Cameroon gained independence in the 1960s, when the former French-speaking mandated territory was joined with the English-language regions. The country has two official languages, two education systems, two legal systems. However, the minority in the Anglophone southwest has felt disadvantaged and marginalized for years. In 2016, lawyers in the English-speaking region took to the streets, followed by a teacher strike and more protests. The government ignored their demands and instead reacted with a security crackdown. Several protesters were killed, the Internet was switched off for three months while strikes paralyzed schools, and businesses closed one day a week for special "ghost town days."

Paul Biya, Cameroon's President who's been in power for more than 35 years, instituted a Commission for Bilingualism and Multiculturalism, but many English-language speakers argue that is not enough. Demonstrations flared again in late 2017, and security forces killed at least 40 people. The protest became radicalized, various separatist groups formed, killing security and state officials they believed to be police informers. The president has since declared war on the separatists.

Now the battles lines are drawn. More than 100 civilians and 40 security officers have died. The International Crisis Group (ICG) has urged the Catholic Church to mediate in the conflict. The church represents one out of three Cameroonians, it is a powerful force.

"I agree, but it will be very difficult under the present circumstances," Buea bishop Emmanuel Busho told DW, adding that the top authority in the country isn't prepared to enter into a dialogue. "They are trying to dictate the conditions for a dialogue but we believe we need to speak as equals - if you pose conditions, there can be no dialogue." 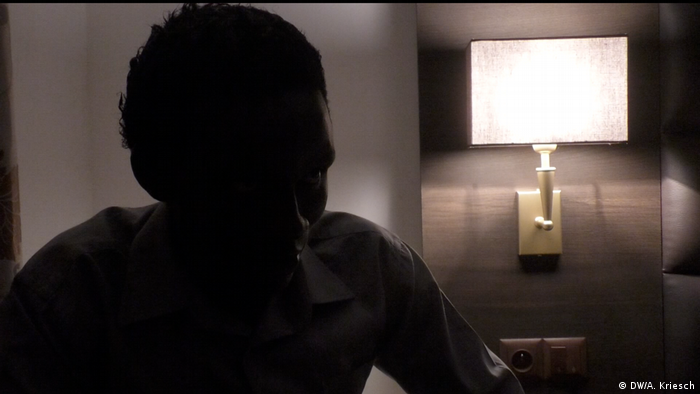 Peaceful protests were ignored, now violence is the only option, this separatist says

Whether or not the church can act as mediator will depend on whether the bishops can agree. If they can't, the conflict threatens to escalate further. Separatists have told DW they would do everything in their power to prevent presidential elections scheduled for October — hoping to force the government to the negotiating table.

Swiss and Italian tourists kidnapped in Cameroon have been rescued by local security forces. The travelers were on their way to a popular tourist destination when they were seized by armed men. (04.04.2018)