Cameroonian President Paul Biya is scheduled to visit Buea, a separatist stronghold, this week. His visit coincides with the anniversary of the self-proclaimed Ambazonia Republic. Civilians fear a looming bloodbath. 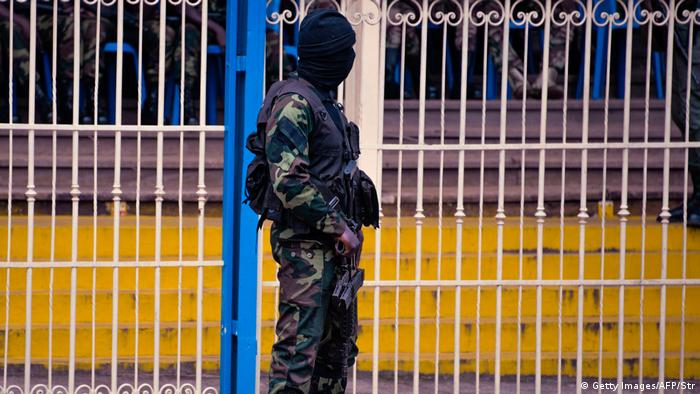 A 48-hour dusk-to-dawn curfew was imposed in the southwestern city of Buea on Monday as separatists marked one year since they proclaimed independence in the English-speaking southwest and northwest regions.

Gunfire was reported in the flash-point town of Buea in the country's southwest, which has been at the heart of the crisis. Over the weekend, thousands of civilians were seen fleeing Buea, according to DW correspondent Moki Kindzeka in Cameroon.

In other English-speaking areas, shops and bars were ordered to close, meetings of more than four people were banned and transport was suspended.

October 1,2017, at least 40 pro-anglophone protesters were killed by security forces as Julius Ayuk Tabe, leader of the Governing Council of Ambazonia separatist movement, declared independence from the majority French-speaking country.

Tabe, who was based in neighboring Nigeria, was taken into custody a few months later.

Germany's Society for Threatened People (In German: Gesellschaft für bedrohte Völker - GfbV), based in Göttingen, released a statement on Monday describing the crisis and "mass exodus. GfbV said at least 276,000 have fled the violence.

"The international community urgently needed to do more to find a political solution to the conflict and demand more effective protection of the civilian population," said the organization's director, Ulrich Delius.

According to GfbV, President Paul Biya "has been playing down the escalating civil war for months and creating the appearance of normalcy in the Anglophone regions."

"The insurgents fighting for an independent state of Ambazon, however, want to show that credible free and independent democratic elections in the contested areas are not possible," the statement read.

Many civilians fear that President Paul Biya's planned visit this week put them in the crosshairs of the separatists, who have vowed to disrupt the elusive leader's first trip to the restive regions since the violence began.

Thousands of government troops and security forces have been deployed to Buea, Atia Tilarious, a DW correspondent in Buea, said. People have been fleeing the violence since the fighting began, but that number increased significantly after Biya announced his visit. 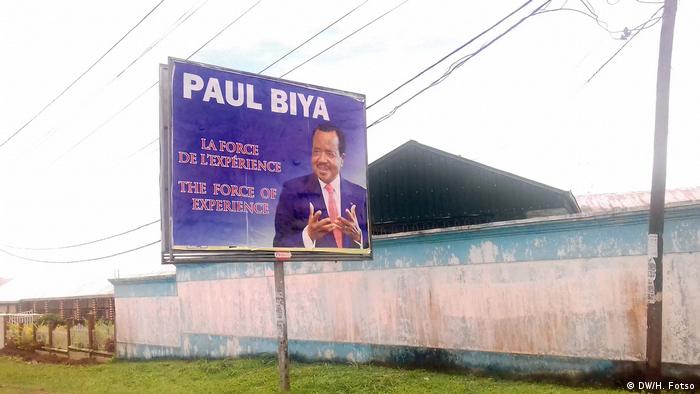 Rights groups estimate that nearly 200,000 civilians have been displaced by the conflict. Most of them have fled the restive Anglophone regions to the Francophone areas.

"We were told that we would kill ourselves because we were saying too much on social networks," said a displaced resident of the Northwest region who asked not to be identified. "But we had to tell the truth to the world, of what is really happening on the ground."

The resident, who is part of a growing number of internally displaced persons (IDPs) in Yaounde, had been helping other IDPs in the southern city of Douala. Due to several death threats, she fled to the nation's capital along with her colleagues.

She said the people that threatened her were in civilian clothes.

Can elections go ahead in the restive regions?

Biya is on a campaign trail ahead of the presidential election scheduled to take place on Sunday, October 7. The government insists voting will take place in the restive English-speaking regions in spite of the deadly violence.

The armed separatists vowed they will not allow a "foreign election." Biya, who has been Cameroon's president since 1982, is seeking re-election. He was, however, not expected to show up in the anglophone regions.

The separatists have blamed the government for the killings, but Yaounde denied having any role in the atrocities taking place in the regions. However, both the UN and non-governmental organizations such as Human Rights Watch have filed reports on crimes against humanity by armed separatists as well as government troops.

The spiraling crisis in Cameroon's anglophone regions has tarnished President Paul Biya's reputation in the West as an arbiter of stability in the volatile central Africa region and could threaten his long hold on power.

More than 21,000 people from Cameroon’s Anglophone region have fled to Nigeria in recent months. Not only do they struggle to find enough to eat but also have to come to terms with their traumatic experiences. (12.07.2018)