More than 21,000 people from Cameroon’s Anglophone region have fled to Nigeria in recent months. Not only do they struggle to find enough to eat but also have to come to terms with their traumatic experiences. 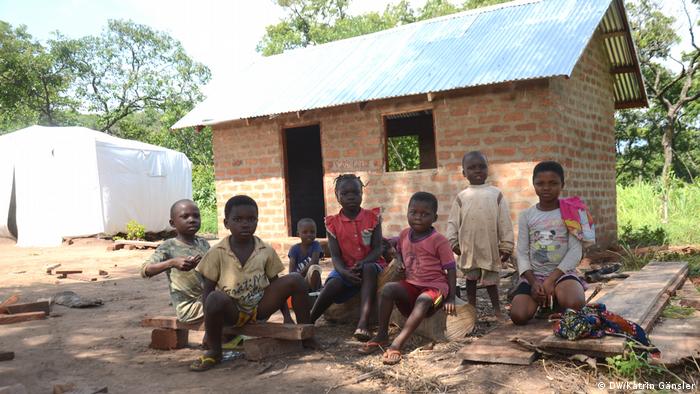 Pauline Agba knows many residents of the Adikpo refugee camp. They keep stopping her on her rounds to talk about their situation. Agba works for the Caritas Justice, Development and Peace Committee (JDPC). Together with 20 colleagues and other help organizations she tries to provide for the refugees' needs. "A couple of days ago the water pumps stopped working," she said. Now the water supply is functioning again. On this particular day, 34-year-old Napoleon Egumu stops her to ask for building material. "We need doors, to build our houses," he said, pointing at the unfinished structures.

Nearly 1,100 people, most of them Cameroonians, live in the camp in Nigeria's Benue state. It doesn't look like other refugee camps. Small houses are being built everywhere. The children go to schools nearby. The refugees and the local authorities, as well as international organizations, do not expect the conflict in Cameroon to stop anytime soon. They believe the number of refugees will increase. 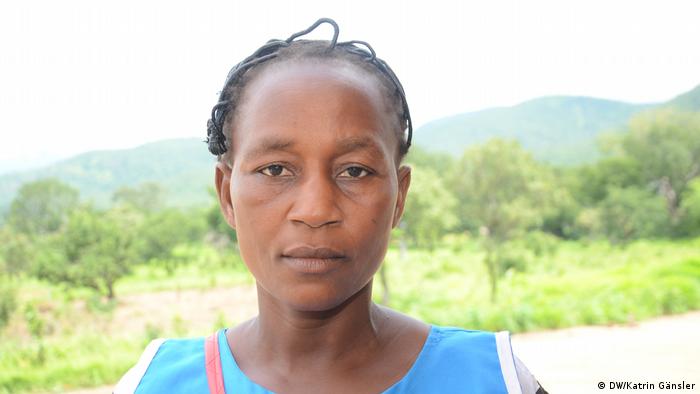 Dorothy Offum fled Cameroon with eleven children, her own and others.

The United Nations Refugee Agency (UNHCR) says that more than 21,000 people have left Cameroon since October 2017. The majority fled to Nigeria's Cross River State, followed by Benue and Taraba. "New people are arriving every day," said Remigius Ihyula, a priest and JDPC coordinator.

The refugees fled Cameroon due to the ongoing conflict in the Northwest and Southwest regions. The population there speaks English and not French which is widely spoken in the rest of the country. But Anglophones make up only 20 percent of the 25 million Cameroonians. They have been complaining of discrimination for years. "We suffer. Our children do not get any jobs. We do not have roads, only villages," said Dorothy Offum, who fled with seven of her own children, two grandsons and two other children.

Dorothy Offum cannot imagine going back to country she left. "We want independence," she said, expressing what most of the refugees feel. For the last nine months, calls for independence have become stronger. Protests started in October 2016, when lawyers and teachers took to the streets to demonstrate. Several people were killed and the crisis deepened. Those seeking independence accused the government of serious violations of basic human rights. It is difficult to get accurate information about what is currently happening in the two English-speaking regions. 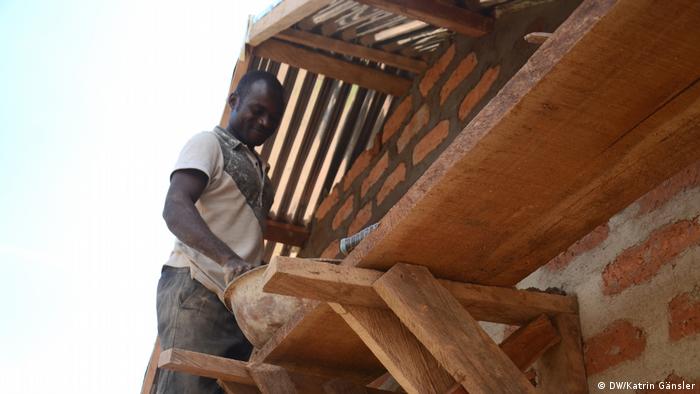 Expecting to stay in Nigeria for a long time, refugees are building homes

35-year-old Offum finally feels safe in Adikpo. The fact that the refugee camp is three hours away from the Cameroonian border helps. "We discussed this with the government. Keeping them closer to the border would have increased a sense of uncertainty. The Cameroonian government might have come looking for them," said UNHCR representative in Nigeria, Antonio Jose Canhandula. However, there is a logistical challenge. New refugees have to be picked up in places like Abande. Due to the bad state of the roads, this can take several weeks.

The refugees' flight is fraught with danger. Dorothy Offum took a whole week to reach the border. She kept having to hide in the forest until she finally reached Adikpo months later. What she saw still haunts her. "The day we fled they shot at people. Some managed to hide in the bush. Others died." A woman sitting next to her nodded silently. Later she told us that one of her children was killed on the way to Nigeria. 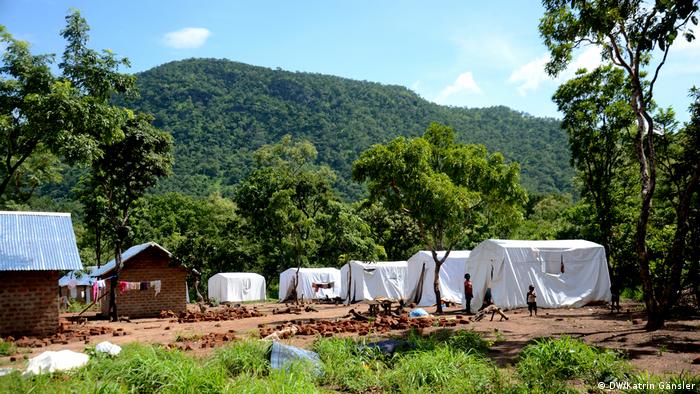 Some refugees are still living in tents

More than one conflict

It takes the refugees a while to be able to talk about what they've experienced. "Many people are traumatized. We haven't had a chance to deal with this yet," Remigius Ihyula told DW. The conflict has attracted little attention worldwide, he added. One reason is that Nigeria's Middle Belt, where the state of Benue is situated, is itself in a deep crisis. Hundreds have died in a conflict between farmers and herdsmen since the beginning of the year. Thousands have left their homes.

When visiting Benue, Antonio Jose Canhandula was made aware of the situation. The Nigerians who have been displaced are now also receiving aid. Canhandula expects the number of Cameroonian refugees to go up. "According to our information, the situation in Cameroon is not improving; it is getting worse," he said.

The activists were arrested in 2017 for their alleged roles in an Anglophone secessionist movement. Cameroon's English-speaking minority has long complained of discrimination at the hands of the Francophone government. (26.05.2018)