Voting has closed in Cameroon despite low turnup in Buea, the capital of the southwestern region. Some administrative officials were seen casting their ballots after local residents were threatened by separatists. 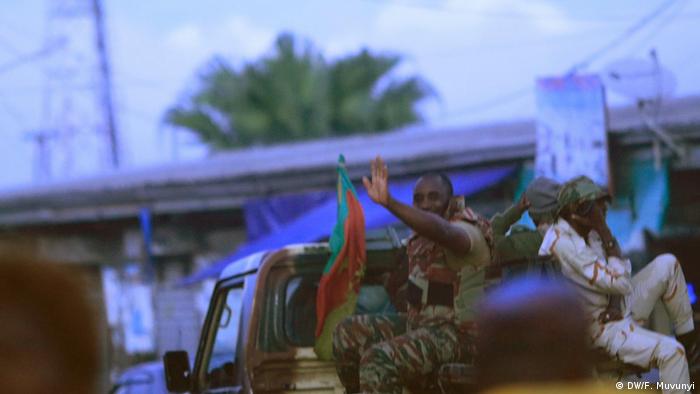 This means that results from the overall count are questionable, especially since independent observers could not get access to polling stations in time. The capital of Cameroon's southwest, Buea, is a ghost city. Shops, banks, schools and markets are closed. Public services have been suspended. A town that once had around 200,000 people has been left deserted by the ongoing conflict.

Fear is rife here in Buea as anglophones brace for violence after separatist fighters vowed war on voting day. "Everybody is scared because the separatists say that Buea is the capital of Ambazonia and they could attack," journalist Tilarious Aznohnwi Atia told DW. "Whenever the separatists attack, the military retaliates and attacks neighborhoods and ransacks houses," Atia said, adding that ordinary citizens continue to suffer.

Read more: Cameroon opposition teams up ahead of presidential vote

The separatists had vowed that no political campaigns or elections would take place in their country, which they call "Ambazonia." Only one political rally was held in Buea, but none of the candidates, including the incumbent president, dared to meet voters in the volatile region.

Buea is a heavily militarized zone. Paramilitary forces, along with the policemen, patrol the city. Several checkpoints have been set up at the main road between Douala, the commercial capital of Cameroon, and Buea. Police officers check everyone's ID, while the elite troops of the military's rapid response brigade guard the stilted stalls of an abandoned market.

"Sporadic attacks are a common occurrence here, and normally the separatists' attacks target the government forces and ordinary citizen who go against their orders," a 29-year-old Buea resident told DW.

On the streets, however, few women and children are visible. The number of men can be counted on two hands. "Some were killed, others are in prison, and others have joined the boys," a taxi driver tells DW.

"Boys" is the name the anglophones use to refer to separatists, whereas the French-speaking government in Yaounde calls them "terrorists." With this characterization, the government has refused to negotiate with the secessionists, despite increasing calls from the international community to defuse the situation. 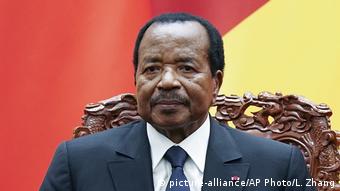 Paul Biya, 85, is seeking his seventh term in office

The International Crisis Group had urged both sides to declare a ceasefire at least during the election week. The country's most respected Catholic, Cardinal Christian Wiyghan Tumi, has been trying to persuade President Paul Biya and the anglophone Cameroonians to sit down and find a solution to the problem.

"Everyone knows what is happening in the English-speaking part of the country. The people are not satisfied with the political situation in the country," Cardinal Tumi told DW from his residence in Douala. So far, his efforts to bring the warring parties to the negotiating table have been put on hold because of the presidential vote.

"In a more peaceful climate, the vote could have offered Cameroon the political renewal it needs," the 87-year-old cardinal said.

Read more: Cameroon: Can elections be held in the restive Anglophone regions?

Jeffrey Smith, the executive director of Vanguard Africa, agrees with the Douala-based cardinal priest of the Catholic Church. "Should Biya be declared the winner, Cameroon will continue on its downward trajectory, with the very real possibility of increased violence, additional human rights abuses and the same sort of brazen impunity that has long characterized Biya's oppressive rule," Smith said.

Vanguard is a nonprofit organization that partners with African leaders and democracy activists to consolidate democratic gains and advocate for free and fair elections in Africa.

The conflict in anglophone regions, however, is not the only problem the country has, said Edith Kahbang Walla, president of the opposition Cameroon People's Party (CPP). "Living as a Cameroonian is a risk. Because we don't have hospitals, we don't have roads; we are dying every single day from the governance of Mr. Biya," she told DW.

The opposition leader and former presidential candidate in 2011 has vowed to unseat Biya through protests. Her party isn't taking part in the election, criticizing the country's "poor electoral process" and an uneven political playing field that is inherently tilted in favor of the ruling party.

Nevertheless, Walla remains positive and is motivated by recent power changes in Africa. "If it happened in Tunisia, Burkina Faso, Zimbabwe why not here in Cameroon?" she asked, calling on her supporters to join her cause.

But Walla's optimism isn't shared by already-broken-hearted anglophones. "I can't stay here, seriously," a 28-year-old man told DW. "The number of years I have been in this country, hustling to make a better living — I have achieved nothing. Maybe I should leave this country." Cameroonian President Paul Biya is scheduled to visit Buea, a separatist stronghold, this week. His visit coincides with the anniversary of the self-proclaimed Ambazonia Republic. Civilians fear a looming bloodbath. (02.10.2018)