The long-term enemies have signed a "joint delcaration of peace and friendship." The rapprochement takes place 20 years after the two neighbors started a border war that killed tens of thousands of people. 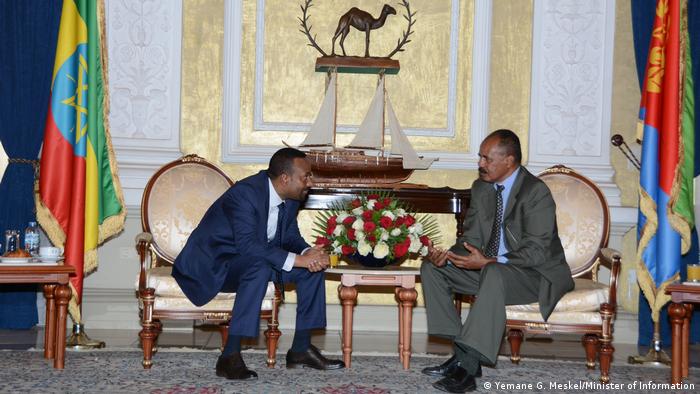 Ethiopia and Eritrea officially declared an end to a two-decades-old war on Monday, a day after their leaders held a historic summit in the Eritrean capital Asmara.

"State of war that existed between the two countries has come to an end. A new era of peace and friendship has been ushered (in)," Eritrean Information Minister Yemane Gebremeskel said on Twitter.

Ethiopia's Foreign Ministry said the governments would sign agreements later in the day "on the opening of embassies in Addis Ababa and Asmara that will mark the restoration of diplomatic ties, inauguration of flights between the two capitals, phone connections, and the use of ports."

The deal was announced a day after Ethiopia's new reformist prime minister, Abiy Ahmed, flew down to Eritrea and embraced its veteran president, Isaias Afwerki, on the runway in Asmara. 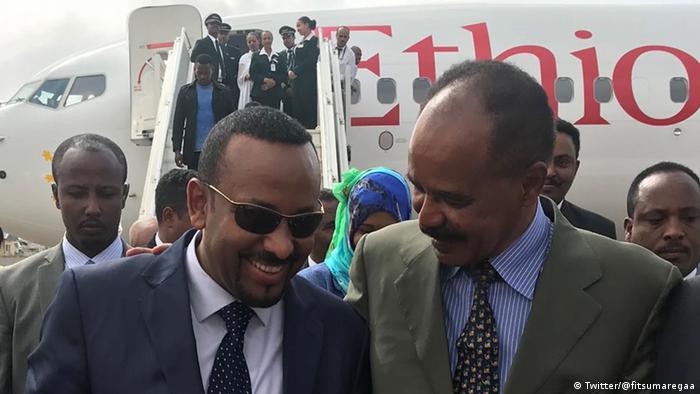 The rapprochement is a result of the peace talks initiated by Abiy, who came to power in April, in a bid to end 20 years of enmity. Eritrea was part of Ethiopia until 1993, when it declared its independence in a referendum.

The two neighbors started a frontier war in 1998 that killed an estimated 80,000 people. Full-blown fighting ended in 2000, but their troops have faced off across their disputed border ever since.

The thaw began last month when Abiy said Ethiopia would abide by a 2002 UN-backed ruling and return disputed border territory, including the flashpoint town of Badme, to Eritrea.