Erdogan in Russia: A speedy reconciliation with Putin | Europe| News and current affairs from around the continent | DW | 08.08.2016

Erdogan in Russia: A speedy reconciliation with Putin

A meeting between Presidents Recep Tayyip Erdogan and Vladimir Putin will thaw the political freeze brought on by Turkey's downing of a Russian military jet. The pace of rapprochement has observers surprised. 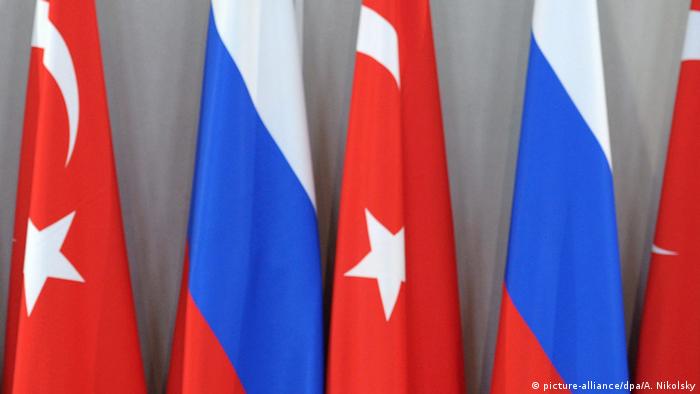 The frosty climate between Russia and Turkey lasted nearly seven months; the thaw has only taken six weeks. When Turkish President Recep Tayyip Erdogan meets Russia's Vladimir Putin in St. Petersburg on Tuesday, the two will have completed their 180-degree turn.

In a letter to Putin at the end of June, Erdogan expressed regret over the fact that Turkey's air force had shot down a Russian Su-24 attack aircraft in the border area with Syria on November 24. He also apologized to the victims' families.

The downing, which cost two Russian airmen their lives, put an unprecedented chill on relations between the previously close partners. Russia reacted with an import ban on Turkish foods and suspended all charter flights to Turkey, a popular tourist destination for millions of Russians. Moreover, Russia also put two major projects on ice: the construction of a gas pipeline across the Black Sea and a nuclear power plant. Now Putin and Erdogan will personally discuss the future of the two projects. 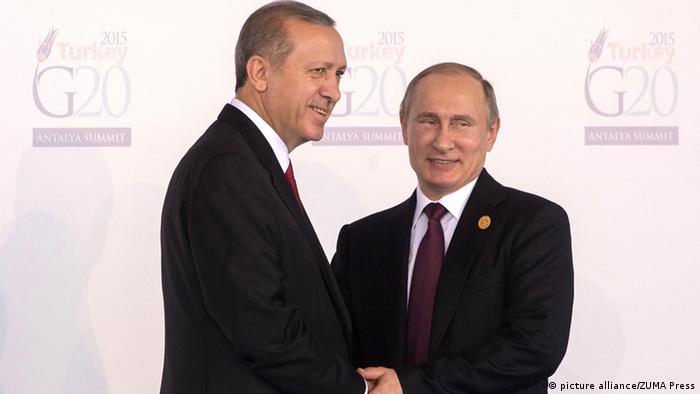 Nine days before Turkey shot the plane down, Erdogan (left) and Putin pressed palms in Antalya

The rapprochement is all the more astonishing when one recalls how both sides had dealt with each other until very recently. After the downing, Erdogan said Turkey would not tolerate aerial violations of the border. In the weeks prior to the incident, Turkey had protested such incursions by Russian bombers several times. In the United States and EU, concern grew over the possibility of a military conflict between Russia and the NATO member state Turkey.

Putin called the downing a "stab in the back." And, in a speech in December, he said that "Allah has decided to punish the ruling clique in Turkey and deprived them of their reason." Furthermore, Russian officials accused their Turkish counterparts of getting involved in oil deals with the "Islamic State." Russian state television ran anti-Erdogan content on an almost daily basis. A right-wing parliamentarian called on Putin to drop an atomic bomb on Istanbul in order to "wash away" the Turkish metropolis.

Over the past few weeks, however, it has become apparent that Russia's anger is what has washed away. Just a few days after writing his letter to Putin, Erdogan was on the phone with Russia's president. It was then that they agreed to the meeting that will now take place. Putin also lifted the ban on charter flights, and Russian tourists have flocked to Turkish beaches since late July. There was another phone call after the failed July 15 coup attempt: This time it was Moscow on the line, with Putin expressing support for Erdogan.

Such "somersaults in Russian-Turkish relations" might be confusing, even to seasoned observers, Fyodor Lukyanov, the editor-in-chief of the magazine Russia in Global Affairs, wrote recently. However, he added, "the harshest words can be forgotten if need be."

Turkey has not only formally apologized for the downing of the Russian plane, but has also met, at least in part, two further demands made by Moscow: The pilots who shot the jet down have been jailed, and compensation payments are up for discussion.

It seems natural that Turkey would move closer to Russia in the wake of the coup. Officials from the European Union and US have criticized Erdogan's curtailing of democracy. Given the tone in Brussels and Washington, Moscow could become an appealing base of support for Turkey, Viktor Nadein-Rayevsky, of the Russian Institute of Political and Social Studies of the Black Sea-Caspian Region, told DW. "Recently there has been talk of Turkish membership in the Shanghai Cooperation Organization and the Eurasian Economic Union," Nadein-Rayevsky said. Russia is the driving force behind both organizations.