Erdogan and Putin seek to deepen their military ties

Russian President Vladimir Putin has welcomed his Turkish counterpart Recep Tayyip Erdogan to Moscow. The two leaders discussed the sale of advanced Russian missiles to Turkey that has riled the United States. 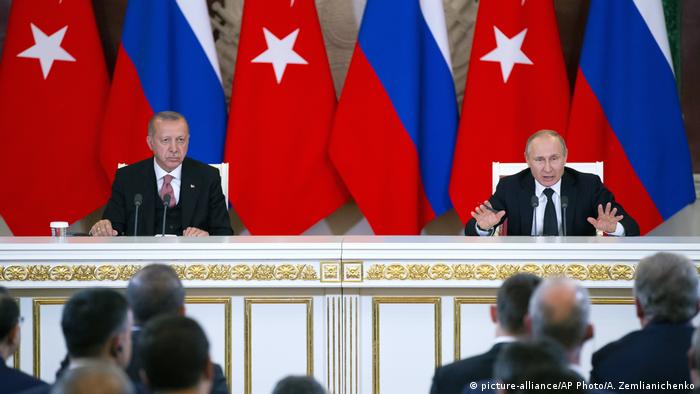 Turkish President Recep Tayyip on Monday arrived in Russia for his third visit this year, highlighting the increasingly close cooperation between the two countries and Turkey's willingness to defy the United States.

Erdogan's visit comes on the heels of warnings from US Vice President Mike Pence against purchasing Russia's S-400 air defense missile systems. Pence said Turkey was risking its NATO membership and its participation in the F-35 fighter program by failing to heed Washington's demand to cancel the contract with Russia. 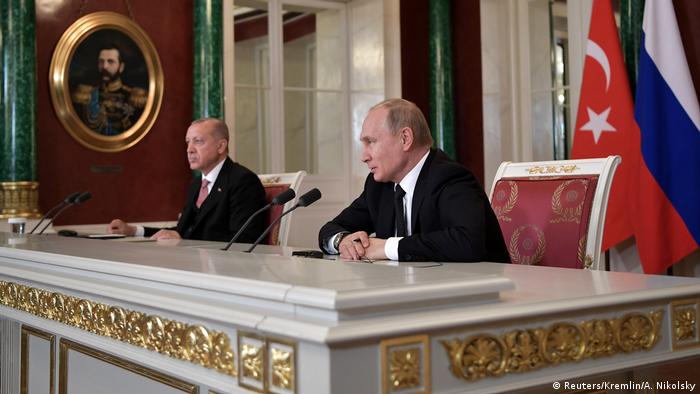 Russia and Turkey have closely coordinated moves on Syria, where they struck a deal last year to create a security zone in the northern province of Idlib.

Erdogan said that Turkey won't submit to pressure over the Russian agreement.

"On the issue of the S-400s, we have determined our road map, we have taken steps," Erdogan said.

"Those who tell us to give up our plans, those who make recommendations do not know us. If we have made a contract, if we have reached a deal, then this business is finished. This is our sovereign right, this is our decision."

Russia and Turkey must "strengthen cooperation in the military-technical sphere," Putin told Erdogan in the Kremlin.

"These regard first of all the completion of the contract to supply S-400 anti-aircraft missile systems to Turkey," Putin said before suggesting there were other military projects in the pipeline.

The two leaders discussed the completion of a pipeline that will carry Russian gas to Turkey, the planned construction of Turkey's first nuclear power plant, and how to coordinate their next moves in Syria.

Inside Europe: How Turkey's tit-for-tat dispute with the US impacts Europe