Since the 2011 Fukushima atomic disaster, Japanese firms have focused on a new generation of technologically advanced communities. Innovations range from fuel cells to car pooling to meet the needs of the future. 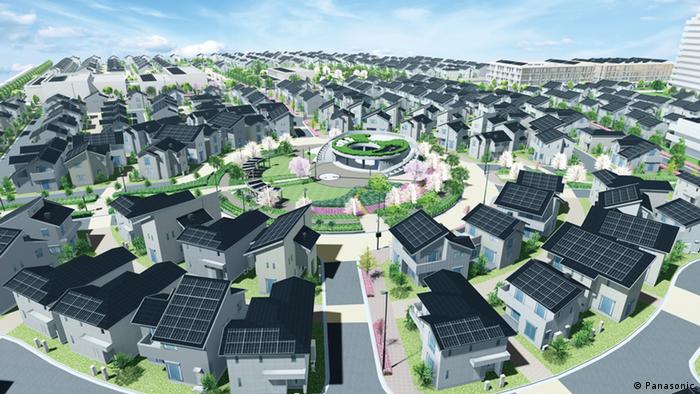 The inevitable heat and humidity of summer swept across the Japanese archipelago last week. Temperatures have climbed to more than 30 degrees Centigrade in parts of the country and the government has repeated what has become an annual call for households and the industry to make every effort to limit their energy consumption.

More than three years after the Fukushima Dai-ichi nuclear plant was crippled by the Great East Japan Earthquake, not one of the nation's 50 reactors is back on-line - although officials of the Nuclear Regulation Agency on Wednesday gave preliminary approval for Kyushu Electric Power Co. to continue with the exacting process of restarting the two reactors at its Sendai plant in southern Japan.

While that may be a breakthrough for the industry's campaign to get nuclear power flowing again, there are many hurdles for the other reactors to overcome - and several will never be put back into operation. But with public opposition to nuclear energy failing to wane, companies that previously merely toyed with the idea of entire communities utilizing power to the utmost degree of efficiency now see "smart towns" as a potential business opportunity.

One of the pace-setters in the sector is Panasonic Corp., which has teamed up with eight other companies leading the area of advanced environmental initiatives to construct the Fujisawa Sustainable Smart Town in Fujisawa (main picture), located just 50 kilometers southwest of the Japanese capital Tokyo. 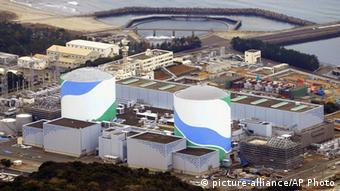 "The primary consideration was to create a concept for a smart community lifestyle based on residential comfort, regional characteristics and future living patterns - taking into account such aspects as energy, security, mobility and healthcare," the company said in a statement.

The next stage has been to design a town that made optimum use of homes and public facilities, followed by the smart infrastructure to support residents. According to Panasonic's figures, the new town is expected to reduce CO2 emissions by 70 percent, water consumption will be 30 percent lower and 30 percent of all energy consumed is set to come from renewable sources.

Every home is equipped with a solar power generation system and a storage battery. Emergency power is available in times of crisis - an important lesson learned after the 2011 earthquake - while all homes are fitted with energy sources for electric vehicles, electric scooters and electric-assisted bicycles.

A similar project is under way at the Kashiwanoha Smart City in Chiba Prefecture, located east of Tokyo. Overseen by property developer Mitsui Fudosan Co., the core of the scheme - a hotel, offices and shops - opened on Tuesday, July 15.

Covering 300 hectares, the complex makes use of solar panels and storage batteries that are interconnected and can deliver power anywhere in the district, reducing energy consumption by as much as 26 percent in peak hours. Changes inside the home of the future are arguably more dramatic.Panasonic believes that in the near future homes will communicate with their inhabitants to help us make decisions on what we eat, what we wear and the exercise we take.

Future technologies have recently been unveiled at the Wonder Life-BOX 2020, the latest addition to the Panasonic Center Tokyo, in the city's Koto Ward. "We opened the center more than a decade ago and later added the Eco Idea House," Yayoi Watanabe, a spokeswoman for the company, told DW.

As part of the smart community, she said, the smart house will interact with shops, entertainment facilities and other homes, sharing data on what is purchased or consumed to ensure that the most appropriate services and products are delivered to local residents.

Innovations include an advanced facial recognition security system linked to a virtual cloud able to identify the inhabitants of the home and automatically open the front door to them. Similarly, friends and family can be registered with the system to grant them access.

In the kitchen, artificial intelligence held in the cloud responds to spoken commands. Asked a cake recipe, a selection of recipes are projected onto the kitchen work surface, providing details on ingredients and how long each will take. The oven automatically begins to pre-heat.

In the living room, the voice remains the way to activate the surroundings. Through a microphone, a user turns an entire wall into a source of interactive entertainment, information and relaxation. If the user wants to eat sushi at a restaurant in a certain district of Tokyo and has a set budget, the cloud identifies three restaurants in a heartbeat, and makes a reservation.

The screen also permits the user to check the availability of a vehicle in the car-sharing scheme - a system that is expected to increase significantly in the future - before she checks the weather and gets a hotel recommendation, even to the level where she can examine the view from the window. 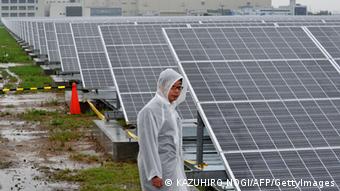 Japanese firms are working to enhance the use of solar panels

Lighting and temperature in the bedroom can be pre-programmed - and then the home-owner can lay back and enjoy a view of the heavens on the ceiling. And using GPS technology, the stars and planets will be the precise sky-scape above the house.

Monitors in the bedroom keep a watchful eye during the night, tracking breathing, heart rate and temperatures, providing the user with a readout of what happened in the night. The system can even help identify snoring or sleep apnea.

"We are not selling this as a home, but we are working with a number of other companies to bring these products and services to the market individually or as a package," says Watanabe. "We are constantly updating what we have already and always looking for new solutions around the home, whether that home is in Japan or any other country around the world."