The operator of Japan's crippled nuclear plant in Fukushima hopes revolutionary underground freezing technique will stop contaminated water escaping into the Pacific Ocean, but critics say it's too little, too late. 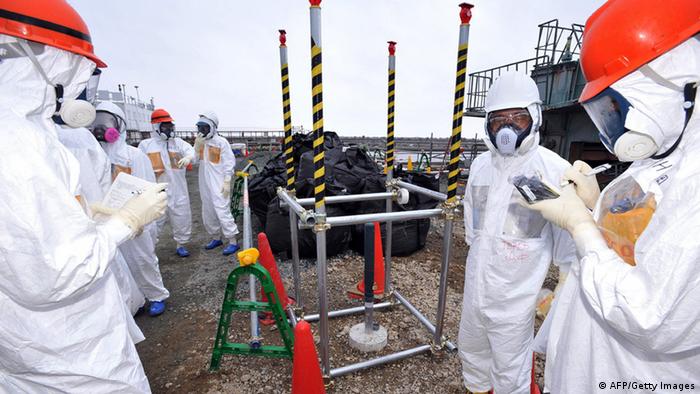 Engineers at the Fukushima Dai-ichi nuclear plant have begun with the full-scale installation of a network of pipes in trenches around the four reactors that were destroyed in the March 11 Great East Japan Earthquake and the ensuing tsunami. Officials of the Tokyo Electric Power Co. (TEPCO) have expressed the hope that by freezing the soil they can prevent more radioactive ground water from seeping into the ocean.

Small-scale tests have been carried out at the site for several months, with experts confident that the ambitious project will solve at least some of the problems that continue to plague the crippled plant. "Beginning construction of the 'ice wall' represents another milestone in our overall effort to move forward in decontamination and decommissioning at Fukushima Dai-ichi," said Naomi Hirose, president of TEPCO.

A Japanese court has rejected a restart of two nuclear reactors at Ohi north of Osaka. It’s a blow to the government’s plan to reduce dependence on imported fossil fuels. No reactors are currently operational in Japan. (21.05.2014)

As the third anniversary of one of the worst natural disasters to strike Japan approaches, around 20,000 people have been confirmed dead or are still missing as repair work in the northeast of the country continues. (04.03.2014)

With scant energy and mineral reserves of its own, and nuclear plants mothballed since the Fukushima nuclear disaster, Japan is investing heavily in exploring beneath the oceans for resources that will power its future. (17.01.2014)

Tests were under way when DW visited the plant in March, shortly before the third anniversary of Japan's worst natural disaster in living memory.

Japan's Nuclear Regulatory Authority was sufficiently convinced of the value of the tests to grant approval on May 30 for the full scheme to be implemented. Starting at the north-west corner of an area around the four damaged reactors, 1.5 kilometers of trenches are being excavated and thick piping laid.

An environmentally safe brine that has been chilled to minus 30 degrees will be pumped through the 1,550 pipes to freeze the surrounding earth and act as a barrier for the groundwater.

The Y32 billion (314 million USD) project is scheduled to be completed in early 2015 and is designed to prevent water that falls on higher ground from penetrating the surface and flowing into the basements of the reactor buildings. As much as 400 tons of water is entering the basements every day, where it is mixing with water that is being used to keep the reactor cores cool. Contaminated with high levels of radiation, it then continues into the sea.

Experts believe the ice wall will reduce the amount of water entering the reactor basements by some 280 tons every day and enable them to use decontamination equipment to purify water that is presently being stored in huge tanks at the site.

According to TEPCO, 480,000 tons of contaminated water is presently being stored at the site and there have been a number of incidents in which water has leaked into the surrounding environment, causing further outcries.

"We are very glad the authorities have granted approval for work on the ice wall to start and we do see this as a very important first step towards solving the problem of contaminated water at the site," said Lady Barbara Judge, who was invited to join TEPCO in October 2012 as an outside expert and given the task of instilling a new culture of safety throughout the organization. 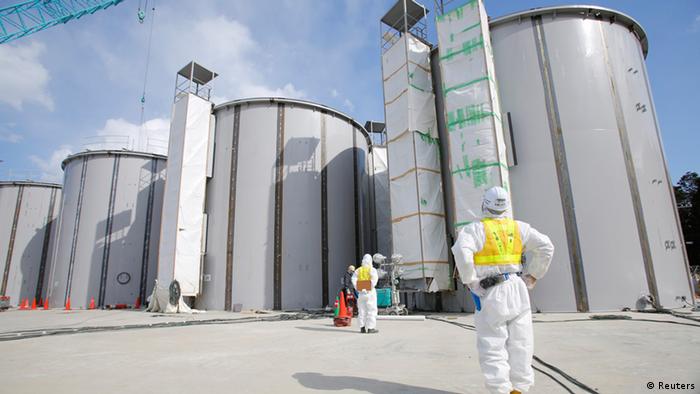 "I would say that TEPCO and its staff need a little good news and a success or two to keep going," Lady Barbara, a two-term former director of the United Kingdom Atomic Energy Authority, told DW.

"I see this as a milestone and every time that something goes well, then the tasks that lie ahead get that much easier," she said. But not everyone believes that the ice wall will be effective or even work as the engineers predict.

"We have to ask why they are pushing ahead with this plan when two of the three initial tests, which were carried out on the seaward side of the plant, failed," Aileen Mioko-Smith, of the Kyoto-based Green Action Japan, told DW. "They have moved the construction to the landward side now and they say it is working, but I see no evidence that it will be effective," she said.

"And what if there is another earthquake, even a minor one?" she asked. "That would damage the pipes and render the entire system useless." On top of that, Mioko-Smith points out, you have the massive initial cost of the system, plus the daily expenses of running the coolant to keep the ground frozen. The wall will consume the same as 13,000 ordinary households, at an annual cost of around Y1 billion (9.76 million USD). 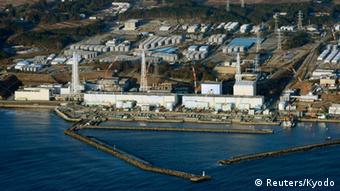 The Japanese media is also questioning the wisdom of focusing on the ice wall when the larger issue concerns rendering the three reactors that suffered core melt-throughs safe and, eventually, decommissioning all the reactors at the site.

"There is no reason to place overly high expectations on the ice walls," the Yomiuri newspaper stated in an editorial. "Considering the fact that there has been constant trouble with the countermeasures taken so far to deal with the radioactive water, it is essential to carry out several measures in parallel," the paper added.