A Japanese court has rejected a restart of two nuclear reactors at Ohi north of Osaka. It’s a blow to the government’s plan to reduce dependence on imported fossil fuels. No reactors are currently operational in Japan. 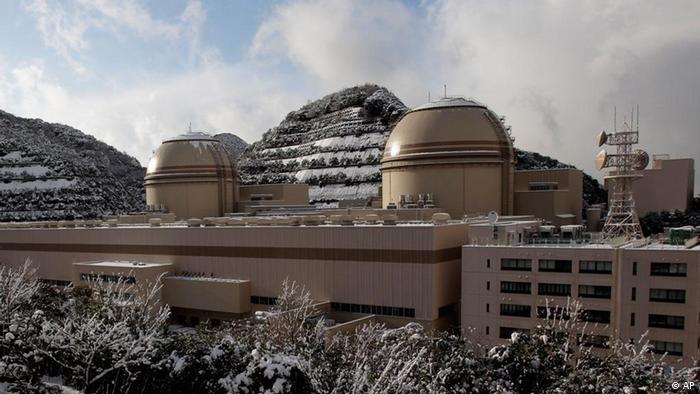 A regional Japanese court ruled Wednesday that the two reactors of the country's Ohi nuclear plant could not be restarted - at least for the time being. It's the first time that a lawsuit brought by anti-nuclear plaintiffs has been successful in Japan's forty-year history of nuclear power.

Japan has fifty nuclear reactors, but as of May 2014, none of them are in operation. All of the country's reactors were shut down for safety assessments after a major earthquake and tsunami led to the meltdown of reactors at Fukushima in 2011.

The only reactors that were allowed to restart since were Units 3 and 4 at Ohi Nuclear Power Plant in Fukui prefecture, 200 km north of Osaka. In a controversial decision, Japan's nuclear regulatory agency allowed the reactors to go on-line in July 2012, despite opposition from anti-nuclear activists and some local governments.

But the reactors were both shut down again in September 2013 for maintenance. Restarting reactors means complying with a raft of new safety standards introduced in Japan in the wake of the Fukushima disaster.

Controversy has centered on the existence of a dormant geological fault line that runs underneath the Ohi reactor site. The fault line has been inactive for many thousands of years, but anti-nuclear activists say that a risk remains.

Japanese Prime Minister Shinzo Abe wants to restart some of his country's nuclear reactors. In April, his government published a long-delayed energy policy statement that aims to revive nuclear power as a core part of Japan's energy mix. The court ruling on the Ohi reactors is a blow to those plans.

Before the Fukushima disaster, nuclear power supplied about 30 percent of Japan's electricity. Analysts see a good chance of restarting about a third of Japan's reactors under the new safety guidelines. Electric utilities face enormous liabilities to decommission old reactors. Operational nuclear reactors generally make tidy operating profits, but if Japanese utilities are unable to bring any of their idled reactors online, it will strain their cash flow balances.

Since 2011, Japan has relied heavily on imported fossil fuels for its electricity generating needs. This has led to a negative trade balance for the past two years - an exceptional circumstance for a country that is, like Germany, an export powerhouse.