After a positive start for the Japanese prime minister's "three arrows" of economic reform, there are growing concerns that the recovery the government promised is failing to take hold. 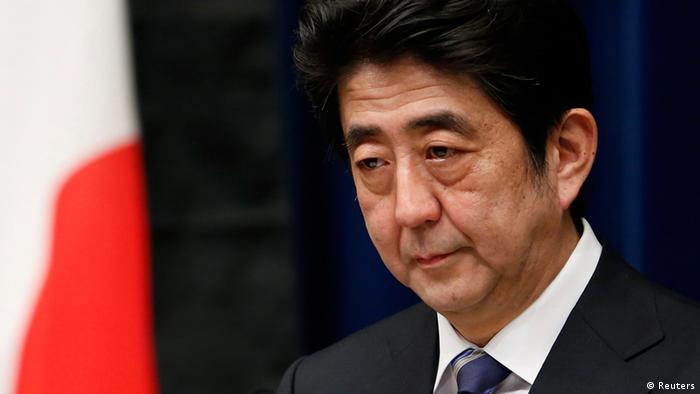 The messages emerging from the Japanese government are constantly upbeat and positive about the long-term impact of "Abenomics," the radical package of economic stimulus measures announced by Prime Minister Shinzo Abe in the weeks after his landslide victory in the December 2012 election.

In the early months of his administration, the signs were broadly positive. The premier had implemented the three connected pillars of fiscal stimulus, monetary easing and structural reforms to deal with the deeper problems that bedevil an economy that has been in recession or, at best, anemically positive, since Japan's economic bubble burst at the start of the 1990s. 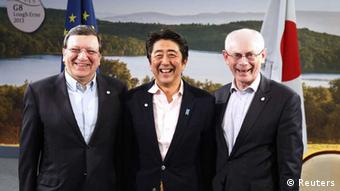 In June, Abe set off for his first Group of Eight (G8) summit in Northern Ireland buoyed by a gross domestic product that climbed at an annualized rate of 4.1 percent in the January-March quarter, while the stock market had fattened by 50 percent since the previous November.

Equally, the value of financial assets held by Japanese households leapt more than 3 percent in the final quarter of fiscal 2012, and the yen recovered from a low of Y76 to the dollar in February 2012 to above Y100 in April, pleasing exporters enormously.

Nevertheless, Abe's economic policy already had its detractors, many of whom suggested that his policies were thin on details of how precisely he planned to turn around an economy that has been in the doldrums for more than two decades.

And 14 months after he took office, the signs are suddenly far less positive. The Finance Ministry reported on February 20 that Japan logged a customs-cleared trade deficit of Y2.8 trillion (27.4 billion USD) in January, the largest monthly deficit since comparable data was first compiled in 1979.

Shinzo Abe's first term as Japanese PM ended after just 365 days. But the politician has reinvented himself in his second term and could become one of Japan's most influential leaders in decades, experts say. (25.09.2013)

After six years of political deadlock, PM Shinzo Abe's ruling coalition has won a majority in the upper house of parliament. Political analyst Sota Kato takes a look at the significance of the recent election. (22.07.2013)

The deficit was worsened by the high cost of fuel imports to meet the thirst for energy while the nation's nuclear reactors remain offline. The weakening of the yen against other key currencies also contributed to an increase in the value of imports.

The figures compounded data released earlier in the week that showed that the national economy had grown by a surprisingly weak 1 percent on an annual basis in the final three months of 2013.

And economists warn that worse may still be on the horizon, as energy demand will increase in the hot summer months, while consumer spending - which has been firm in recent months - is expected to dip when the consumption tax rises from 5 percent to 8 percent on April 1.

Bloomberg News analyst William Pesek describes Abenomics as a "splashy and fascinating marketing campaign," but adds that it has so far failed to deliver quite what it promised.

"I'm waiting for something that I can see, touch, turn upside down and get a feel for," he said. "I'm still waiting for the product. In many ways, 2013 was a missed opportunity for Abenomics."

And while the first two of Abe's arrows broadly worked - quantitative easing shifted the currency rate, the stock exchange bounced back, supplementary budgets were put into motion and the tax rate is set to rise - Pesek believes the prime minister needs to do more to demonstrate to the rest of the world that his third arrow is in flight. 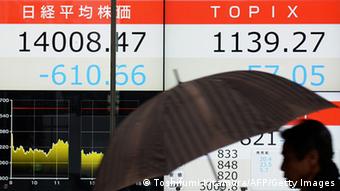 One way of doing that would have been to tackle one big new reform each month. But so far Abe has been somewhat sidetracked by trying to be an ambassador to sell nuclear power plants to Vietnam and Turkey, as well as getting caught up in diplomatic rows with China and South Korea over sovereignty and history.

"I feel that Abe has failed to deal with the third arrow and instead of taking bold measures to attack the vested interests that needed to be dealt with, it's as if he was making sure that he did not upset any of the key factions in his Liberal Democratic Party," Jun Okumura, a visiting scholar at the Meiji Institute for Global Affairs, told DW.

"Right now, it could be argued that the economy is still doing quite well in terms of consumption and exports, but I see no conspicuous boosts in the months ahead," he added.

"And unless he works harder on the third arrow now, Abe runs the danger of not having something substantial to point to when the economy eventually faces a downturn," he emphasized.

Labor issues require attention, Okumura said, along with measures that will go some way to at least staving off the looming demographic crisis of an ageing society. Changes in the agricultural sector are also required, along with revisions in the social security net. "The first two arrows were essentially macroeconomic tools designed to jump-start the economy, but the structural defects have not changed," Okumura said. "The third issue was always going to be the biggest challenge because it is such a radical re-engineering of Japanese society.

"Abe, or someone in his administration, needs to show real vision to meet this challenge," he said. "This nation needs someone with economic skills of Nelson Mandela proportions - that's the scale of the issue we face."