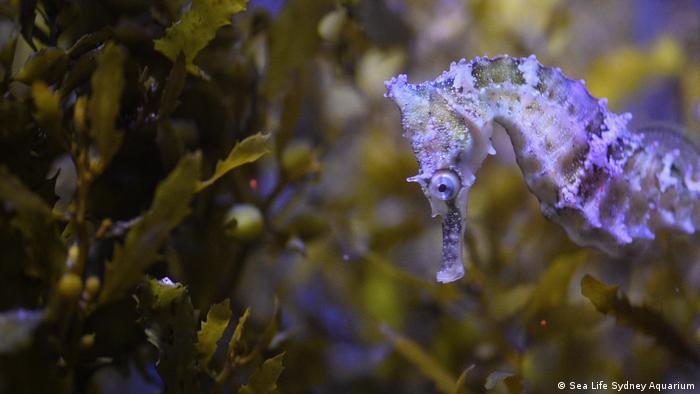 It can grow to a maximum of 16 centimeters, change color depending on mood and habitat, and, like all seahorses, the White's seahorse male gestates its young. But this tiny snouted fish is under threat.

White's seahorse, also called the Sydney seahorse, is native to the Pacific waters off Australia's east coast. In recent years, populations have decreased drastically. It and the South African Knysna seahorse are the only two out of around 50 seahorse species to be listed as endangered.

A wild storm season from 2010 to 2013 left the Sydney seahorses' habitat in tatters, wiping out 90% of the population in the area. Several large storms shifted huge volumes of sand, smothering the soft corals, sponges and seagrass they call home. 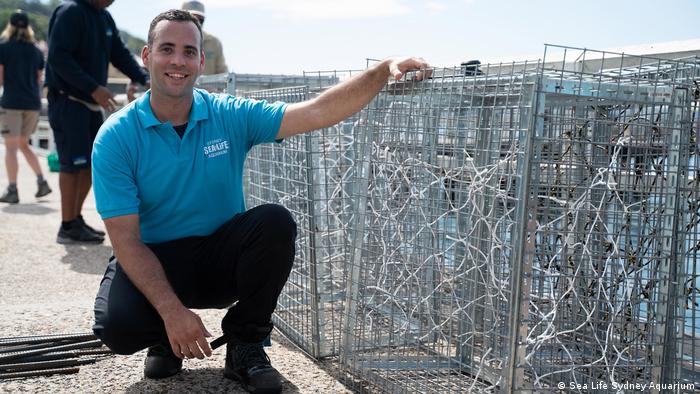 "There are two things that we're trying to gain from this project," said Robbie McCracken, an aquarist at Sydney Sea Life Aquarium, who's working with researchers from University of Technology Sydney and the New South Wales DPI Fisheries on the program.

"Number one is that we can breed these animals in an aquarium to release them into the wild. And number two is that the seahorse hotels provide a suitable environment for them to live on."

Seahorses are found in tropical and temperate coastal water worldwide, but are most abundant around Australia, China and the Philippines.

Trade in the tiny creatures is strictly regulated because of their use in traditional medicine, aquariums and their sale as dried curios. But because they are poor swimmers and cannot easily move elsewhere, habitat loss is a particular threat for these curious animals.

Seahorses wrap their tails around seagrass and corals to avoid being carried away on currents. They use the habitat to spawn and hide from predators such as crabs, while also feeding on riches of plankton and small crustaceans living in the reef. 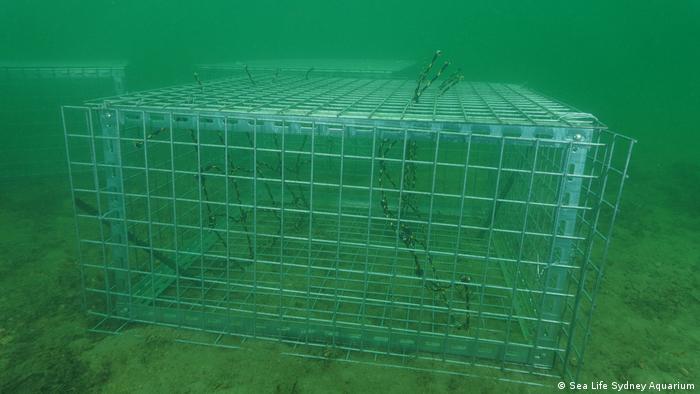 Seahorses usually make a home in coral reefs, but the wire hotels give them similar protection from predators and currents

Where corals aren't available, scientists found seahorses taking up residence in fishing nets and old crab traps abandoned at the bottom of the ocean.

This inspired the Sydney team to increase available habitat in the famous Australian harbor by building cages of net and steel. Over time, algae, sponges and corals colonize the structures, creating a safe, welcoming environment for the seahorses, say the researchers. The hotel frame will eventually corrode, leaving behind the coral mounds that have grown around them.

The researchers trialed the first hotels in 2018. Within two months, seahorses had begun to move in and soon a few males fell pregnant. Knowing that the hotels were a hit, the next step was to boost seahorse numbers.

In 2019, the team caught eight pairs of White's seahorses — the creatures are monogamous and, so, mate with one partner for life. The babies were born in September and October of last year.

Mixing with the locals

Baby seahorse mortality is high in the wild because they are easily caught, so those bred in the protected environment of the aquarium weren't ready to be released into the wild until early May. 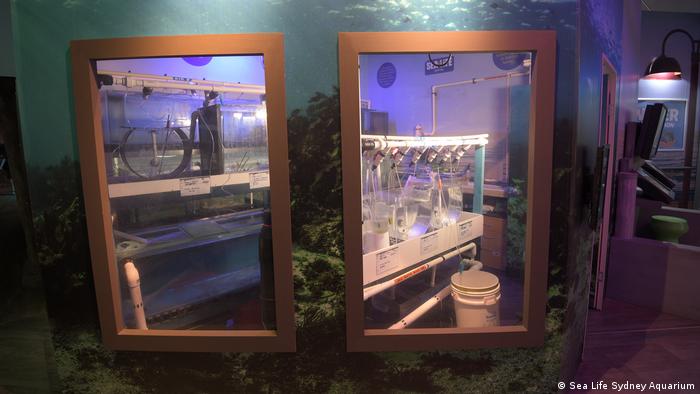 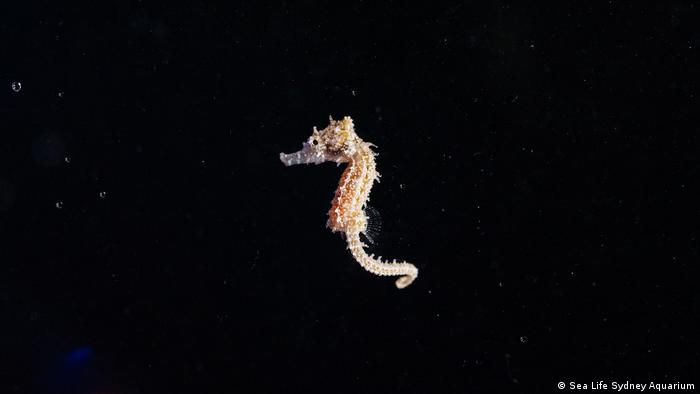 Seahorses are particularly abundant in the coastal waters around Australia, China and the Philippines.

The team released 90 new arrivals into Sydney Harbour, placing some directly into the purpose-built hotels, and others onto a net that wild seahorses had already settled on.

Before setting them free, the researchers marked each young seahorse with a fluorescent tag with unique IDs inserted just beneath the skin to track how they get on in the different environments.

"The most exciting part was being able to put these animals into the wild and then go back a month later and still see them surviving and growing," said McCracken.

The seahorses will be old enough to mate and reproduce around October or November 2020. And researchers hope that by then, they will be able to breed with the wild population. 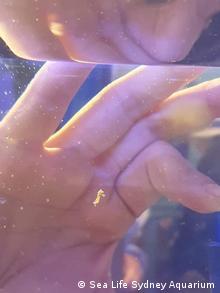 With seahorses everywhere facing the loss of their coral reef homes, similar projects have sprung up in places like Greece and South Africa, home to the world's most endangered seahorse, the Knysna seahorse.

"The endangered South African seahorse is benefiting from something quite similar, even though it wasn't intentional," said Peter Teske, professor at the Department of Zoology, University of Johannesburg.

Read more:  Europe's seas to lose almost a third of life due to climate change: report

In the South African case, seahorses have bedded down in "Reno mattresses" — wire cages filled with rocks — that were used to build a new marina. Researchers from NGO Knysna Basin Project found the structures acted as a refuge for the animals.

While Teske describes the seahorse hotels as "a positive news story" and a great way to create public awareness of conservation, he added that establishing artificial habitats in some areas will only prevent the extinction of local populations.

"For a complete recovery, it is necessary to give the natural habitat a chance to regenerate," said the seahorse expert.

In Australia, the researchers hope the project could provide an opportunity to raise awareness not only of the plight of the Sydney seahorses but the other animals with which it shares its ocean habitat.

The waters around Sydney and the east coast are rich in biodiversity and include several threatened species like the weedy seadragon ⁠— a relative of the seahorse ⁠— and the grey nurse shark. Like the seahorse, they're also under pressure from pollution, ocean traffic and habitat loss through storms and coastal construction.

"It's a good thing to get people's support and interest. The seahorses are a useful vehicle to get people concerned if the harbor is in trouble," said David Booth, professor of marine ecology at the University of Technology Sydney who is also working on the project.

The hotels have become an attraction for divers hoping to catch a glimpse of these small but near mythical creatures.

"Everyone loves seahorses," added Booth, "they are so popular."

Vultures have always had an image problem. But when their numbers plummeted, Nepalese conservationists hit on a novel way to turn feared foe into feathered friends.