Who is allowed to limit citizens' freedoms and to what extent? In federalized Germany, unlike in centrally governed nations, each individual state is responsible for protecting the people in it. 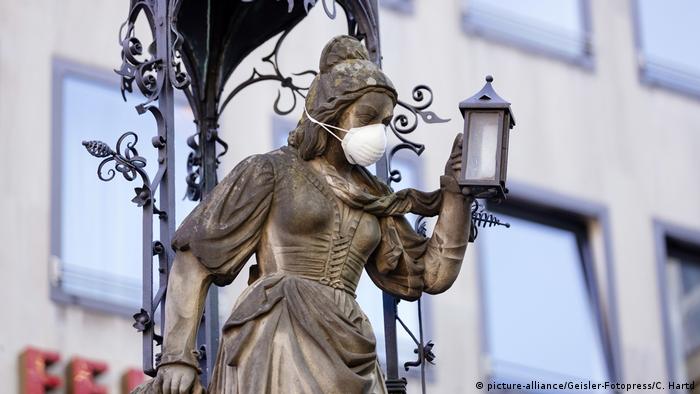 Across the world, nations are taking measures to stem or at least slow the spread of the new coronavirus. But there are definitely legal differences between countries. In China, no nationwide state of emergency was declared under law; instead, a number of regional measures were imposed. In Italy, a state of emergency was declared, initially in the north of the country and later for the entire republic.

Spain also declared a state of emergency, as did the United States, where President Donald Trump imposed one nationwide on March 13, a move that made it possible for the federal government to provide financial assistance. The US states have additional powers and are permitted to introduce measures of their own and restrict their citizens' freedom of movement. The legal situation in Germany

In the Federal Republic of Germany, the 16 states, or Länder, carry the responsibility in emergency situations. From a purely legal point of view, they are the primary authorities in charge of protecting citizens from dangers and disasters. That is why the national German government is constantly holding discussions with the state premiers about how to fight the spread of COVID-19.

Declaration of a 'case of disaster'

To be able to effectively cope with an emergency, the German states can declare a "disaster." Each Land has its own laws on disaster control and civil protection, but these differ only marginally from state to state. The objective of these laws is to organize processes under the special circumstances so that authorities and emergency services such as the fire brigade, the Red Cross or the Federal Agency for Technical Relief (THW) can operate effectively and in coordination with one another.

Read more: What is a state of emergency in Germany? 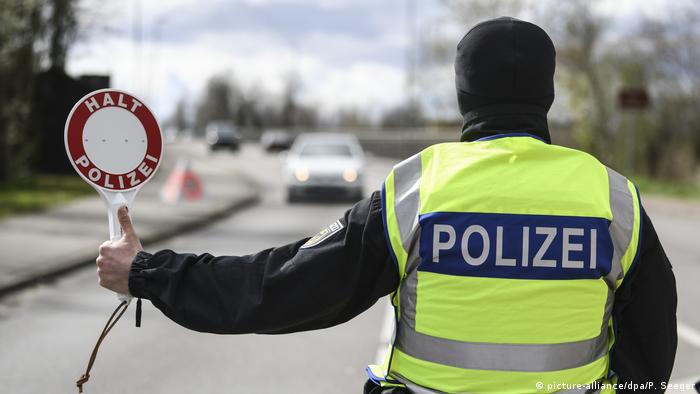 Individual freedoms can be restricted in times of crisis

Law on protection against infections

The provisions of the Protection against Infection Act, in force since 2001, go further. It is a federal law, but one that expressly relies on the cooperation of all state authorities. In other words, the Länder can act on it as well. This law allows quarantine measures and restrictions on leaving the home that can go as far as full curfews to fight infectious diseases.

If a full curfew is imposed, it is forbidden for people to leave their houses or apartments. There are exceptions in the case of doctors' visits, shopping or taking care of those in need of help. Mere restrictions on going out are less drastic. In this case, it can be clearly defined and decreed what is concretely banned and what is still allowed, such as walks on one's own or with family members who live in the same home. This makes it possible to reduce social contacts to a large extent while not going so far as to unnecessarily ban the healthful activity of spending time outdoors. 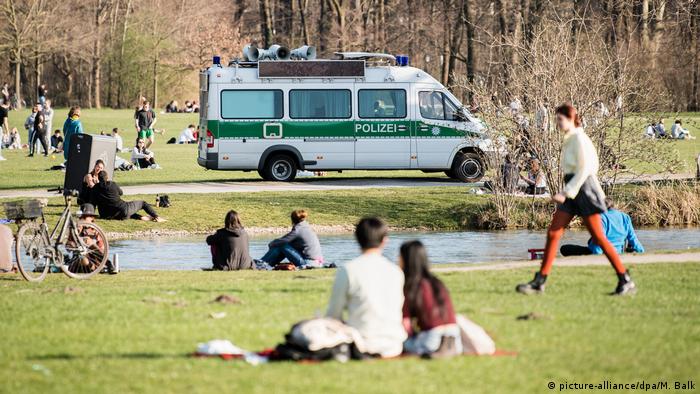 Although at the moment it is the individual German states that are bearing the brunt of responsibility, the German federal government also has legal means at its disposal in times of crisis. Under laws passed in 1968, it can declare a state of emergency, although it has never done so up to now. The laws would give the government the power to give instructions to the state legislatures to deploy federal police and even the army across the country — domestic deployments of the armed forces are otherwise strictly limited by Germany's constitution.

The states can also be asked to restrict basic rights, including the right to freedom of movement and even the right to privacy of correspondence. The emergency laws were decreed amid the pressures of the Cold War but also because the Allies made them a condition for handing over full sovereignty to the Federal Republic of Germany after the Second World War to protect their troops still stationed in the country. At the time the laws were passed, there was considerable resistance from among the student movement and the unions. This was partly because the Nazis had misused the emergency laws that were in force at the start of the 1930s to seize power.

State governments across Germany tightened restrictions on movement in an effort to stop the spread of COVID-19. Authorities have indicated peoples' behavior Saturday will be key in determining further lockdown measures. (21.03.2020)