Electric taxis — a welcome drop in Nairobi's pool of emissions

An electric taxi can travel 150 kilometers on full charge. As the Kenyan capital struggles with air pollution, electric taxis are an opportunity for cleaner transport and also a way to make money. 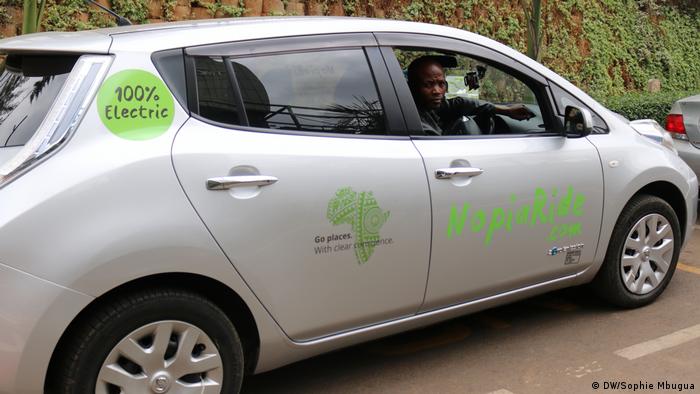 Four months after Tom Ambani acquired his electric powered Nissan Leaf, the 40-year-old father of four can't imagine his job without it.

"The car is powerful, silent, does not pollute the environment and it's saving me good money," he told DW. Ambani is a taxi driver with Nopia, a ride-sharing company which offers zero-emission transport in the bustling city.

Launched in Kenya in August 2018 by Finnish company EkoRent — which started out as an electric car rental app in Helsinki — Nopia  has so far installed five charging stations in three locations, including the Two Rivers Mall, the Hub Karen and Thika Road Mall. The Two Rivers Mall operates a 12 megawatt solar and diesel power station, while Hub Karen has installed a 450 kilowatt solar electric power generating plant.

An electric vehicle runs on the electricity stored in batteries. Ambani is able to drive about 150 kilometers on full charge. He usually drives 200 - 250 kilometers a day. After each trip Ambani recharges for convenience, which takes approximately 20 - 30 minutes. Once empty, each car takes about an hour to fully charge. 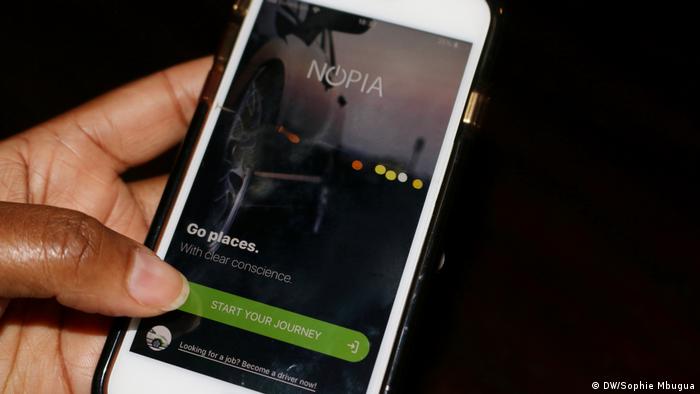 "We installed charging locations within the eco-friendly malls [so we could] tap into their energy," EkoRent Country Director, Ken Osano, told DW. "We are collaborating with other partners [to find more] strategic locations such as off main roads, because malls are not the most convenient locations for charging systems."

Osano says Nopia plans to eventually go 100 percent green with the help of solar powered charging stations. The company hopes to scale up to about 150 - 200 vehicles by mid 2020, with the ultimate goal of building a much larger fleet of 1,500 vehicles by the end of 2021.

"We are coming from a highly effective system with fuel stations located strategically, despite the high pollution levels," says Osano. "This is] a current challenge for the electric vehicle industry. Assurance for the driver that they can drive anywhere, anytime, without restriction is important."

Like many other African cities, Nairobi relies heavily on fuel-based individual transport and shared taxis or minibuses known as matatus. According to the Green Economy Strategy and Implementation Plan 2016 - 2030, Kenya's transport related carbon dioxide (CO2) emissions have doubled over the last ten years.

As the population continues to grow over the next decade, the majority of African countries will also have to deal with massive vehicle fleet growth. The United Nations Environment Program (UNEP) stresses the need to channel that growth into low emission transport, otherwise such a drastic increase in air pollution may make some cities uninhabitable.

Through its Nationally Determined Contribution, Kenya committed to reduce its emissions by 30 percent by 2030. But Kenya's transport emissions have tripled between 2010 and 2030 as the country continues to grow. 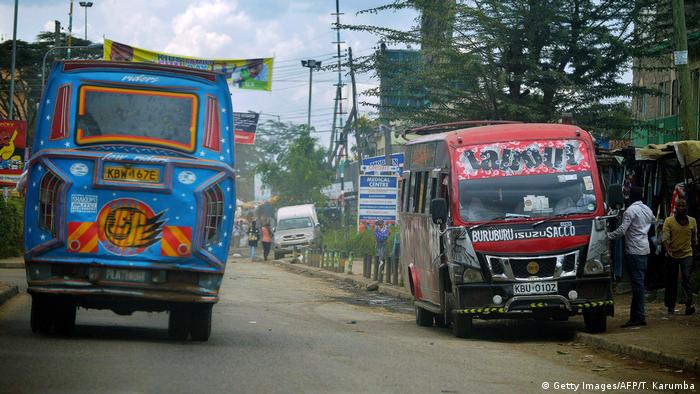 "The 10% excise duty is good, but it will be negated by the current retail selling pricing policy recently introduced by the government," says Osano. "The government should zero rate electric cars and capitalize on the business opportunities, jobs and the circular investment to be created by the electric vehicle industry."

Kenya's Ministry of Energy reports that renewable energy makes up approximately 90% of Kenya's energy sources. In that context, introducing electric vehicles won't have a major impact when it comes to reducing Kenya's CO2 emissions, according to Knights Energy managing director, Francis Romano.

Electrifying buses and railways on the cards

"Consumption of electric vehicles is on voluntary basis," he told DW. "The government should intervene by introducing policies against internal combustion engines. People will adopt electric vehicles as an alternative to a punitive policy somewhere as they are the ones meeting the stringent regulations."

By mid 2023, Kenya hopes to develop and use electric hybrid buses and electrify the Standard Gauge Railway (SGR). This is according to its National Climate Change Action Plan (NCCAP) 2018-2022 — a five-year plan which aims to steer Kenya's climate change action. 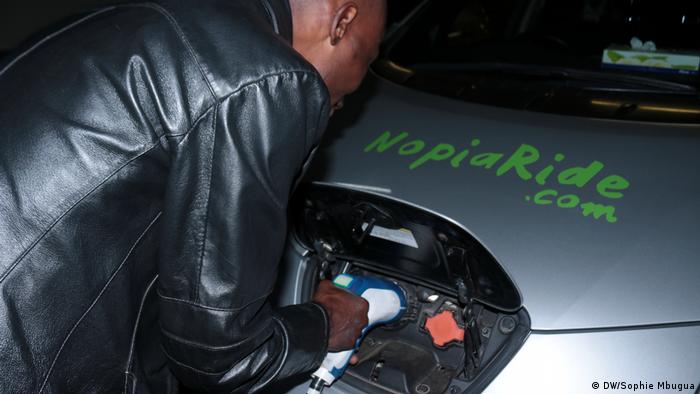 But, for now, Ambani is enjoying earning an extra 50,000 Kenyan Shillings ($485, @434) every month. He pays Nopia Ride 5 Kenyan Shillings per kilometer to access their app and charging system. He hopes the electric vehicle industry will grow, enabling him to own more than one car.

"I repay the car loan by about 49,000 Kenyan Shillings monthly," he says. "If all goes to plan I should repay it fully in less than two years. I plan to employ a driver and apply for a new car. This is my investment plan."

Osano hopes that the Nopia pilot program will prove to be a viable business model in Kenya, especially in the wake of its population growth and its quest to curb emissions, as it strives to become a hub for the electric vehicles industry.

"Kenya has all the ingredients," he says. "It has vast sources of renewable energy. Kenya should create an enabling environment and be the locally assembling hub for the rest of Africa."