Egyptian President Abdel Fattah el-Sissi has been condemned by Human Rights Watch for "flagrant human rights abuses" during his first year in power. The Obama administration also sent a critical report to Congress. 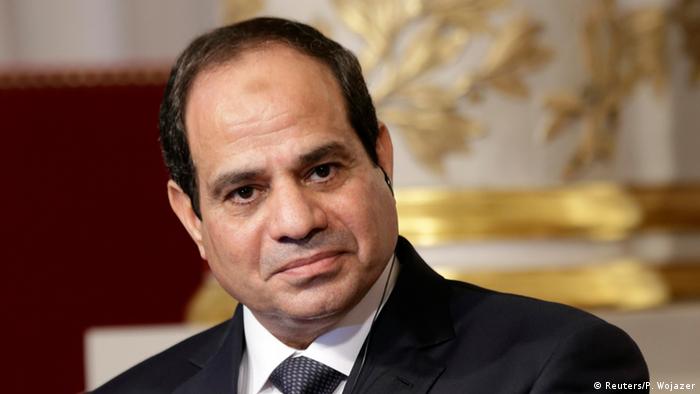 "The el-Sissi government is acting as though to restore stability Egypt needs a dose of repression the likes of which it hasn't seen for decades, but its treatment is killing the patient," wrote Joe Stork, HRW's deputy Middle East and North Africa director.

Since the removal of democratically elected president Mohammed Morsi in July 2013, hundreds of his supporters have been killed and thousands jailed. Egypt says Morsi's party, the now-banned Muslim Brotherhood, is a threat to national security.

El-Sissi was sworn in on June 8, 2014 following a landslide election victory, one year after he ousted Morsi.

"Over the past year, el-Sissi and his cabinet have provided near total impunity for security force abuses and issued a raft of laws that severely curtailed civil and political rights," said HRW.

The group called on Western governments to stop overlooking government abuses. "Continued silence from the United States and Europe legitimizes el-Sissi's flawed logic that the state's clampdown on its own citizens will yield stability," said Stork.

The Obama administration sent a critical, six-page report on Egypt to Congress on May 12 but still recommended the US continue sending $1.3 billion (1.15 billion euros) in mostly military aid. The administration is obliged to send a regular report to Congress.

While Egypt had implemented some democratic reforms, "the overall trajectory of rights and democracy has been negative," the administration noted.

"Except in rare instances, police and security forces have not been held accountable for alleged human rights violations," it said.

The administration’s report credits Egypt with beginning to overhaul its economy by cutting subsidies, increasing taxes and improving the business climate, "including for US businesses."

As Egypt is the most populous Arab state and a bellwether in the region, its "success or failure impacts the prospects of peace, stability, democracy and economic growth across the Middle East," it said.

An estimated 16,000 people have been arrested in Egypt between July 2013 and March 2015, some for being members of the Muslim Brotherhood and others for violating a demonstration law.

'Nothing to talk about' - Lammert backs out of el-Sissi meeting

With a meeting between Chancellor Merkel and Egyptian President el-Sissi approaching, Berlin's opinion on Egypt is increasingly divided. The Bundestag's Norbert Lammert has canceled his participation in the meeting. (20.05.2015)