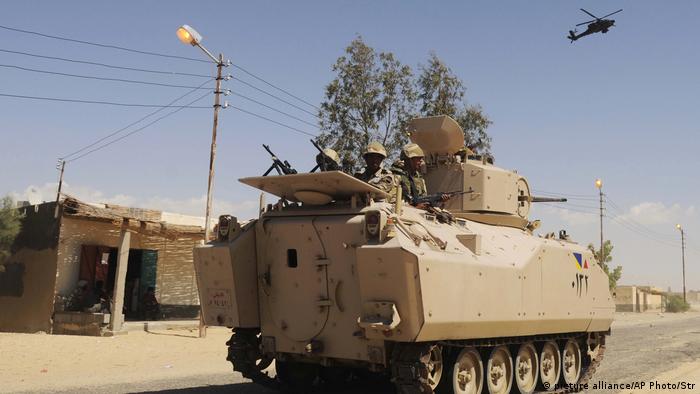 Egyptian soldiers were targeted when their armored vehicle was hit in a blast in the restive northern Sinai region on Thursday, the Egyptian army said.

Army spokesman Tamer Refai said that 10 soldiers were either killed or wounded in the incident, but did not specify how many of them had died. There was at least one officer in the group.

President Abdel-Fattah el-Sissi gave his condelences in a post on Facebook, praising the soldiers as "heroes" and "martyrs."

The Egyptian military has for years been waging a bloody insurgency against Islamist militants in Egypt. Violence escalated in 2013, following the ouster of President Mohamed Morsi by the army.

Scores of Egyptian security personnel have been killed in attacks, primarily by militants from a local affiliate of the Islamic State group.

According to army data, at least  845 suspected militants have been killed in the region along with more than 60 security personnel.

Read more: Egypt's President el-Sissi's one year as head of the African Union