Economic pain bites into Putin′s popularity | Europe| News and current affairs from around the continent | DW | 01.02.2016 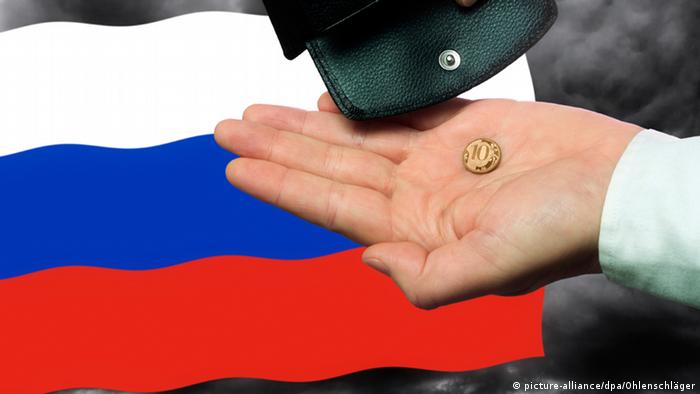 It's a brave man that criticizes policies made by the Russian government, but German Gref, the millionaire, Kremlin insider and head of one of Russia's largest and state-owned banks, Sberbank, has done just that.

Gref, the former economics minister under Putin in the 2000's says Russia has fallen into what he calls the category of "downshifter" countries - those that have failed to adapt to economic and technological change.

Despite opening a new multi-million dollar center of supposed technological excellence at Skolkovo in 2010, Russia has so far failed to transform itself into a rival of Silicon Valley in the US.

Far from proving the adage right that "if you build it they will come," it seems Russian investors are preferring to put their money in foreign tech companies, with billionaire Alisher Usmanov putting what is said to be 'several tens of millions of dollars' into the online taxi booking service, Uber, according to the Moscow Times. It also claims Viktor Vekselberg, billionaire and president of the Skolkovo Foundation, (whose company, Renova Group, has allegedly benefitted from multi-million dollar grants from the Foundation according to Russia Today), has apparently bought a minority stake in the US-based new media company Gawker Media, via Renova's US arm, Columbus Nova Technology Partners.

While people are free to invest wherever they like, these are the latest in a round of investments in tech companies out of Russia, and as analysts like Internet entrepreneur Anton Nossik point out, it's hardly a vote of confidence in the local product.

And this is precisely the time when local investment is needed. As Gref warns, without a massive overhaul and significant investment in state institutions and education, Russia will end up lagging behind while other countries surge forward - and the economic result of that will be significant. 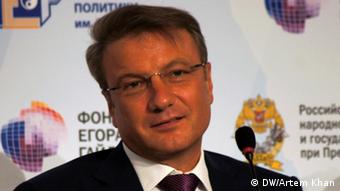 At the moment the ruble is in serious trouble, worth about half of what it was before it started its slump at the end of 2014. While some are likening the situation to the economic collapse of 1998 - where inflation soared to 300 or so percent, the head of Russia's Central Bank say it's not the same. The government is however preparing an austerity budget and Gref says growth in 2016 will be close to zero.

But austerity is already biting. A few weeks ago members of the emergency services in Moscow said they had not been paid. They have in the meantime received their payment for December but have been told their annual bonuses are on hold until the end of the year. The car manufacture AvtoVAZ has announced it will put workers on a four-day week - effectively slashing their salaries by 20 percent - to compensate for falling sales. AvtoVAZ is just one of a number of companies that have cut worker's wages via shorter hours and while their actions have helped keep the unemployment rate at around 6 percent - that equates to about 4.3 million people and is up by over 7 percent on 2014. As a result of the sanctions against Russia, low oil prices and a weak ruble, food prices have risen by about 30 percent, while at the same time the government's office of statistics, Rosstat, says real wages fell by 9.5 percent last year.

Clearly people are starting to feel the pinch and opinion polls are reflecting it. This month the independent pollster, Levada, said its survey of 1,600 people showed that President Putin's popularity had dropped for the first time since the annexation of Crimea in 2014 to 82 percent. While that's still impressively high it's down almost 8 points from its highest point in June 2015.

In response to a question of whether Russia is 'moving in the right direction' just 45 percent agreed it was. That's down 21 points from last June.

To get that addressed the government has said it will sink billions of rubles into job creation and other measures to stabilize the economy, but getting the sanctions lifted would also go a long way toward easing the pain, because then Russia in turn would lift the sanctions it's imposed on the EU and others in retaliation. 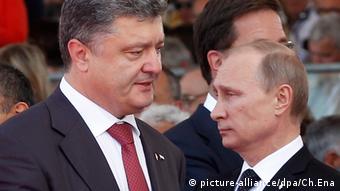 Putin is dragging his feet over the Minsk agreement

Lifting the sanctions, however, means Russia will have to fulfil its part of the Minsk agreement over Ukraine and so far it seems there are sticking points over autonomy for Donetsk and Luhansk and on whether or not Russia has removed all of its troops from the region. But this needs to be resolved and in order to do so quickly, Putin may have to do something that is anathema to him - concede some ground on autonomy and withdraw completely. His future at home may depend on it.