'Merry Christmas and a happy new set of sanctions to you' is Russia’s message to Ukraine from January 1. Fiona Clark wonders what will be left to eat in Moscow come the New Year. 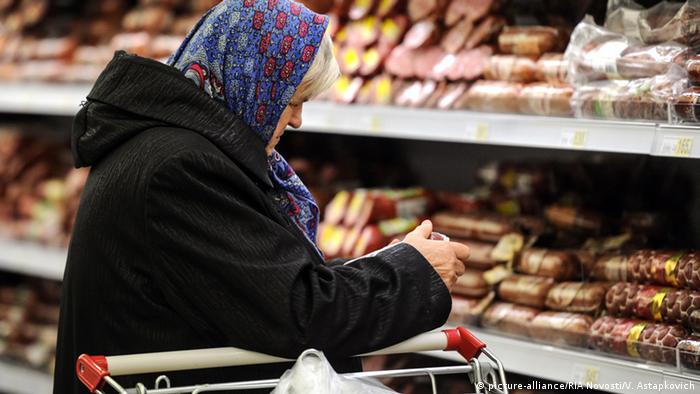 Just how many countries can you sanction simultaneously? Well, if you're Russia, it seems the list is pretty much endless.

First, in retaliation for Western sanctions imposed on Moscow over its actions in Crimea and western Ukraine, Russia banned the import of a long list of products from the EU, US, Canada, Australia and Norway.

Then other countries were added to the list, including Liechtenstein, Albania, Montenegro and Iceland, as punishment for their support of the West's sanctions. The ban of imports from the EU and US is said to be costing them somewhere between $9 and $11 billion (8 -10 billion euros) ,with products ranging from milk and cheese to meat, fruit and vegetables cut from the list of approved goods. 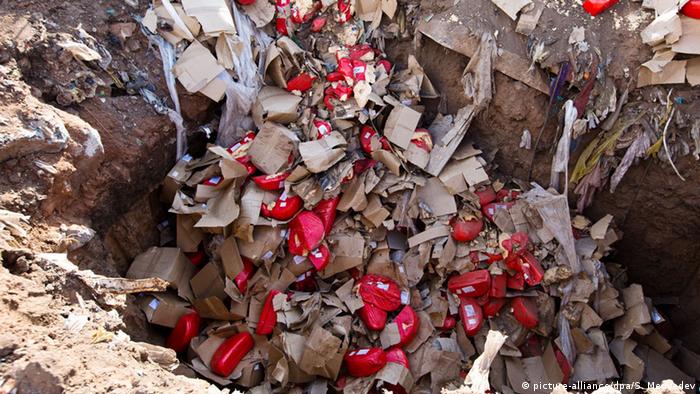 Down in the dumps: Many Russians are wondering where their food will be coming from

The next to be added to the sanctioned list was Turkey for the downing of Russia's fighter jet that allegedly flew into Turkish airspace a few weeks ago. Bans on imports of a host of products from Turkey, including meat, fruit and vegetables, will come into effect on January 1. And now - bringing the grand total of sanctioned countries to 38 - products from Ukraine, which used to be known as the "bread basket" of the Soviet Union, will also be banned as Russia punishes it for its bid to join a European trade agreement. It's not clear at the moment exactly what products will be affected, but whatever they are, they won't be crossing the border after December 31. 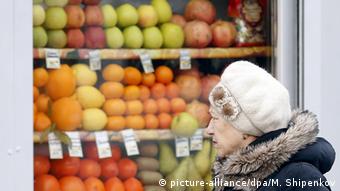 Turkish delights? There won't be much left come the New Year

All of this makes you wonder what exactly will be left on supermarket shelves in Russia come the New Year. They aren't empty at the moment, but the assortment of products is significantly reduced, especially when it comes to dairy products. There used to be a myriad of yogurts and cheeses, but now the varieties are extremely limited, and even though Russia is making copies of popular types of cheese such as Gouda or mozzarella, the majority are made with palm oil because Russia can't produce enough milk to satisfy demand. About the only ones who are benefiting from the situation are the artisanal producers who have launched their own lines of goat cheese or soft varieties such as brie, but you have to be pretty well-off to afford them.

Russia has already warned of food shortages in the New Year as it struggles to find new markets in Africa, South America and Asia to fill the void while the products that used to come from Turkey disappear from the shelves - tomatoes, cucumbers and citrus fruits will be especially difficult to find. Russia has already said that 15 percent of products from Turkey fail to meet sanitary standards - a standard line employed when Russia is angry with a country.

The EU has voted to extend sanctions against Russia for another six months, so it's unlikely Russia's reciprocal sanctions will be lifted. The EU claims Russia hasn't done enough to secure peace in western Ukraine, but Russia says the move goes against the co-operative spirit it is now enjoying in the fight against the "Islamic State" group. How it's managed to link the two reveals a quantum leap in logic. Russia has indeed won some significant victories in the Syrian sphere - the US is no longer necessarily determined to see Assad ousted, and the US and Russia have managed to get a resolution passed in the UN that will focus efforts on stopping finance sources for IS, both priorities put forward by Putin. Being good in Syria, however, doesn't mean that all will be forgiven in Ukraine. There is no link.

In the meantime, analysts ponder why Putin is hurting his own people by imposing sanctions that limit their food supply. Well, only the wealthy are really affected. With a minimum wage about to rise to $87 or about 6,200 rubles (80 euros) a month, and an average salary of 31,000 rubles ($435, 400 euros ), the vast majority of Russians aren't eating Australian lamb or French brie. They're eating potatoes, beetroot and cabbage - just as they always have. And with real wages expected to fall by about 7.5 percent next year, it's unlikely they'll be developing gourmet tastes anytime soon.

Strangely, though, as the list of sanctioned countries grows, so does President Vladimir Putin's popularity. And with anti-Ukrainian sentiments still running high, this latest addition certainly won't hurt him. The only ones who will feel the bite are the wealthier, but ever less numerous, middle and upper-class earners - but without a decent flow of fruit and vegetables, perhaps they can eat cake?