Return of Russia′s economic rollercoaster | Europe| News and current affairs from around the continent | DW | 10.01.2016

As Russia begins the New Year, two recent events - an inability to pay salaries and a new law on currency exchanges - show the country is hurtling rapidly back to the future. Fiona Clark sees troubled times ahead. 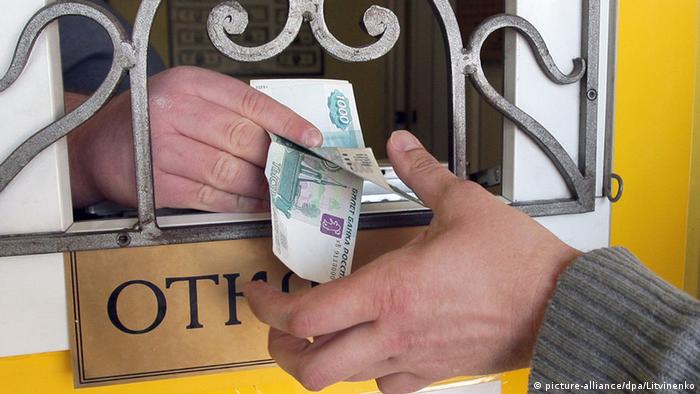 On Christmas Eve we couldn't get a taxi using any of the usual apps, so we decided to hitch home after dinner. That's not such an unusual practice in Russia; in fact since Soviet times it's been an accepted way for people to subsidize their incomes: picking up strangers and charging them a small fee to drop them wherever they want. Foreigners call them "gypsy cabs."

The man who picked us up was very pleased to finally get a fare. "You're the first people to put your hands out for ages. No one puts their hands out anymore," he said, lamenting the effect of the taxi apps that are killing the ordinary man's revenue supply. "I used to make 5,000 rubles (62 euros; $68) a night doing this, now I'm lucky if I make 2,000 a week." Then he went on to explain why he needed the money.

His son is a captain in the fire brigade. His salary was 60,000 rubles a month but he had told his father that the ministry in charge of the emergency services had just announced to its employees that their salaries would be slashed to 15,000 a month - around 190 euros.

In February the government announced its members would take a 10-percent cut from their 250,000 ruble a month pay packets, but this goes far beyond that.

"I'm so mad I just want to punch the minister in the face," the driver said, wondering how on earth his family would survive.

On hearing this we rang a friend who works for the fire department, albeit at a lower rank. His story was worse. He hadn't been paid for December. He won't be paid in January and said he'd be lucky if he was paid in February - and if he is, it won't be at his usual rate.

The reason the men at his brigade were given for the lack of payment was that Crimea was costing the country too much and cuts had to be made to help. The catchcry of "our Crimea" or "Krim Nash" that was so popular after Russia's annexation of the peninsula in March 2014 wasn't ringing happily in his ears. To add insult to injury, the employees' passports had been confiscated as they are considered to be part of the country's defense forces and as such can't leave the country in these difficult times, he was told. 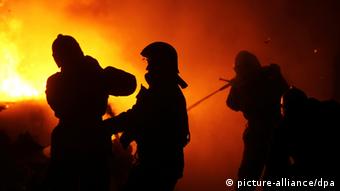 News agency Interfax has reported incidents of wages being withheld to emergency services in other regions of Russia as well, and cited the country's economic difficulties as the reason. It also said the servicemen were told budget reallocations were expected to resolve the situation in the new year.

It's been quite some time since Russia hasn't been able to pay the salaries of its government employees. The last two times in recent history were after the collapse of the Soviet Union in 1990 and again during the financial crisis of the late 1990s. It was the 1998 economic crisis - when the ruble lost a third of its value and inflation was running at 300 percent - that finally destroyed the popularity of Russia's first post-Soviet and democratically elected president, Boris Yeltsin.

Inflation is nowhere near that at the moment, hovering in the mid-teens, but the ruble has lost 50 percent of its value against the dollar and the pound, and with the price of oil dipping below the $40 a barrel mark, that's unlikely to change.

Clearly the government is worried that what little money is left in the country will disappear. Between 2014 and 2015 - as the economic crisis started to bite - there was capital flight estimated to be worth around $151 billion. A few months back staff at airports actively started asking if passengers were carrying cash out of the country since amounts above $10,000 must be declared. The last time they asked me, my reply was simple: "Unfortunately not," but the border guard said I'd be surprised how many people were carrying bags of cash in their hand luggage.

Last week legislation came into effect that says banks must ask people exchanging more than 15,000 rubles for foreign currency where they got the money from and collect their passport details and tax numbers. The government is clearly extending its crackdown on corporate tax evasion to individuals. But the reaction from people on local radio stations was that this move will only serve to fuel the rise of the black market again. 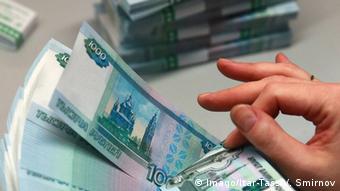 Safest under the mattress?

Russians don't trust banks. They've seen them collapse too often, taking their savings with them, so they keep their money in their mattresses, so to speak. They are unlikely to take kindly to having to provide an explanation as to how they came up with the equivalent of about 200 euros.

So far veterans and military personnel I've spoken to haven't been affected by pay or pension cuts, but the inability to pay emergency services and the crackdown on small money exchanges does not send good signals about the strength of the economy and the state of the government's coffers.

2016 may well become Russia's annus horribilis: All the signs suggest the country's economic roller-coaster history will repeat itself.

Dutch prosecutors are to look at fresh evidence on the downing of flight MH17 over Ukraine found by citizen journalist platform Bellingcat. Eliot Higgins explains why Bellingcat believes Russian soldiers were involved. (05.01.2016)

'Merry Christmas and a happy new set of sanctions to you' is Russia’s message to Ukraine from January 1. Fiona Clark wonders what will be left to eat in Moscow come the New Year. (27.12.2015)