Economic migrants from Pakistan have little chance in Europe | Asia | An in-depth look at news from across the continent | DW | 14.12.2016

Economic migrants from Pakistan have little chance in Europe

Many Pakistanis, mostly economic migrants, continue to take perilous journeys to Europe to seek asylum there. DW explores what factors are driving this migration, and whether it is worth the risk and effort. 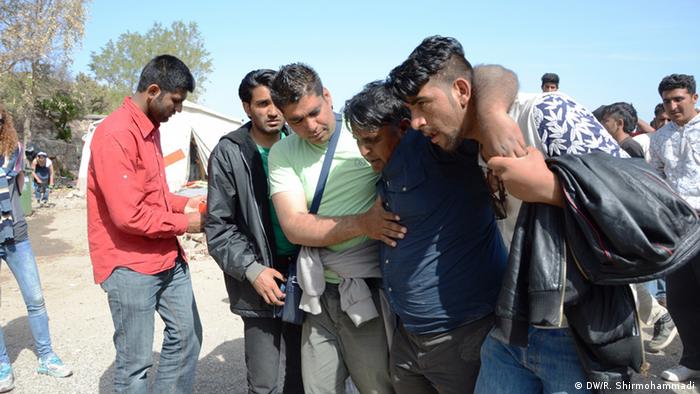 The rejection rate of Pakistani migrants seeking asylum in Europe stands at over 90 percent. DW spoke to a lawyer from Pakistan, Zia Awan, about why Islamabad is unable to control illegal migration from its soil. (05.04.2016)

As Luqman left Pakistan to fulfill his dream of reaching Europe, little did he know what fate awaited him and his family. Along with three friends, the 26-year-old left his village Naushera Virkan, situated about 84 kilometers from the western city of Lahore, on July 15, 2016.

For most of the journey, Luqman had stayed in touch with his relatives. But then he lost contact with them, as he was about to cross the Mediterranean Sea on the last leg of his journey to Greece. Three months later, two dead bodies arrived in his village - one of them was Luqman's.

For his family members, Luqman's untimely death was quickly overshadowed by the fact that they had lost a bread earner. Luqman had taken a loan of 500,000 rupees (4,500 euros) from a bank to finance his journey. Now the family has to repay the loan.

Although there are no reliable statistics available, it is believed that mostly people from the central part of the Punjab province in Pakistan travel to Europe.

The crisis in the Middle East forced over a million asylum seekers, mainly from Syria, Iraq and Afghanistan, to cross the Aegean Sea from Turkey to land in Greece last year. Though Pakistan is not a war-torn country, many Pakistanis still want to seek asylum in Europe on the pretext of being a refugee. With the help of human smuggling networks, thousands risk their lives to travel on foot via Iran to reach Turkey and then proceed to Greece or Libya to finally reach Italy.

A total of 15,058 Pakistani nationals have applied for asylum in Germany this year. But most of these applications have been rejected by the authorities. 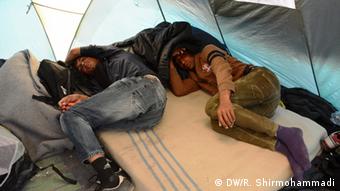 A total of 15,058 Pakistanis have applied for asylum in Germany this year

"Most Pakistanis that are reaching Europe are economic migrants," Kalle Holzfuss, First Secretary Officer for Flight and Migration at the German Embassy in Islamabad, told DW. "These economic migrants need to understand that they will not be allowed to stay in Europe," Holzfuss said, adding that only those who face persecution and who fear for their lives in their home countries can apply for asylum. But Holzfuss acknowledged that persecution against religious minorities, such as Christians and Hindus, is happening in Pakistan.

"A majority of Pakistani asylum-seekers in Germany will have to return to their countries sooner or later," the German official stressed.

German Chancellor Angela Merkel also made this point clear at the ruling Christian Democratic Union party's annual conference in Berlin earlier this month – economic migrants won't be allowed to stay in Germany. Berlin has started deporting those migrants to their countries whose asylum applications have been rejected by German officials.

Ina Lepel, German ambassador to Pakistan, says the long-term solution to the problem of illegal migration from Pakistan lies in a comprehensive approach to deal with the situation. "We have to look at the root causes and work hard to prevent and resolve international conflicts because many refugee movements are caused by them," Lepel told DW in Islamabad. 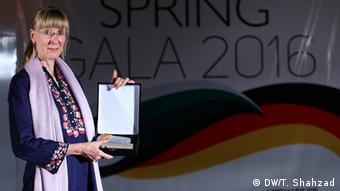 Ina Lepel, German ambassador to Pakistan, believes a comprehensive approach is needed to deal with the situation

Lepel said that to discourage people from migrating, the international community needs to focus on development cooperation with crisis-ridden countries. "We need to generate employment and livelihood for the people. The government must also work harder to make sure that Pakistanis don't feel the need to leave their country," underlined Lepel.

Lepel noted that there is no legislation in Pakistan at the moment to combat human trafficking and human smuggling. With the support from the United Nations Office on Drugs and Crime, some efforts have been made in this regard, but there hasn't been much progress on that front, she said.

"We hope that an increased awareness about this issue will lead to some sort of legislation soon," said Lepel.

Zia Awan, a lawyer and an expert on human smuggling in Pakistan, says Europe is equally responsible for the situation. "Europe has to take the some responsibility for the current refugee crisis," Awan told DW. "For decades, people from some parts of Pakistan have been migrating illegally to European states. They obtain fake documents in Pakistan and on the basis of those papers they have received asylum and residency permits in Europe. You cannot suddenly expect people not to pursue that path," he added.