An East German refugee had applied for compensation after being traumatized during a hair-raising escape. He was trapped on a barbed wire fence when border guards found him. 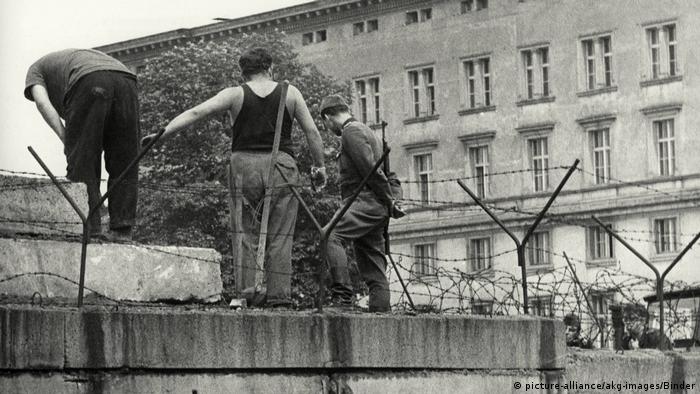 A man who fled East Germany in 1988 will be eligible to receive compensation for trauma he experienced as a result of the escape, Germany's highest civil court ruled on Monday.

Lower courts had previously ruled against the man's case, saying the violence of the GDR regime was not directed solely at him, but at the entire population of the Communist state. He was therefore not individually disadvantaged and entitled to compensation.

The man's dramatic escape lasted more than 12 hours. Along with his brother, he set out for the West Berlin border on a foggy night. The brothers approached the highly secure Teltow-Sigridshorst border area on the southwestern outskirts of the city.

They crouched for several hours in the mud, before cutting through some fences and climbing over others with a ladder, triggering an alarm.

To protect themselves from barbed wire they were wearing several layers of clothing. One of the brothers, 26 years old, was tangled up in the barbed wire of the final obstacle and found by guards.

They threatened him with machine guns, but did not fire. He was eventually able to free himself and they both escaped to a nearby US army barracks.

"He suffered mortal fear," said Thomas Lerche, the lawyer representing the man. He said the experience deeply traumatized the man, leading to mental illness and a lifetime of distress.

The man said he suffers from being deeply suspicious and irritable, and that he has hair-trigger temper fits and nightmares. For this, he was claiming vocational rehabilitation and a basic pension.

The high court determined that while the violence the GDR regime was directed at the entire population, border patrol security was another matter. "The use of force against a fleeing person is a very concrete measure against the individual," the presiding judge said.

The court concluded that the man had "conclusively proven" that border security had harmed his health. The man will now be able to file claims for health care treatment covered by the state.

Official ceremonies marking the fall of the Berlin Wall have come to a close. More than a million people traveled to the German capital on Sunday to celebrate the 25th anniversary of the event. (10.11.2014)

In the former prison where the East German secret police locked up dissidents, a museum has painstakingly mapped the vast web of locations through which the Stasi carried out social control — and planned coups. (11.06.2019)