A nature reserve in the Netherlands aims to create unspoiled wilderness – but has sparked animal lovers' ire. If thousands of cattle, ponies and deer die each winter, is it nature's way – or animal cruelty? 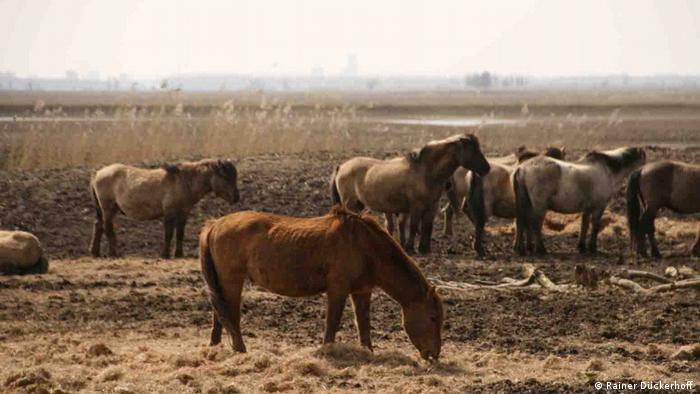 Angelica and Eep's garden, 35 kilometers east of Amsterdam, is stacked with dozens of plastic bags, which are in turn stuffed with hay, donated by farmers from all over the Netherlands.

"Somebody has to do it," the couple say. But they have to be careful not to get caught by park rangers or police. Feeding the animals in Oostvaardersplassen is illegal, and punishable with a fine.

Yet many Dutch animal lovers are prepared to take the risk to alleviate the suffering of grazing animals introduced to Oostvaardersplassen as an experiment in rewilding. The reserve now has so many large herbivores, there isn't enough food to support them through the winter. 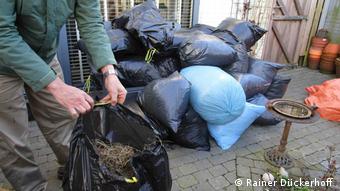 "When we saw videos about suffering animals on social media, we couldn't turn a blind eye," Eep says. "And suddenly we are called animal-rights activists. Well, so be it."

Oostvaardersplassen is a polder – or manmade wetland – created half a century ago and covering some 56 square kilometers (22 square miles), encompassing grasslands as well as marshes. It soon became a haven for rare bird species like the bluethroat, Eurasian woodcock and white-tailed eagle.

"The Oostvaardersplassen are a beautiful nature reserve, one of the pearls of nature in Europe," Frank Berendse, emeritus professor of ecology and conservation at the University of Wageningen told DW.

But during the 1980s, researchers feared trees and shrubs would overgrow this open, species-rich landscape. They introduced the deer, ponies and cattle to keep the grassland around open for birds to breed.

"The grazers play an important role in maintaining the biodiversity of the nature reserve," Han Olff, a biologist at the University of Groningen told DW. 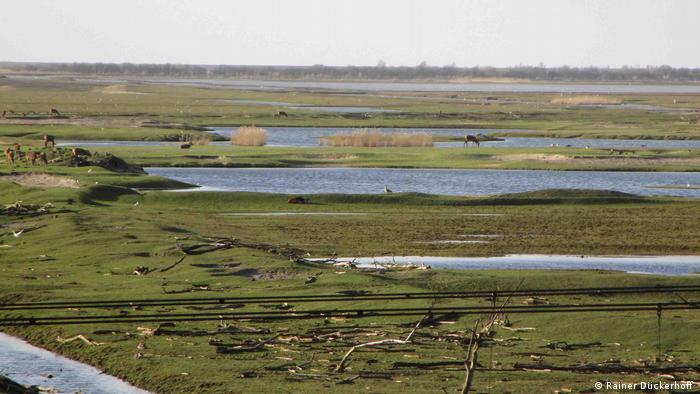 Grazers were introduced to Oostvaardersplassen to keep grasslands open for birds

Considered wild, animals in Oostvaardersplassen aren't supposed to be fed. But unlike natural herds that can roam in search of new pastures, large animals are kept inside the reserve by a perimeter fence. And their numbers aren't controlled by hunting, in contrast to herds in other European nature reserves.

As a result, they reproduce rapidly in summer, and the weakest die off when food becomes scarce in the winter.

"That's how it works in nature and here in the Oostvaardersplassen, too," park ranger Hans-Erik Kuypers told DW. "We try to follow natural processes as much as possible."

To minimize suffering, rangers shoot individuals that are too weak to go on. A wet December and cold March meant that this year, more horses, deer and cattle starved or were shot than ever before. Almost 3,000 animals were killed, meaning the overall population has plummeted by 57 percent since October.

Hundreds of people now regularly demonstrate outside what they call "the killing fields" of Oostvaardersplassen.

Activists are demanding the number of animals be permanently reduced, by neutering or other measures, so no animal has to suffer from hunger. They even consider hunting an option. "I would prefer them to die with full stomachs rather than suffer exhausted and in pain for weeks," Eep says. 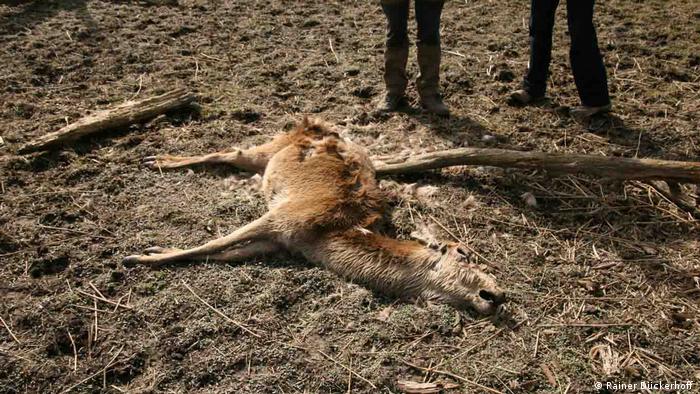 Han Olff defends how Oostvaardersplassen is managed, saying its grazers live a happy life, compared to many farm animals or racehorses.

Of happiness and hunger

"It's crazy that people care so much about how an animal dies but not about all other aspects of its well-being, such as, can a young one grow up with its parents? Is the animal free to choose its herd and its partner?" Olff argues.

Olf says measures to reduce the number of grazers artificially would not improve their lot. Hunting would still mean animals dying but at the same time destroy the social structure of a herd. "I do not see why that should be more animal-friendly than the current management where the strong animals survive and the weak animals don't."

Other scientists, though, are backing the protestors' calls to stop the rewilding experiment. Ecologist Berendse was once in favor of the project, but changed his mind after one of his PhD students took a closer look at the nature reserve's biodiversity.

Perry Cornellissen found fewer species in the grassland where horses, cattle and deer live had significantly decreased. "A bleak plain has formed where all those special bird species have disappeared," Berendse told DW.

Berendse wants the number of grazing animals controlled – be it by hunting, castration or some other measure. 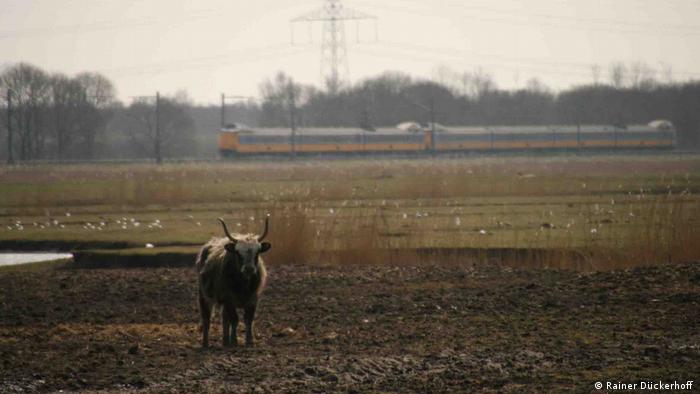 A contained kind of wilderness. A Heck grazes not far from the reserve's perimeter fence

"Why should we in the Netherlands, in our small, densely populated country, try to copy a situation which exists in Africa, where herds of wildebeests and zebras can migrate over thousands of kilometers to move with the rain?" he says. "That's simply impossible here."

Feeding up for the slaughter?

There is one thing the scientists agree on. Feeding the animals in winter will only make matters worse, allowing them to reproduce even faster so that next winter, food will be still scarcer and even more animals at risk of starvation.

But for Angelica and Eep, the sight of starving deer and ponies outweighs this logic. Someone has to care for these animals, the couple insists. At they're not the only ones. In February, the regional authorities bowed to public outrage and ordered park rangers to give the animals hay – just to keep the situation from escalating.

But that didn't stop animal-rights activists dragging tons more fodder to the reserve. Berendse says it's irrational but understandable. "Everyone knows that deer in nature do not have eternal life, but when you see animals die then it still grips a lot of people."

At the end of April, an independent commission officially advised that the number of grazers should be reduced by half before the next winter. That would mean culling almost 1,000 healthy red deer.

So far, it isn't clear whether the authorities will follow this advice. But activists are already celebrating the commission's position as a victory – with the surprising outcome that animal lovers are throwing their support behind the slaughter of the thousands of animals.

A real-life Noah's ark - minus the rain

How do you go about reintroducing wildlife to national parks all but wiped out by decades of civil war? Mozambique has a (biblical) answer. (12.09.2017)

Beavers on the rampage

Beavers were almost completely wiped out of Germany by the early 20th century. Now, they've made a comeback. But their busy construction work is causing tensions with human neighbors. (07.04.2017)

Dessau is shrinking. With the town's population declining, city planners had to decide what to do with acres of empty lots left where apartment buildings and factories used to be. Their solution: Urban wildlands. (24.06.2016)