Can introduced animals replace extinct ones? | Environment | All topics from climate change to conservation | DW | 23.07.2013

In the past, introduced animals have often been a threat for ecosystems. But, these days, some conservationists even bring them in on purpose. They hope that the new arrivals will replace animals that are now extinct. 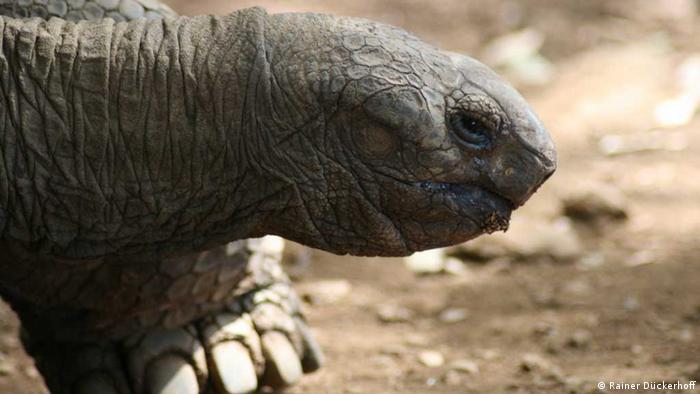 Introduced animals are probably one of the things that conservationists hate the most. Animals brought into an ecosystem intentionally or accidentally, who now reproduce uncontrollably and compete with native species, are hardly welcome visitors.

The newcomers are often very hard to get rid of again. One of the most infamous examples is that of the cane toad in north-eastern Australia. Introduced in the 1930s as a way of eradicating pests in the country's sugar cane fields, the animals have since reached plague proportions and adversely affected biodiversity.

But, the approach to introduced animals seems to be changing. On Ile aux Aigrettes for example, a small island just off the coast of Mauritius, certain animals are being introduced to take over the jobs of those species that have become extinct.

"Of course, the general concept is to keep exotic species out of ecosystems," says Vikash Tatayah of the Mauritius Wildlife Foundation. "But here we say: no, bring them in!" 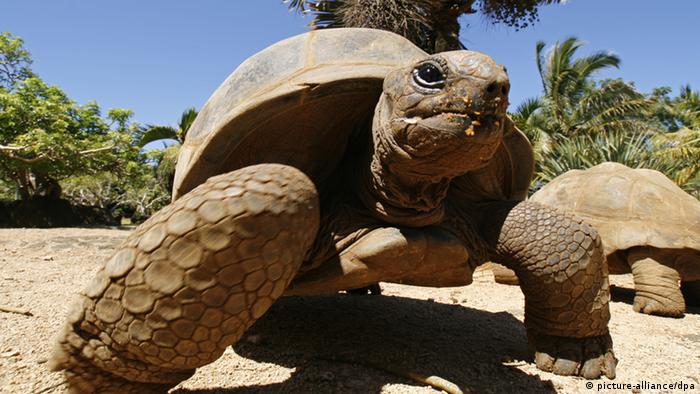 Although giant tortoises became extinct in Mauritius, a similar species from the Seychelles has now been introduced

For three decades, conservationists have been working to rebuild the original ecosystem of Mauritius on the small island of Ile aux Aigrettes. They've eradicated most foreign plants and animals like rats, rabbits and goats, replanted the Mauritian forest and brought back endangered endemic birds, reptiles and plants, which are only found in Mauritius.

But not all animals that were brought to Ile aux Aigrettes are native to Mauritius. Vikash Tatayah and his team recently introduced giant tortoises from the nearby Seychelles for instance. Walking around on the island, you can easily spot them: 23 of them roam freely around the island. They also lay eggs and reproduce.

With 1.3 million residents the small nation of Mauritius in the Indian ocean is straining under population pressure and heavy traffic. Experts say that some hundred species of local plants and animals have become extinct since humans started to settle there.

In the past, two giant tortoise species lived on Mauritius but both of them became extinct. They fulfilled important ecological functions for the ecosystem though, such as seed dispersal. Some endangered trees here can only reproduce properly when their seed has been digested by a giant tortoise. When the tortoise eats the tree's fruit, the seed coat is removed inside the animal's gut. When it comes out with the dung the seed can germinate.

"The introduced tortoise is actually fulfilling the role of what the endemic tortoises would have done," Tatayah concludes. 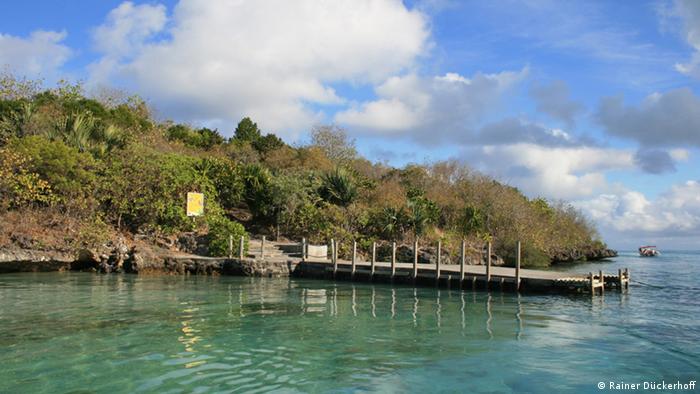 Bringing in foreign tortoise species to replace extinct ones is not unique to the small island of Ile aux Aigrettes. It has also been done in other parts of Mauritius and on the Galapagos Islands.

Some researchers however warn that it is an experiment that can easily go wrong. On Galapagos' Pinta island, Elizabeth Hunter of the State University of New York observed with her colleagues that non-native tortoise species preferred completely different areas on the island and therefore fed on different plants than the extinct native tortoises.

Uwe Fritz, researcher at Senckenberg Museum of Zoology in Dresden, agrees that introduced species can have unwanted side effects. The risks, however, are controllable as long as giant tortoises are involved.

"It is unlikely that there will be a giant tortoise pest on Mauritius," Fritz told DW, citing the fact that the animals reproduce so slowly. "Moreover, in an emergency they can be removed easily."

The concept of species introduction is not restricted to giant tortoises. In Germany and central Europe, Heck cattle has been used to replace the ancestors of domestic cattle, aurochs. 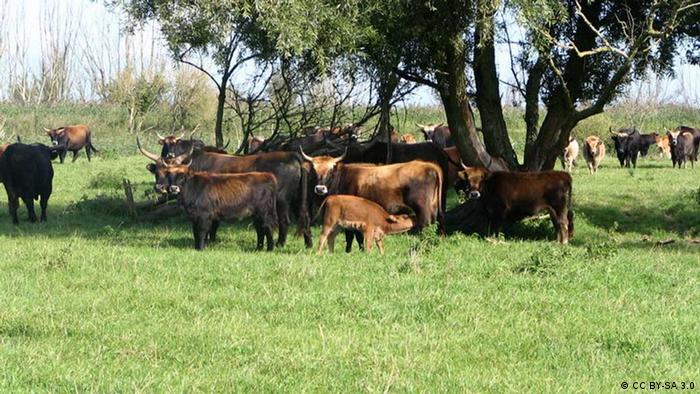 Heck cattle were bred to replace aurochs, which became extinct in the 17th Century

The animals originally lived in Europe, Asia and North Africa until they became extinct in the 17th century. The German brothers Lutz and Heinz Heck - directors of the zoological gardens in Munich and Berlin, respectively - tried to breed them back from modern cattle less than one hundred years ago.

Heck cattle still differ from the aurochs, they are shorter and bulkier. But they fulfill the same function, Uwe Fritz explains. While grazing they keep the landscape open and prevent bushes and trees from growing uncontrollably.

Critics, however, say that the native European bison could fulfill this function even better.

Still, on Ile aux Aigrettes species introduction is a big success, Vikash Tatayah says. He's thinking about introducing flightless rails, birds from Seychelles' lowland forests. The Mauritian rail died out long ago just like the country's most famous other extinct bird, the dodo.