Russia's doping scandal has been up for discussion in Germany's parliament. MPs sought to stress that they wouldn't accept the same IOC inaction of the Rio Games at the 2018 Winter Olympics in Pyeongchang. 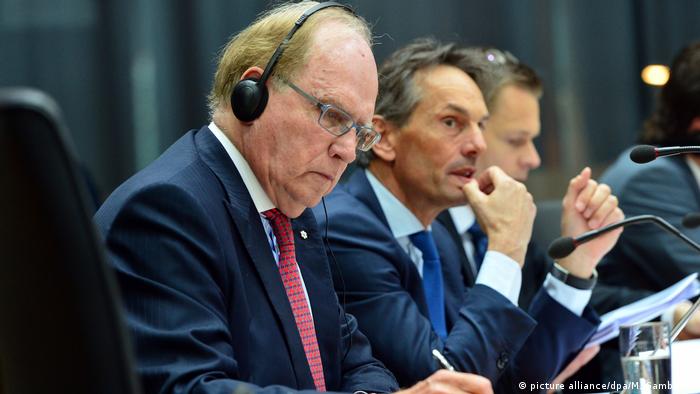 Imagine if the biggest one of doping scandals known to the world were uncovered - only for next to nothing to actually change as a result. Sounds insane, but that's basically how Russia's doping was handled before the 2016 Olympics in Rio de Janeiro.

After the publication of two damning reports led by Richard McLaren, authorities are still investigating. The International Olympic Committee (IOC) has passed the buck, handing the McLaren reports to its internal commission. Meanwhile, the world of sports waits impatiently on an outcome.

Despite the detailed, substantiated and credible findings of the Canadian investigator, the IOC does not seem convinced, implicitly suggesting a distrust of the World Anti-Doping Agency. The IOC's Director General Christophe de Kepper said that verification of McLaren's reports (from July and December last year) will take more time, at least until the summer. De Kepper was one of several leading lights invited to appear at the German parliament's sports committee to answer questions this week.

At least one participant seemed perturbed by the pace of proceedings. McLaren himself told the committee that he was getting ever more frustrated with the pace of developments, saying for "concrete measures" to tackle the problem at its root.

Speaking to DW after the hearing, McLaren was even more explicit: "I did my report very quickly and the follow-up has been slow. That's the frustration. I think they [the IOC] have to react quickly, because there is an increasing pressure on them to respond. So they can't just drag their feet. I am in the process of trying to assist the IOC in speeding up its work and hopefully that will occur."

So the ball is currently in the IOC's court. Trust in the organization to truly guarantee a fair playing field that protects clean athletes has already taken a big hit. Leading athletes are criticizing their lax approach to the systematic doping process that seems endemic to Russia's pro sports world, some are even calling for IOC President Thomas Bach to resign. 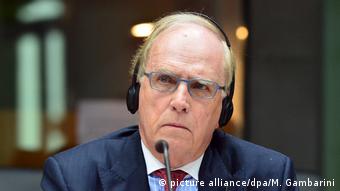 Dagmar Freitag, a Social Democrat politician and chair of the sports committee in the Bundestag, doesn't seem to sympathetic to the IOC's position. She wants to know whether the IOC will now take responsibility in the question of Russian participation in the Olympics, after ducking the issue and leaving it up to individual sports associations - most of which allowed Russia to compete - in Rio. She says that the longer lead time before Pyeongchang should embolden the IOC to take action itself.

"In Rio there was no other choice than to let the associations decide," the IOC's de Kepper told parliamentarians on Wednesday. "We stand by this decision."

But a few seats down on the panel, somebody was shaking his head vigorously. German ARD journalist and doping expert Hajo Seppelt's investigations played a key role in uncovering Russia's doping program, one reason why he was also invited to speak.

Seppelt called the IOC's decision - or rather the lack of a decision - in Rio "a declaration of bankruptcy for the world anti-doping fight." He argued that the IOC's charter would have empowered the body to suspend Russia at short notice. He accused Bach's organization of resorting to a "cheap sleight of hand" in order to avoid making the right call - albeit one that would have hurt relations with Russia and probably drastically reduced revenues in Rio.

Seppelt's demand was simple: remove the potential conflict of interest (the IOC has little desire for an Olympics excluding many of the world's top athletes), the IOC should delegate decisions on banning countries or athletes to the World Anti-Doping Agency (WADA) instead.

The IOC's conflict of interest

There's no doubt the IOC has reasons to seek cooperation with participating countries - even more so with countries like Russia that host the Games. Major international players also have an impact because of their importance when negotiating media deals for covering the Olympics. Russia's media pays more than most around the world, and Russian stars attract viewers in other countries too. 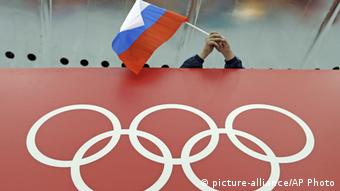 By giving up this responsibility to WADA, the IOC would no longer have to face troublesome questions, like why Kuwait's Olympic federation faced a ban from Rio, while Russia's did not. Kuwait's tiny team - unlikely to amass a big medal haul - was suspended because of improper political conduct by the government; Russia's was not, after systematically organizing a doping program for many of its competitors.

If a transgression this flagrant doesn't prompt drastic consequences, it does seem fair to ask quite how efficient the anti-doping fight really is. And when it's Germany's top anti-doping officer Andrea Gotzmann asking these questions at committee, that doesn't make a great impression.

Russia's actions comprised "the biggest doping scandal in sport's history," and a "low blow for any clean athlete," Gotzmann said. She lamented that so far, "absolutely no consequences" have followed.

Now, with all eyes on the World Anti-Doping Agency, the organization is coming across as rather impotent. They've delivered the facts, via investigator McLaren, and now the IOC seems not to trust them and is checking itself. WADA can't deliver the prescribed sanctions itself, and is also dependent on external help for future investigations. WADA's European director Benjamin Cohen made that clear in Berlin's parliament. "The Russian case has put the spotlight on the need for investigative powers," he said. "Doping is a societal problem. Everyone should have heard this wake-up call." 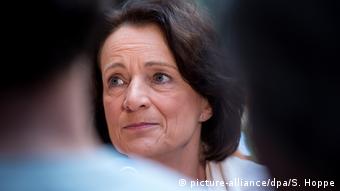 "The current trend is that the one's who play fair are the fools," he said, urging the IOC not to repeat it 2016 error for the Winter Games in South Korea. "Pyeongchang cannot become a second Rio," Hörmann said, adding that the system was failing.

"If there's no sign of recognition of guilt or a change of course, then tough sanctions should be inevitable," he said.

Such explicit criticism of the IOC is a relatively new phenomenon. If even a longtime colleague of the German president of the IOC is calling so clearly for action, the sporting world seems to have recognized that a simple "as you were" approach won't fly any more.

Mariya Savinova has been stripped of her gold medal from the 2012 London Olympics for doping in a ruling issued Friday. She was one of the five Russian athletes WADA recommended for a lifetime ban. (10.02.2017)