Italian Prime Minister Matteo Renzi has rebuked the rest of the EU over its response to the migrant crisis. Renzi reportedly told fellow leaders they did not deserve to call themselves Europeans if they failed to help. 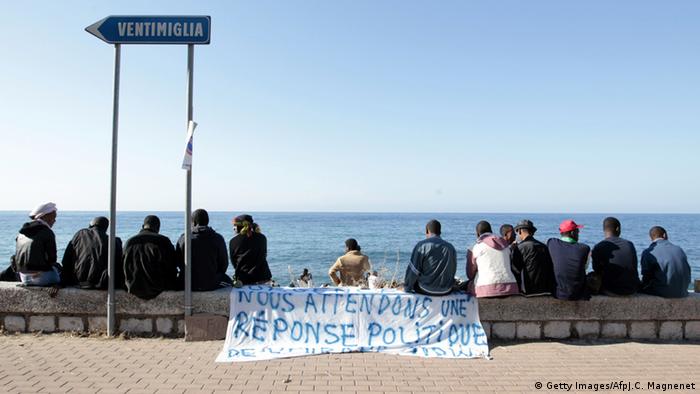 The Italian premier made his comments directly to his counterparts at the EU summit in Brussels on Thursday, diplomatic sources said.

The rebuke came after EU leaders failed to reach consensus on the European Commission's proposal that 40,000 Syrian and Eritrea refugees, already in Europe, should be redistributed under a quota system. A draft communiqué on Thursday delayed a decision on criteria for sharing migrants until the end of July.

"If that's your idea of Europe, you can keep it," Renzi told his 27 counterparts, according to sources. "Either give us solidarity or don't waste our time," they quoted him as saying.

Much of the tension appeared to stem from how to ensure the migration plan was voluntary, and not, as the European Commission had initially suggested, mandatory.

Frontline states such as Italy, Greece and Malta have long argued that their EU peers should share responsibility for accommodating and processing migrants. Tensions erupted in the past two weeks on the border between Italy and France, where hundreds of refugees were blocked from crossing to the French side.

A record of some 219,000 people crossed the Mediterranean in 2014, with Eritrea, Somalia and Syria among the countries from which most came. More than 100,000 have already made the perilous journey this year, while about 2,000 have died or are missing.

The EU has been looking for UN support to take action against the smugglers, who have profited from the turmoil within Libya, where most of the migrants begin their sea journey. Intervention has been made more difficult by the fact that two governments are vying for power in the country.

As European leaders argue about how to deal with the migrants landing on the continent's shores, those who were hoping to head north from Italy are finding they are stranded. Megan Williams reports from Rome. (22.06.2015)