The European Commission is due to present its long term strategy to deal with migrants and refugees trying to reach the EU. Emergency measures were put forward last month following mass drownings in the Mediterranean. 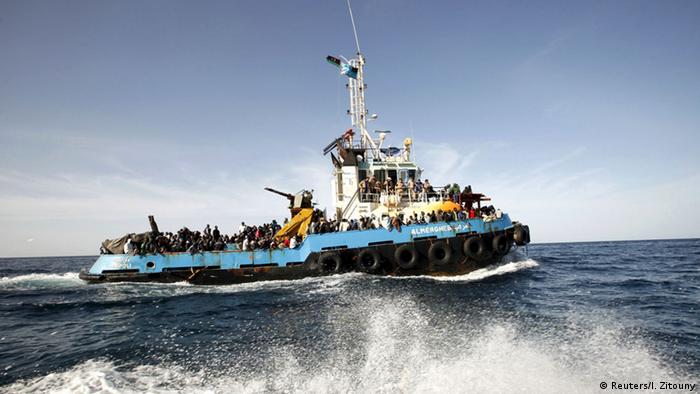 Among the measures expected to be put forward by the European Commission in Brussels on Wednesday is a quota system to spread applicants for refugee status more evenly across the European Union member states, to relieve the pressure on Italy and Greece where most migrants arrive.

Currently five of the 28 EU member states take in about three-quarters of the asylum seekers in Europe. A more even distribution across all members of the bloc, taking into account population size, unemployment rates and economic strength is being proposed. Nations supporting the idea include Italy, Greece, Germany and Sweden. However there's been resistance from several Eastern European and Baltic states, as well as from the UK.

British Home Secretary Theresa May, writing in Wednesday's edition of newspaper "The Times" said a quota would only strengthen incentives for people smugglers and encourage more people to make the dangerous attempt to enter EU territory by sea.

"I disagree with the suggestion by the EU's high representative, Federica Mogherini, that 'no migrants' intercepted at sea should be 'sent back against their will'.

"Such an approach would only act as an increased pull factor across the Mediterranean and encourage more people to put their lives at risk," May wrote, adding "The EU should work to establish safe landing sites in North Africa, underpinned by an active program of returns."

The special representative for human rights in Germany's parliament, Christoph Strässer, criticized opponents of the quota proposals for showing a lack of soldiarity with EU border nations. He told Wednesday's "Neue Osnabrücker Zeitung" newspaper more legal ways to migrate to Europe should be opened up. 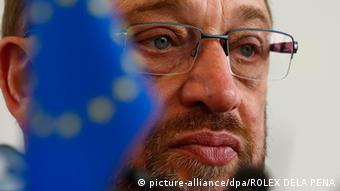 "It is clear that Dublin is dead," Strässer said, referring to the terms of the EU's Dublin Treaty, which requires refugees applying for asylum in the EU to do so in the first member country they reach.

European Parliament President Martin Schulz told German public broadcaster Deutschlandfunk the opposition to sharing the numbers of refugees did not fit with the community values of the EU.

"The egotism of individual parts of the European Union has for the past 20 years prevented an effective and humane solution to this problem," he said, naming Britain and Hungary as examples in this case.

Europe has been compelled to act after more than 1,800 people drowned so far this year alone in their attempt to reach the EU, fleeing conflict or poverty in the Middle East and sub-saharan Africa. People smugglers have taken advantage of lawlessness in Libya to launch unseaworthy boats full of paying passengers across the Mediterranean.

The Italian navy says it has located the wreck of a boat which sank last month, killing around 800 people. Like thousands of others, the victims were trying to cross the Mediterranean Sea to reach Europe. (07.05.2015)