The Italian navy says it has located the wreck of a boat which sank last month, killing around 800 people. Like thousands of others, the victims were trying to cross the Mediterranean Sea to reach Europe. 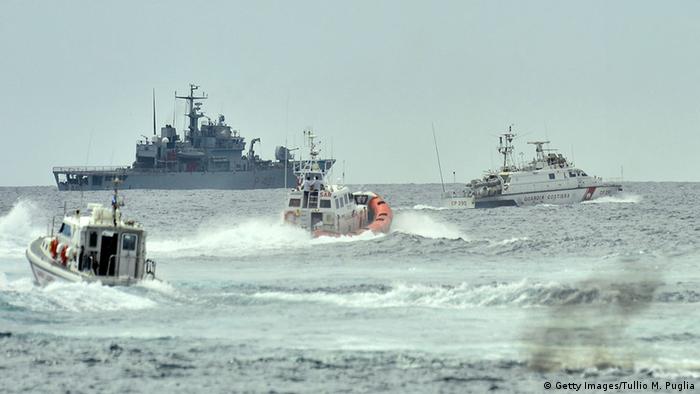 On Thursday, navy ships reported they had discovered what they believed was the sunken vessel, about 135 kilometers (85 miles) northeast of the Libyan coast.

The fishing boat was estimated to have had around 800 migrants on board when it capsized on April 18.

Less than 30 people survived, and only 24 bodies were recovered.

The 25-meter (82-foot) structure matching the description of the boat was found at a depth of around 375 meters, using sonar and submarine technology. Officials have yet to confirm it is the same craft.

Authorities said there was the possibility the boat could be brought to the surface, but that such a decision rested with Sicilian prosecutors currently conducting the criminal investigation.

Italian Prime Minister Matteo Renzi has vowed that, if feasible, the boat will be salvaged and all victims given proper burials.

Survivors of the disaster reported that people were locked into the ship's hold by people smugglers.

Those on board reportedly rushed to one side of the deck, destabilizing the ship, when a passing freighter attempted to rescue them. The migrants' boat sank after hitting the freighter.

The tragedy sparked a new wave of debate over how to deal with the huge numbers of migrants risking their lives to reach European soil.

They also discussed how to better target people smugglers operating out of Libya.

The Italian navy announced on Thursday it had placed a 3.5 billion euro order for six high-seas patrol boats.

An Italian Interior Ministry official told a conference that so far around 33,000 people had rescued this year.

If these numbers continue, 2015 could see the highest amount of migrant arrivals on record.

Just under a week ago, the Italian coast guard rescued more than 3,400 people on one day alone.