The 45-year-old takes over the men's German Football League (DFL) after a successful stint by Christian Seifert. Fixing ties with the German FA and dealing with the pandemic are on her to-do list. 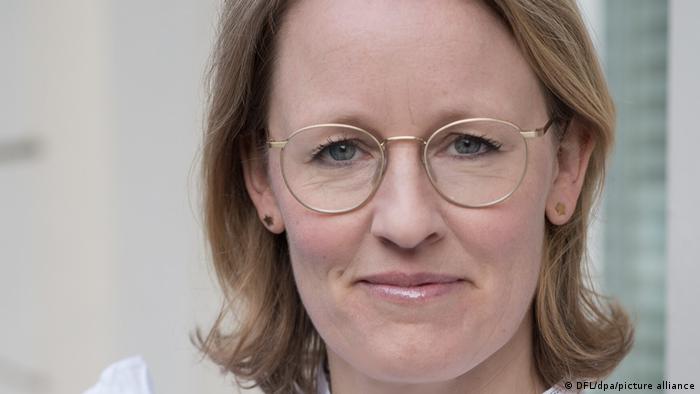 "I am already looking forward to tackling current and future challenges, together with the clubs and the DFL (German Football League) team," Donata Hopfen said in a statement on her appointment.

The first woman to run the Bundesliga certainly knows a thing or two about challenges after a varied career in business, including as managing director of the Bild Group, Germany's biggest-circulation newspaper.

Whatever inside knowledge she picked up there about Germany's top football clubs will come in useful as she starts her role on January 1 as the boss of the top flight and second division.

The 45-year-old succeeds the widely acclaimed Christian Seifert, who has stepped down after almost 17 years in charge.

"Give the woman a chance — just like me. She's a very good choice," Seifert said in his farewell speech shortly before Christmas. 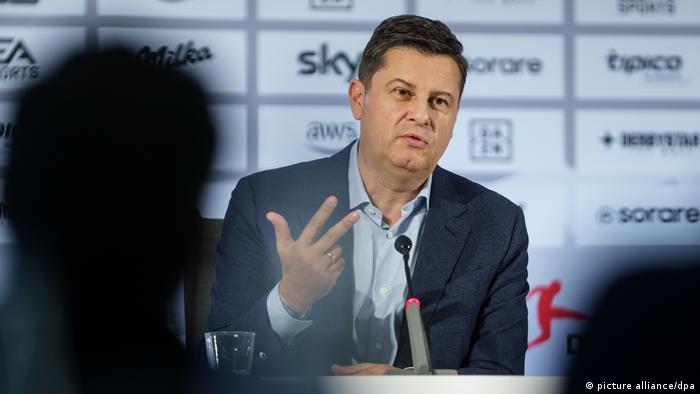 Hopfen may be big in business, but she is an unknown to many in German football.

Most recently, she worked as a partner at BCG Digital Ventures, a company that implements digital business models worldwide. Before that she was at Bild's publisher Axel Springer for 14 years and was named "Media Woman of the Year" in Germany in 2014.

"Bundesliga and Bundesliga 2 enjoy an excellent reputation worldwide, as does the DFL. This must be maintained against the backdrop of technological, societal and media changes relating to football — while at the same time moving forward in an innovative way," she said.

Those changes include the coronavirus pandemic, which has taken its toll on German club finances because of restrictions on the number of fans.

The future of the 50+1 rule, which prevents a single investor from holding a majority of shares at most German sides, will keep her busy, with clubs such as Bayern Munich worrying that they are missing out on the very top players because of the constraints.

Any revived threat from a European Super League can also not be discounted, but perhaps her biggest initial task is repairing the shattered relationship with the crisis-ridden German Football Federation (DFB).

Given her in-tray, it's not surprising that she has already been holding talks with future colleagues before officially starting on Monday.

One of her closest associates in the future is likely to be Borussia Dortmund chief executive Hans-Joachim Watzke, who will become head of the DFL's supervisory board from February.

"It was a very positive conversation — I have great confidence in her," Watzke said after meeting Hopfen earlier in December. "I will back her up and not interfere in the operational business, but help determine the league's strategy."

Seifert is also available as a consultant. The Bundesliga's new boss looks well-prepared for the challenges ahead.