Donald Trump's national security strategy: 'Don't read too much into it' 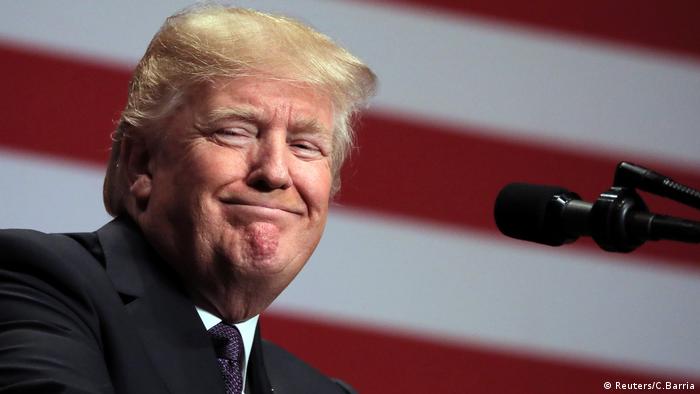 DW: President Donald Trump apparently wanted to give some weight to his Congressionally mandated national security strategy since, unlike his most recent predecessors, he not only chose to present it himself, but did so in his first year in office. But how reflective is the outlined strategy with the speech he gave on Monday, especially the first half, which sounded like a campaign speech, and also with his practice to routinely conduct foreign policy by tweet?

Julianne Smith: First, it appears he is most interested in using the strategy to tick off his list of accomplishments. He is very focused, and he has been from the start, on delivering achievements and accomplishments to his base. He is intent on taking everything he promised during the campaign and claiming he delivered on those promises, whether there is real truth in it or not. So much of the speech today seemed reserved for campaigning for himself in 2020. But the other thing that is interesting is that many of the aspects inside the strategy do not reflect what we have been hearing from the president personally in his almost daily Twitter feed.

Many of the core pillars, for instance emphasis on allies and alliances, are not reflected in what the president has told us since he started tweeting not just year ago, but during the campaign as well. The emphasis on the rule of law, on pushing back on authoritarian leaders, on promoting democracy, these don't seem to be themes that the president talks about at all. Climate change was mentioned sparingly, almost not at all. But this is a president who doesn't believe in climate change and he told us that on countless occasions.

So it feels disconnected from the realities of where the president sits on many of these issues. So, are many of our allies and adversaries are going to be left wondering what's the ground truth? Should they be in fact only watch the tweets of President Trump or should they take this document as a signal for what's to come in presidential priorities and policies of the future? 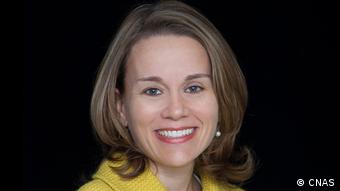 Let's talk about some of those disconnections. On NATO, Trump again reiterated his claim that many members were delinquent in their payments while his strategy emphasizes the importance of alliances. How do you make sense of that?

From day one he has been very intent on persuading his base and people in his own party that he alone has succeeded in getting NATO members to spend more on defense. There is truth in stating that allies are spending more on defense, but that is happening more as a result of [Russian President Vladimir] Putin's actions inside Ukraine than President Trump's own efforts, although he has scared some of our allies into thinking of ways in which they could potentially spend more. But he is very quick to take credit for that.

The strategy does not talk about burden sharing and leveling out across an alliance like NATO, but it does stress the fundamental importance of alliances, which, again, is not a point which the president makes himself. You never get the impression in his own free wheeling remarks that he is someone who fundamentally appreciates the utility of alliances and institutions that make up the rules-based order. Instead, he seems to doubt their value and he has supported, for example, the UK leaving the European Union.

Another area of discrepancy between the speech and the document appears to be Russia. While Trump in his speech emphasized cooperation with Moscow, the strategy includes far tougher rhetoric. How do you reconcile this?

That's right. The strategy reflects what [Secretary of State Rex] Tillerson said in his recent speech on Europe at the Wilson Center in Washington. In that speech Tillerson outlined in great detail all the tools that Russia is using to undermine democratic institutions and the Western liberal order. It was very clearly articulated and the strategy reflects that.

But it is quite clear that the president himself is not prepared to talk at length about that and instead continually wants to portray the US-Russia relationship in a more positive light. And one thing you'll notice about the strategy is that it does not talk about Russia undermining the elections last fall. It does reference Russian aggression, but it doesn't go into great detail. 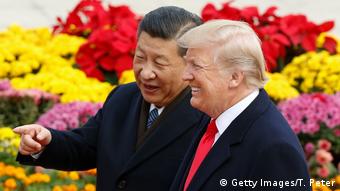 After talking tough during his campaign, Trump has warmed up to Chinese President Xi Jinping

What do you make of the role China plays in the speech and in the national security strategy?

This was a little tricky for the drafters, because the president campaigned on taking a more aggressive stance toward China and hinting even at a potential trade war. But once he assumed office, we have seen him back off of that. And he himself has noted in some of the tweets the importance of working with China when it comes to North Korea. So clearly they wanted to say something about the importance of China as it comes to trade and the importance of being more aggressive with China, calling them out, not enabling them to benefit from what Trump perceives to be an unfair playing field, and yet at the same time they couldn't be too negative in describing China knowing full well that any answer to the North Korea crisis will no doubt include China.

So what should people around the world make of Trump's speech and the document?

The thing with these strategies is that they rarely translate themselves into immediate policies. Often the strategy is outlined without any of the budget changes that would enable the strategy to be executed. Also, Trump lacks the personnel to implement the strategy. Most agencies across the government are still lacking the top personnel that would see through a strategy like this. So I know our allies are reading it closely, and I know our adversaries are reading it closely, and I think it is a reflection of some people working across the inner agencies. But I would caution against reading too much into it just because, first and foremost, that's the case for all national security strategies, but especially for this president who has been known to contradict his own team within minutes or hours of statements and teleprompter speeches.

Julianne Smith is the director of the Transatlantic Security Program at the Center for a New American Security. Previously, she served as the deputy national security adviser to former Vice President Joe Biden and as principal director for European and NATO policy at the Pentagon.