US President Donald Trump said if he were popular in Europe, he would not be doing his job. Trump touted the "tremendous service" the US provides European nations, for which they should respect the US. 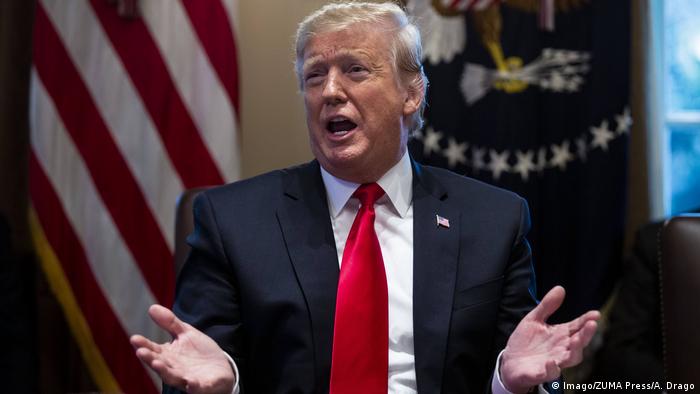 In his first Cabinet meeting of 2019, US President Donald Trump reflected on his lack of popularity in Europe. The president told reporters on Wednesday that he was unfazed by low approval ratings among Europeans, saying it was his job to demand that Europe treat the US more fairly.

"That's why I got elected," Trump said, reiterating that European countries must be pushed to increase their share of defense spending, a point he has made repeatedly when talking about NATO funding and defense and security in Europe.

Trump said Europe was treating the US unfairly on both trade and defense, but he blamed past US presidents for allowing the US to pay for the security of nations. "Germany pays 1 percent; they should be paying 4 percent," Trump said, referring to German defense spending.

'They should at least respect us'

A Pew Research Center study released in October 2018 revealed that confidence in Trump was strikingly low in European nations. Only 10 percent of Germans, 9 percent of the French, 7 percent of Spaniards and 28 percent of Britons viewed Trump's handling of world affairs in a positive light.

Pew later released a more detailed picture of German attitudes toward the US during the Trump era, which showed that 73 percent of Germans considered bilateral relations with the US to be bad.

Additionally, the study showed that only 41 percent of Germans wanted more cooperation with the US. 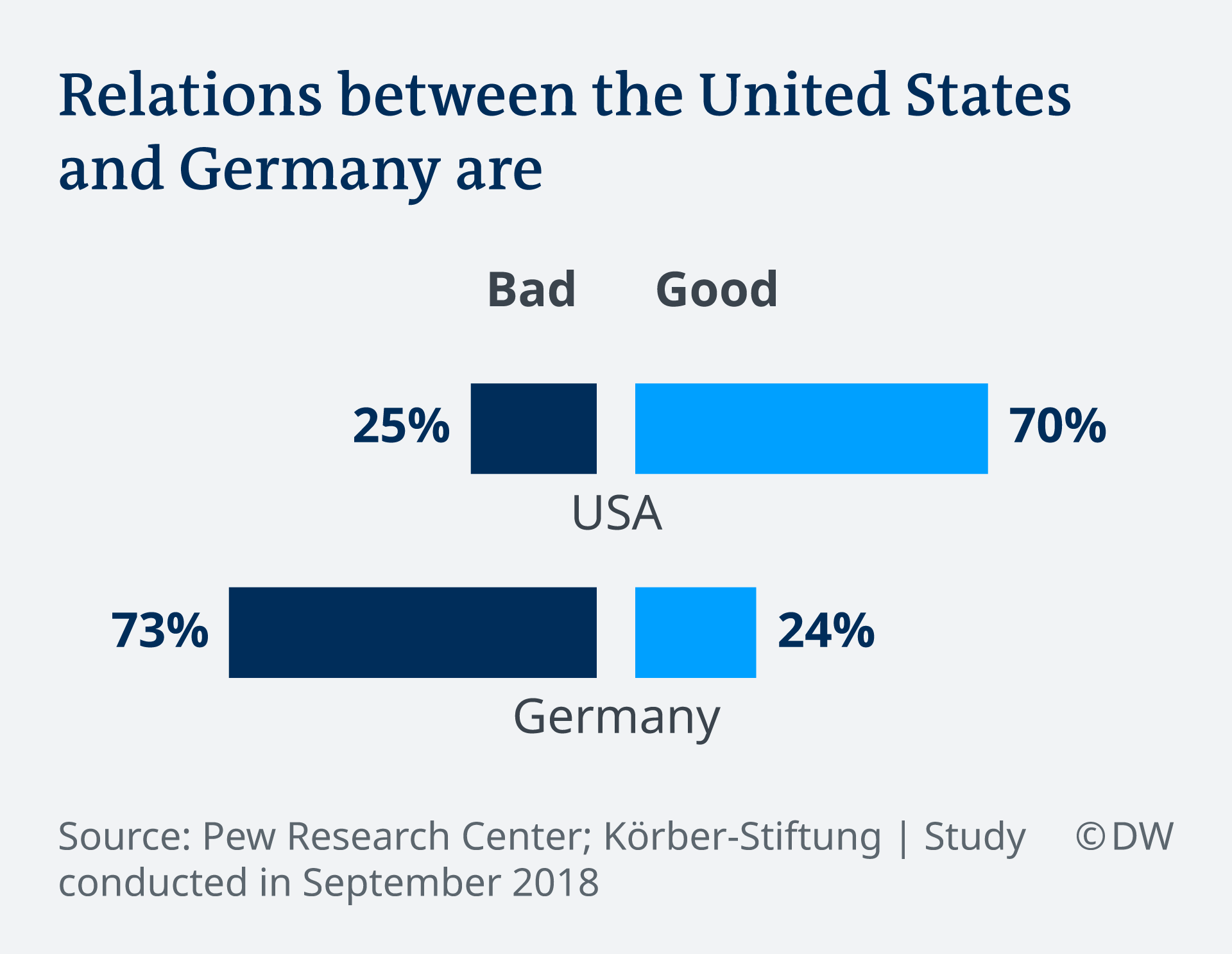 The US president admitted that he was aware of the studies proving his low popularity among Europeans and said he did not care about it.

He clarified to reporters that his relationship with European leaders was still good and that he considered them friends.

But he was more dismissive of the European public: "We're doing tremendous service to those countries and they should at least respect us. They didn't respect us and that was the problem."

The president also boasted that if he wanted to, he could be the most popular person in Europe. "I could run for any office if I wanted to, but I don't want to," he added.

Read more: My Europe: Why Eastern Europeans like Donald Trump

Trump has come under fire in the US for frequently lambasting European countries that for decades have been seen as traditional allies of the US.

The most notable rebuke came when former Defense Secretary Jim Mattis stepped down from his post, citing in his resignation letter that he differed with the president on the issue of "treating allies with respect."

Read more: With Mattis gone, 'time to be afraid' of 3 a.m. call for Donald Trump

On Tuesday, Utah senator-elect and former Republican presidential candidate Mitt Romney joined the chorus of dissenters, publishing a stinging opinion piece in The Washington Post, where he scolded the president for ruining relations with European allies.

"Trump's words and actions have caused dismay around the world," Romney said, citing Trump's dismal favorability in the Pew study and highlighting that prior to his election, some 84 percent of Europeans thought the president of the US was doing the right thing in world affairs.

"America is strongest when our arms are linked with other nations. We want a unified and strong Europe, not a disintegrating union," the senator-elect from Utah emphasized.

Trump disregarded the criticism in a Twitter post, in which the president noted that he had "won big" and Romney had not, urging the senator-elect to "focus on Border Security" and "be a team player."

US loses its shine as investment location for German firms

The United States has become less attractive as a location for German businesses with a trade conflict between the EU and the US not fully resolved, the American Chamber of Commerce in Germany has found in a poll. (28.08.2018)

The German foreign minister has said it was high time that Europe reassessed its partnership with the United States. He advocated an EU payment system independent of the US in order to save the nuclear deal with Iran. (21.08.2018)

Maas: Europe can no longer rely on the United States

Germany's foreign minister, Heiko Maas, has said that Europe can no longer rely on the United States. His comments reflected the unease of Washington's traditional allies surrounding the Trump administration. (16.07.2018)