Some GOP faithful still see President Donald Trump as the only option and will back him no matter what. Others are less enamored and are encouraging fellow Republicans and Independents to speak up and vote him out. 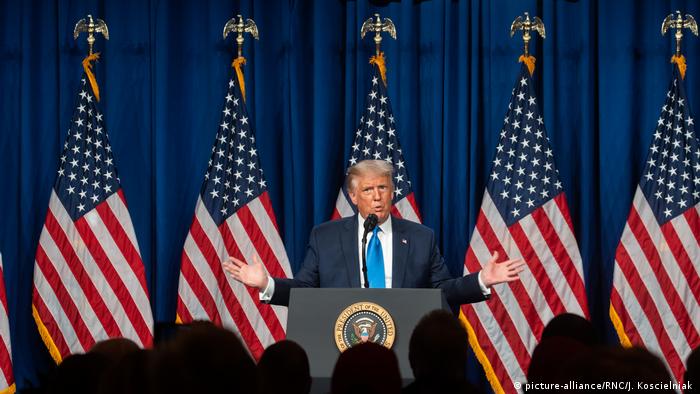 Stacey, a fervent supporter of President Donald Trump, recently shouted out "Trump 2020" at DW journalists at the Lincoln Memorial in Washington DC and raised her arm. The Arizona resident told them that she had started voting Republican when the Democrats turned into "socialist communists" and she was adamant that Trump had made the US into a better place in the past four years: "My taxes have been lowered, my quality of life is better."

She was certainly not a supporter of the Black Lives Matter movement: "They're terrorist organizations very much similar to Hitler's brown shirts." She says she does not have to worry about being politically correct so long as Trump is president. "I like my freedom and I like to say what I want to say, do what I want to do."

All week, Trump has been presented as a savior of freedom and hero of the middle class at the 2020 Republican National Convention, which, like the Democratic National Convention last week, is taking place without the crowds and confetti that usually accompany the events. Many of the speeches can only be followed online or on television.

On the first evening, Donald Trump Jr. advocated for his father's reelection, alongside his girlfriend Kimberly Guilfoyle, former UN Ambassador Nikki Haley and other Republican politicians, as well as "normal" Americans, such as nurses, soldiers and truck drivers.

"This president has a record of strength and success," Haley said. By contrast, she said his Democrat challenger, former Vice President Joe Biden, had a "a record of weakness and failure." In the opening address, the founder of a conservative student organization, Charlie Kirk said that Trump was "the bodyguard of Western civilization."

The second evening was more of a family affair, with two more of the president's children, Tiffany and Eric, making appearances. His wife Melania also delivered a speech, highlighting his "honesty." "Whether you like it or not, you always know what he's thinking," she said.

Among Republicans, Trump's approval ratings were over 90% even before these laudatory speeches. So, is all well within the Republican Party as opposed to the Democrat Party, where there is a rift between the moderate and progressive wings? Not quite.

Since the end of 2019, a number of conservative groups have emerged, which are actively campaigning against Trump's re-election.

The Conways are a prominent example of the widening divide between Republicans. At one end is the White House counselor Kellyanne Conway, who recently announced her resignation, citing family reasons. At the other end is her husband George Conway, a co-founder of the anti-Trump Republican group, the Lincoln Project, which has funded expensive commercials criticizing the president. He also resigned.

Read more: Is absentee voting in the US election under siege?

Some prominent Republicans have even publicly switched party allegiances. In mid-August, the group Former Republican National Security Officials for Biden, which includes former US Ambassador to Germany Richard Burt and James Kelly, who was Assistant Secretary of State under President George W. Bush, issued a statement saying that the current president had "imperiled American security."

"Through his actions and his rhetoric, Trump has demonstrated that he lacks the character and competence to lead this nation and has engaged in corrupt behavior that renders him unfit to serve as president." 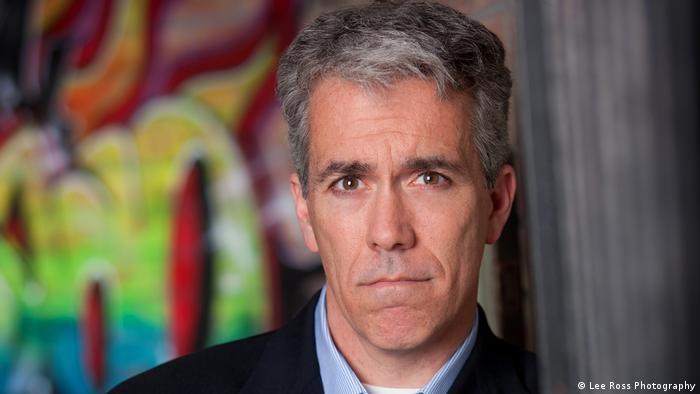 Former Republican lawmaker and talk show host Joe Walsh, who ran against the president in the Iowa caucus that kicked off the primary campaign, agrees. "We've got a guy in the White House who is unfit, completely unfit, to be president and it stuns me that nobody stepped up," he said when announcing his candidacy.

Walsh threw in the towel after getting only 1.1% support, but did not stop his efforts at encouraging others to publicly denounce Trump. This summer, he founded the Bravery Project, to encourage Republicans and other conservatives to stand up publicly against Trump and help vote in Biden. "These are people who've never campaigned for a Democrat," he said.

The group describes itself on its website thusly: "We're conservatives and Independents standing up and choosing to be brave by publicly declaring that Donald Trump and his enablers don't represent us — that Trumpism is destroying this country."

Read more: Biden vows to end 'this season of darkness for America'

'Get Trump out of the White House'

Jack Spielmann is a cybersecurity advisor from Michigan who also served in the US army for 30 years. "I have been a Republican my entire adult life," he said. Though he was not that enthralled when Trump won the 2016 primaries, he gave him the benefit of the doubt. "I had been voting Republican for 40 years. It was my party. I didn't like Clinton, I was glad when he [Trump] won."

But Spielmann's enthusiasm soon soured. "It was terrible how he abandoned the Kurds," he says, referring to Trump's decision to withdraw US troops from Syria. "He abandoned our allies. He's doing harm to the nation and by that the world." Spielmann is not impressed by Trump's handling of the coronavirus either: "Trump didn't accept responsibility for what happened, but you must do that as a leader."

Spielmann says he will vote for Biden in November. "Party is not important. What's important is to get Trump out of the White House."

He is certain that this will happen if just a few thousand disappointed Republicans like him vote Democrat in the decisive swing states.

In a series of recordings, Donald Trump's older sister Maryanne has called the US president a "phony" and someone who can't be trusted. The White House dismissed the recordings as unimportant.

The Democratic convention has ended with an impassioned acceptance speech from Joe Biden. The presidential candidate has been talked up as the anti-Trump. But he'll need more to win over young voters, says Carla Bleiker.