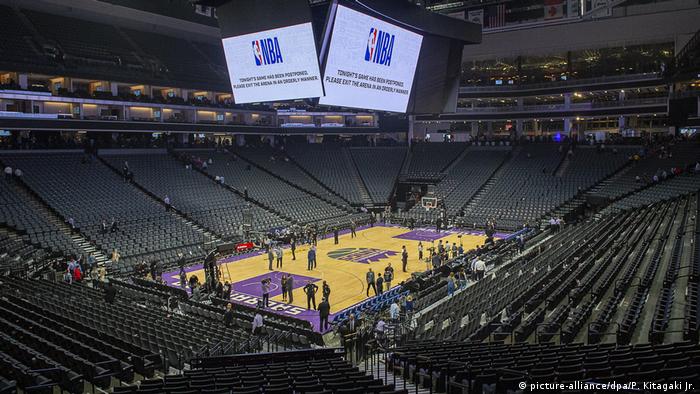 When you think of Orlando, one thing comes to mind: Walt Disney World. "Where dreams come true" is written above one of the access roads to the gigantic leisure complex in central Florida. As you approach the site, Mickey and Minnie Mouse greet you from either side of the three-lane access road and the spires of the famous Disney Castle soon become visible. Palm trees complete the picture.

The cluster of popular theme parks reopened three weeks ago, following a 116-day break brought on by the coronavirus outbreak. But this summer, the parks' usual attractions aren't all that Orlando has to offer; there are also the stars of the National Basketball League (NBA). However, LeBron James, Giannis Antetokounmpo or Germany's Dennis Schröder are not as close to Donald Duck and Co. as you might imagine. On the contrary, the basketball stars are hunkered down in a bubble of isolation at Disney World, and it's in there that they are set to restart play.

The NBA is resuming its season, which was put on hold on March 11, with just 22 of its 30 teams involved. The eight teams deemed unlikely to make the playoffs didn't make the cut. From there, eight "seeding games," will complete the regular season, before the playoffs, which are to be completed no later than October 13.

Having had little time to train together as teams and just a couple of scrimmages since the pause, it's hard to imagine that the players will be picking up where they left off. But most fans won't be terribly concerned about the quality of play, at least not at first. They are simply desperate to finally be able to watch live games on TV again.

But these will be no ordinary NBA games; there will be no fans in the stands, the venues are smaller than NBA arenas, the acoustics will be strange and there will be social distancing on the benches. But what has been normal in 2020 anyway? 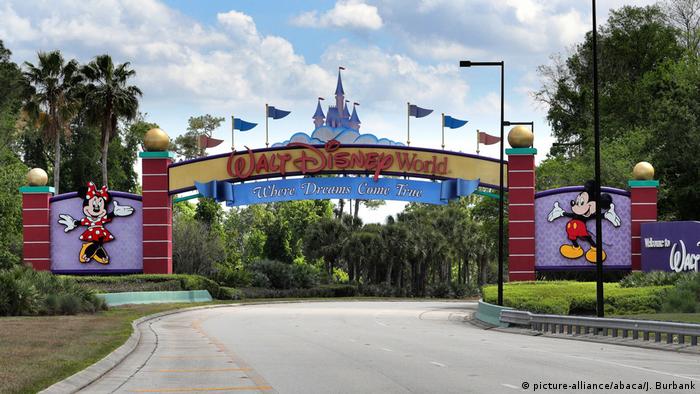 "Everything is different, and you have to be able to adjust to it," Los Angeles Lakers superstar LeBron James told reporters this week. "But at the same time, we know our fans back in L.A. and all over California, all over the world, are looking forward to seeing us play again."

Not only is there an element of risk to this project, but you could argue that there is an element of madness as well – because Florida has been the US epicenter of the coronavirus pandemic for weeks. Nowhere else in the United States have there been as many new infections as in the Sunshine State. The daily record, set on July 12, was 15,300 new cases. On Wednesday, Florida set a new single day state record for COVID-19-related deaths, with 216.

However, the basketball bubble is sealed off from the rest of the state. Players and coaches are restricted to three hotel complexes and are tested daily – in keeping with the league's 113-page hygiene plan. Even the few accredited journalists and the bus drivers who bring teams and media from the hotels to the venues are tested for the virus each day. The Boston Globe described the bubble as "one of the safest places in the world."

The league has spent around $180 million (€153 million) on creating the bubble. So far, it looks like money well spent, as the NBA hasn't reported a single positive test since July 13. Los Angeles Clippers coach Doc Rivers attributes this to the strict testing protocols, the fact that everybody must wear masks and the constant monitoring of players for coronavirus-like symptoms.

"Maybe we should send our game plan to the White House," Rivers told reporters last week.

In other words, to Donald Trump. But the US president has never really taken the fight against COVID-19 seriously, preferring instead to focus his efforts on getting reelected in November. So, while European football was able to return to play mid-May, the United States is now seeing between 60,000 and 70,000 new coronavirus infections per day. 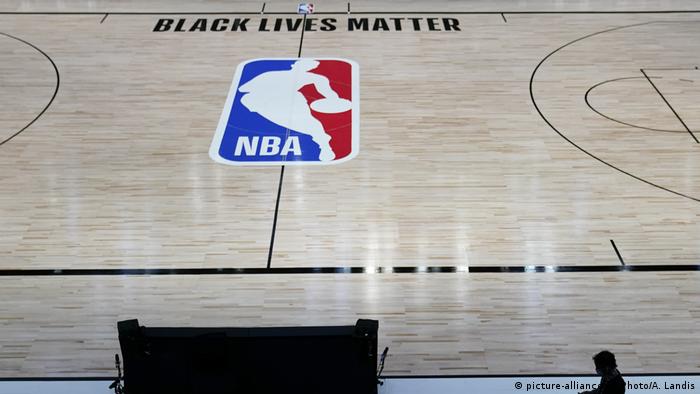 Trump will hear and see much more from the NBA bubble than he'll probably want, for the return to play is a very much about spreading clear, loud and shared social messages. The most important one: Black Lives Matter. The agonizing death of African American George Floyd by the knee of a merciless white policeman on May 25th in Minneapolis has shaken, awakened, sensitized and mobilized the country.

It should come as no surprise that the NBA has embraced the movement whole heartedly. After all, 80 percent of NBA players are Black. Black Lives Matter was painted on the sides of the two buses that brought the defending champion Toronto Raptors to the Orlando complex on July 9. Black Lives Matter is written on the T-shirts of many of the players – as well as on the floors of the three courts where the games will be played. And Black Lives Matter is one of 29 league-approved messages which the players can choose to have on the backs of their jerseys, in the space where their names would usually be.

However, LeBron James emphasizes that Black Lives Matter is actually "not a movement."

"When you're black, it's not a movement. It's a lifestyle, this is a walk of life" the 35-year-old James told reporters in the bubble. "We know that for one step that someone [else] might have to take or one yard someone else might have to take, we know we've got to take five more steps or 10 more yards. That's what makes us as strong, powerful and unique and unified. … Unfortunately, in American society, there ain't been no damn movement for us." 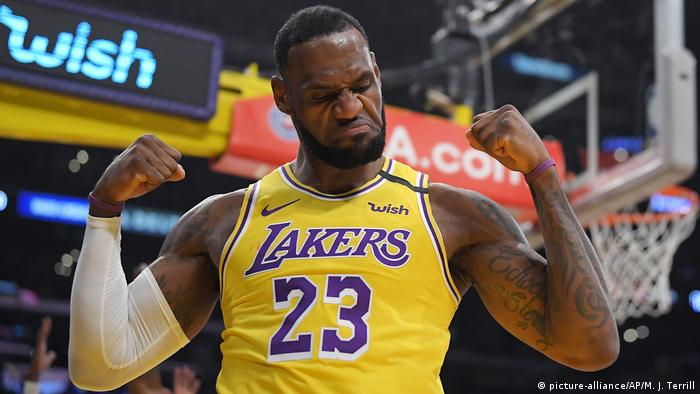 For LeBron James, basketball's biggest superstar, Black Lives Matter is not a movement

NBA players are well aware of the platform that being professional athletes gives them. James, for example, has 69 million followers on Instagram. And when the Lakers star says something like: "The same energy we had on the floor is the same energy we have toward having justice for Breonna Taylor and her family," he reaches a global audience.

The 26-year-old Taylor was shot dead by three police officers in her apartment in Louisville, Kentucky on March 13. The officers were looking for drugs and had stormed the apartment without knocking. Taylor's boyfriend thought it was a robbery and fired his gun. In the ensuing hail of bullets, Taylor was hit eight times. As it turned out, the suspect the officers were after was about 15 kilometers (nine miles) away and had already been located by the police.

"We want the cops arrested who committed that crime," James said. In several Zoom calls over the past few days, NBA players have repeatedly drawn attention to Taylor's fate.

Just before the opening tip off between the Utah Jazz and New Orleans Pelicans that will restart the NBA season this Thursday night, players and coaches from both teams are to gather around in the center circle to take a knee during the national anthem. Emblazoned on the floor are the words Black Lives Matter. Millions of fans will be watching in on television, but Donald Trump won't likely be among them. In a July 1 tweet, the US President described Black Lives Matter as a "symbol of hate."

After a four-month break due to the coronavirus crisis, the NBA is set to resume with games taking place in Orlando, Florida. Dallas center Maxi Kleber spoke to DW about the pandemic and the risks of returning to play.

German basketball players in the NBA

Dirk Nowitzki may be retired, but there are still multiple German basketball players in the NBA. DW takes a look at the six players currently on American teams.

Basketballer Brittney Griner's detention in Russia has been extended by one month. Her arrest has highlighted problems in the WNBA involving time and money that are forcing players to go abroad in the off-season.

Germany's next big hope in basketball has followed his older brother into the NBA. The Orlando Magic selected Franz Wagner in the first round of the 2021 NBA draft at the Barclays Center in New York.