US President Donald Trump's transition team has accused special counsel Robert Mueller of "unlawfully" gaining access to thousands of private emails as part of a probe into alleged Russian meddling in the 2016 election. 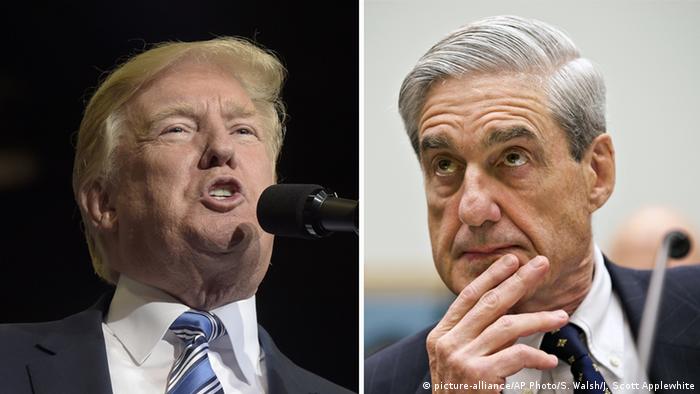 The email trove reportedly contained messages from at least 12 high-ranking members of Trump's transition team, but Mueller has been accused of receiving the files improperly.

The transition group's general counsel, Kory Langhofer, sent letters to the Republican chairmen of two congressional committees on Saturday, saying the GSA's actions were an "unauthorized" release of records.

He added that Mueller's office has "extensively used the materials in question, including portions that are susceptible to claims of privilege."

Read more: Analysis — Despite Flynn's guilty plea, Trump presidency not over yet

According to AP sources, the emails contain communications from more than a dozen Trump transition officials, providing Mueller with extensive information from inside the transition.

Who are the GSA: The agency helps manage US government bureaucracy and often stores presidential transition records on its computers. Trump for America Inc. used the GSA's facilities between Trump's election last November and his inauguration in January this year.

What was in the emails: The records reportedly contained sensitive information, which included national security discussions, potential aims of the Trump administration abroad, and discussions about candidates for government posts.

Russia meddling probe: Since May Mueller has been investigating allegations of Russian interference in the US election and possible collusion with between Moscow and Trump's team. Russia has denied meddling in the election and Trump has called the special counsel's investigation a "witch hunt."

Special counsel Robert Mueller has reportedly asked Deutsche Bank to share data on the US president's business dealings. Trump's lawyer has denied that the bank's financial records were subpoenaed. (05.12.2017)

Former US national security adviser Michael Flynn is cooperating with investigators and has admitted to lying to the FBI. Prosecutors said a "very senior member" of Trump's transition team directed him to contact Russia. (01.12.2017)

Trump's two eldest children Donald Trump Jr. and Ivanka have also been summoned to testify in an investigation into the family's business practices. Trump's legal team tried to block the subpoenas.

Accounting firm Mazars advised that financial statements it had prepared should not be used. Weeks earlier, New York Attorney General found evidence of "fraudulent or misleading" valuations of properties.