Special counsel Robert Mueller has reportedly asked Deutsche Bank to share data on the US president's business dealings. Trump's lawyer has denied that the bank's financial records were subpoenaed. 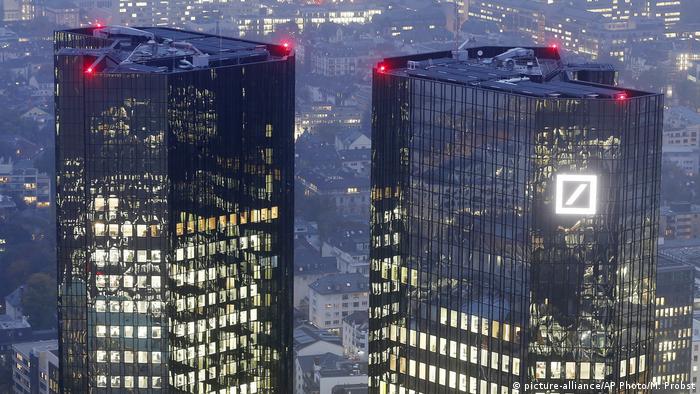 A person familiar with Mueller's investigation told the news agency Reuters on Tuesday that Germany's largest bank received a subpoena from the US special counsel several weeks ago to provide information on certain money and credit transactions, confirming an article by German daily Handelsblatt published on the same day.

President Trump's lawyer, Jay Sekulow, later denied the reports. "No subpoena has been issued or received. We have confirmed this with the bank and other sources," he said. White House spokeswoman Sarah Sanders also rejected the reports, saying they were "completely false."

Deutsche Bank has loaned the Trump organization an estimated $300 million (€253 million) for its real estate dealings prior to Donald Trump becoming president. The bank said it would not comment on any of its clients, adding that it "always cooperates with investigating authorities in all countries."

Mueller is investigating alleged Russian attempts to influence the 2016 US presidential election and potential collusion by Trump aides. Russia has denied meddling in the election and Trump has called the special counsel's investigation a "witch hunt."

In June, Deutsche Bank rejected demands by US House Democrats to provide details of Trump's finances, saying sharing client data would be illegal unless it received a formal request to do so.

Representative Maxine Waters of California and other Democrats have asked whether the bank's loans to Trump, made years before he ran for president, were in any way connected to Russia.

Deutsche Bank faces questions about a series of so-called Russian mirror trades, in which it allegedly helped Russian clients move money out of the country. Those trades are being investigated in multiple probes in the US and Europe. The Mueller investigation now wants the bank to detail any ties between those trades or other Russian financing as it seeks to identify anyone connected to Donald Trump, his family or advisers.

Trump's relationship with Deutsche Bank stretches back some two decades and the roughly $300 million he owes to the bank represents nearly half of his outstanding debt, according to a July 2016 analysis compiled by Bloomberg news agency.

That figure includes a $170-million loan Trump took out to finish a hotel in Washington. He also has two mortgages against his Trump National Doral Miami resort and a loan against his tower in Chicago.

An internal investigation carried out by Deutsche Bank didn't yield any evidence of connections between the client relationship with Trump and the bank's mirror trades affair, a person briefed on the matter said.