Hogir Hirori's award-winning documentary portrays the struggles of activists determined to save Yazidi girls and women who were captured by the "Islamic State." 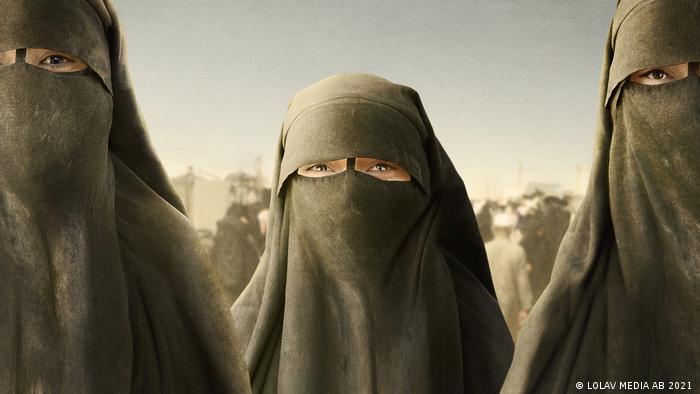 Right at the beginning of the film Sabaya, the defeat of the "Islamic State" (IS) terror group in Syria is announced on the radio.

But the news doesn't have much impact on the task undertaken by Mahmud and Ziyad, volunteers of the Yazidi Home Center. They are on their way to the notoriously dangerous internment camp al-Hol, where an estimated 73,000 individuals from 58 countries — most of them suspected supporters and families of IS militants — are living in tents.

Hidden among them are Yazidi girls and women who were kidnapped by IS to serve as sex slaves, called "sabaya."

The abductions took place five years earlier, when IS captured the province of Sinjar in Iraq. The 2014 massacre against the Yazidis in the region marked the beginning of the genocide of the ancient religious minority.

Mahmud, Ziyad and the small team of the Yazidi Home Center work to locate and save the captive Yazidi — and filmmaker Hogir Hirori joined them to document their dangerous rescue missions.

As one expedition leads to a car chase and a shoot-out on a bumpy road, Hirori's camera stays still, not missing a second of the action. "But I didn't expect to survive that," the filmmaker told DW through an interpreter at the German premiere of his film.

Sabaya opened the Human Rights Film Festival Berlin, held as a hybrid online and on-site event from September 16-25. Even though the Berlin event was the first the director could personally attend due to COVID, Sabaya has already been shown at 30 international festivals, winning the 2021 World Documentary Directing Award at Sundance among other prizes. 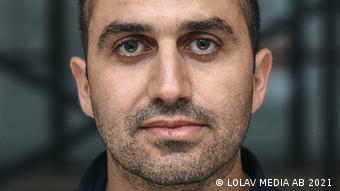 The director, who has been living living in Sweden since 1999, was born in Kurdistan, not too far from Sinjar. Sabaya is his third film in a trilogy on the impact of war in the region, following The Girl Who Saved My Life (2014) and The Deminer (2017).

Through his immersive filmmaking style, Hirori offers the audience rare access to the al-Hol camp. Even though many of the detainees have since been relocated, it is estimated that there are still more than 60,000 refugees in the overcrowded camp controlled by the Syrian Democratic Forces (SDF), a Kurdish-led military alliance that served as a partner of the US in the war on IS in Syria.

To gain the trust of the Yazidi Home Center team and the people they rescue, the documentary filmmaker spent a long period with them: "When they accepted to let me film, they expected me to stay a day or two, or maybe a week, but I was with them for a year and a half," Hogir said.

Children sold from one violent man to the other

What makes the documentary particularly poignant is the stories shared by the women and girls following their rescue from al-Hol.

Some of them were only 12 when they were abducted, right after they had to witness the killing of their entire family.

One survivor recounts how she was sold to 15 different men, who beat her up so badly she ended up with a hole in her head and missing teeth.

Another rescued Yazidi child shown in the film was taken as a 1-year-old baby.

Mothers separated from their rape-born children

Before they return to Sinjar, the rescued women and children are temporarily taken care of by Mahmud's family. His mother cooks for them and his young son plays with them, offering a calming refuge from years of atrocities, but the survivors are caught between dealing with their past trauma and facing bleak perspectives for the future. Not only their family has been decimated, they fear being stigmatized as a former sabaya.

The situation is particularly wrenching for women with children born from IS fathers, since they cannot return to their community with the kids; the Supreme Yazidi Spiritual Council has determined they could not accept children born from rape. 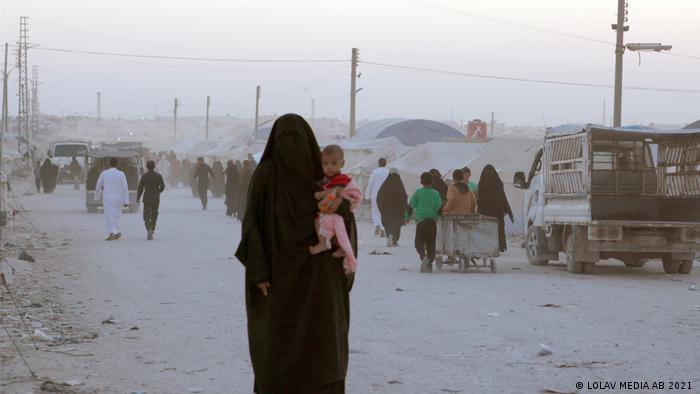 Complicating matters, as Hirori points out, according to Iraqi laws, those children are automatically born as Muslims and must therefore be raised as Muslims. For now, the filmmaker says, the only available solution is to relocate the Yazidi mothers and their children to another country.

Risking his life to make this film even though he also has young children, one of Hirori's main motivations was to reactivate the calls for action from the international community: "I wanted to make this documentary so no one could say I didn't know or never heard of it," he said at the film festival in Berlin.

Also risking their life are the volunteers of the Yazidi Home Center, which includes former sabaya agreeing to work as infiltrators in the al-Hol camp to track down Yazidi detainees amid the mass of IS women who are  instrumental in keeping them captive.

Adding to the challenge of identifying the captive Yazidi, the women are to wear a niqab, the dress ultra-conservative female Muslims wear to cover the faces. 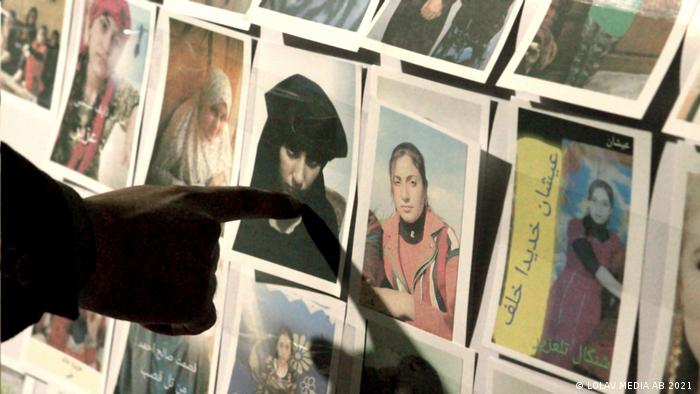 In the film, Mahmud and Ziyad are in constant communication with the infiltrators, spending their days and nights preparing the next rescue mission, comparing pictures of the captive Yazidis, equipped only with a cell phone with a bad internet connection.

The Yazidi Home Center managed to save 206 people. Of the estimated 7,000 Yazidi girls and women who have been enslaved by IS since 2014, there are between 2,000 - 2,800 still missing, according to various estimates.

Since the completion of the film, Ziyad, the director of the Yazidi Home Center had to flee Syria due to increased IS attacks, but he keeps on working on reuniting Yazidi mothers with their children from abroad. Mahmud's home is also a target and can no longer serve as a shelter for the girls.

Hirori hopes that larger government bodies will get involved to save these women who have been largely forgotten by the international community amid other crises: "If individual activists, only equipped with a mobile phone with a poor connection and a small gun can achieve so much, then a major organization can do much more."

While the "Islamic State" (IS) has lost most of its cities in Iraq and Syria, thousands of Yazidis it kidnapped are still missing. Activists say some are being hidden within IS families. Judit Neurink reports from Irbil.