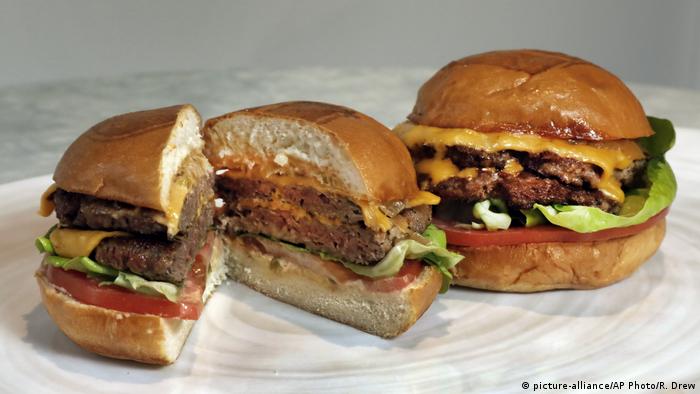 To recognize lifestyle trends, take a look at the stock market. After going public in May 2019, a company in the US named "Beyond Meat" spiked. Are burgers made from pea protein in high demand — or are investors factoring in a new, meat-free era?

That may astonish meat-consuming laypersons: in those foods, where's the beef? But vegans in the know will tell you that many flora foods also contain traces of fauna: for example, the gelatin used to clarify wine. The advent of the "Big Vegan TS" burger in April 2019 in Germany, marketed by a US fast food chain, shows that veganism is not just tolerated. It's going mainstream.

It's about where it comes from

Driven by the ongoing issue of climate change, that lifestyle is trending upwards. Week after week, students in "Fridays for Future" demonstrate for environmental protection.

The most essential measures towards reducing CO2  emissions must be taken by public policy and industry, but Greta Thunberg, the movement's initiator, says that responsibility for the planet begins with personal decisions: no meat, no air travel, no plastic. But does the climate actually benefit from these honorable motives?

Under certain conditions, yes, says Felix Olschewski, cookbook author and blogger on Urgeschmack.de (the page translates as "original taste"). But in many cases, not. "If you care about the climate, you have to ask first: Where's my food coming from?"

A cow on forest-cleared land in Argentina fed soy grown in monocultures and transported to Germany on a freight ship will of course leave a bigger carbon footprint than a locally-grown one. All the more so if the latter, nourished on land unsuitable for cultivation and without agricultural products, makes its own contribution to sustainable grasslands. Even climate-damaging gasses that land-nourished animals emit during digestion enter a natural cycle.

The book author himself eats climate-neutral, refusing bananas and coconut oil. Both are vegan, but long-distance transport gives them a negative climate factor.

There are 1.3 million vegans in Germany. In a country of 83 million residents, that's an insignificant number for marketing considerations, but the number of hobby vegans and flexitarians who occasionally purchase vegan or vegetarian foods is much larger.

It's cool to go without. According to an opinion survey published by "YouGov," 63 percent of Germans want to reduce their meat consumption. The "vegan" label, not long ago a symbol of otherworldly ecofreaks, is now synonymous for "healthy" and "climate-friendly": attractive marketing pitches for any food manufacturer.

Read the fine print, however, and the picture is less clear. "Many products have a such a long list of additives that you can't read them all on the way home," says Olschewski. 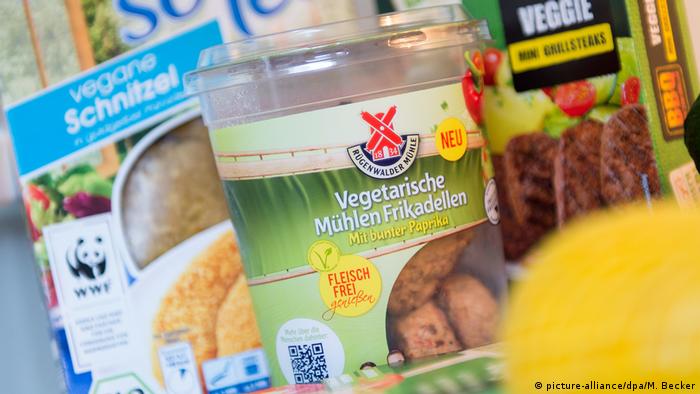 That hasn't (yet) reduced the popularity of these products according to marketing research institute Nielsen, which determined that sales of vegan and vegetarian foods have been increased by 30% every year since 2008.

Germany, the land of wurst

Germany is actually a leader in introducing new products. According to the opinion researcher Mintel, the number of new vegan products is three times higher than in 2013. Fifteen percent of all new products worldwide — vegan liverwurst for example — originate in Germany.

On the subject of vegan wurst products: the market leader far-and-away, as determined by Statista, is a big company named Rügenwalder Mühle. A climate-conscious consumer who buys alternative meat substitutes sold under this label is bolstering the profit margin of a company that largely manufactures conventional, mass-produced and processed meat products.

However, the National Association of the German Meat Industry registers no dent in the demand for meat. One surprising statistic: "Meat sales are on the rise — particularly among young consumers," says managing director Thomas Vogelsang. When at the supermarket, the stomach and the head seem to go different ways: "Many consumers answer polls one way and then buy something else," he explains. 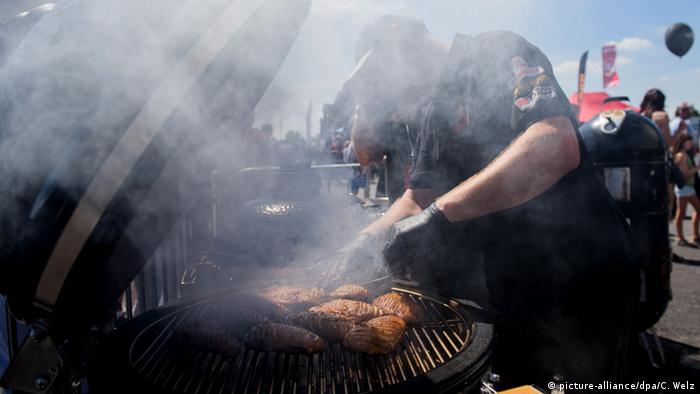 At the BBQ Championship in Fulda, professionals grill every season for top honors

This consumer behavior isn't likely to change soon. "It's like a steamer. It changes direction very slowly," says Vogelsang. It's also a matter of perspective. An upward tick is registered by both top-quality "Dry Aged Beef" and the burger joints that keep popping up in big German cities.

"Take a look around home supplies stores, and you'll see one barbecue grill larger than the other. A giant grill that can accommodate two hundred pounds of meat and takes up the whole terrace is a status symbol nowadays," adds Vogelsang.

How to protect the climate?

It's a complex issue. Climate researchers continue to urge consumers to make discerning purchases and to opt out of meat. A study conducted by Oxford University in Great Britain indicates that one-fourth of global greenhouse gas emissions is caused by food production, and 80% of that results from animals.

The average German generates 11 tons of annual CO2 emissions, but if exclusively plant-based food is consumed, it is estimated to be only nine tons. "Going vegan is probably the biggest handle an individual has on reducing his ecological footprint," explained Oxford scientist Joseph Poore in the German newsweekly Der Spiegel. "The benefit is far greater than buying an electric car or flying less."

The current special report of the Intergovernmental Panel on Climate Change (IPCC) also recommends sharply reducing meat consumption. That doesn't mean bending over backwards however, the report said: "We don't have to decline all animal products but should return to the principle of the Sunday roast," says Alexander Popp, a researcher at the Potsdam Institute of Research into the Consequences of Climate Change and a co-author of the IPCC report.

Worldwide meat production per capita has more than doubled. Equally astonishing is the waste of food products, with up to 30% of total global food production thrown away. 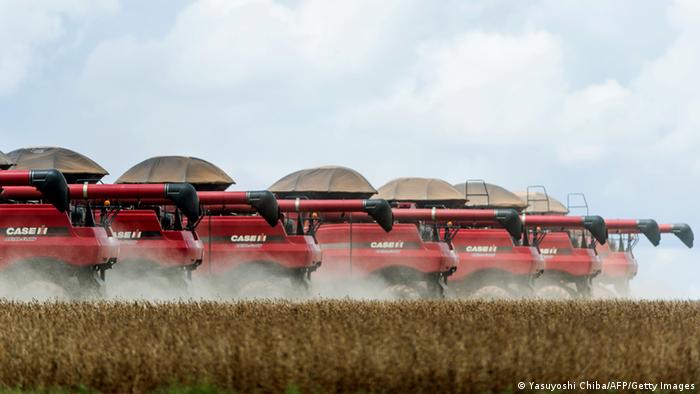 Using arable land to nourish the world's population has grown out of proportion. Researchers for the IPCC report urgently recommend a more sustainable and conservational use of shrinking spaces, be it to sustain animals or for soybean monocultures — which are mainly grown to feed livestock.

What's good for nourishment and for the climate cannot be determined by the food industry, a vegan seal or a lifestyle trend. A veggie burger wrapped in triple layers of plastic or kept edible only with chemical additives can possibly score lower on the eco-friendly scale than wild meat at an outdoor market.

Opinion: The IPCC is right, if we want food, we have to look after our land

As we learn how climate change leaves our food security — and us — hanging in the balance, it's time to stop behaving as though the planet were an endless store of goodies, says DW's Tamsin Walker. (08.08.2019)

A global climate summit has ended in Poland with an agreement on how the 2015 Paris climate accord will be implemented. However, countries could not even agree to 'welcome' the findings of the IPCC report. (15.12.2018)