One in five people across the world dies of causes linked to poor diet, a new study shows. Overconsumption of meat, salt and sugar are the main culprits, the experts behind the study say. 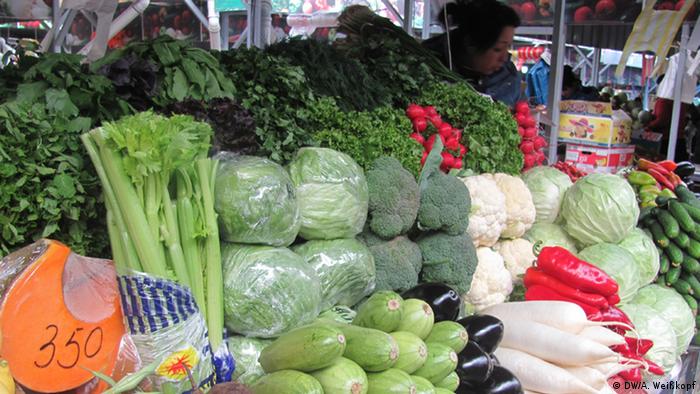 People across the world are eating too much of the wrong food and much too little of the healthy types, a study in the journal "The Lancet" says.

The study, released on Thursday, indicates that poor diet is responsible for more deaths than any other risk factor, including smoking. The biggest killer in the 11 million global deaths attributed to poor diet every year is cardiovascular disease, which is often caused or made worse by obesity.

Read more: Vegetarianism on the rise in Germany, but schools draw the line at veganism

"This study affirms what many have thought for several years — that poor diet is responsible for more deaths than any other risk factor in the world," said study author Christopher Murray, who is director of the Institute for Health Metrics and Evaluation at the University of Washington in the United States.

"Our assessment suggests the leading dietary risk factors are high intake of sodium [salt] or low intake of healthy foods," he said.

Read more: Veganism: good for the environment, bad for people?

How did countries rank? The study put Uzbekistan at the top of the list of countries with the highest risk of diet-related deaths. Israel had the smallest risk — 10 times less than Uzbekistan. Britain ranked 23rd, the United States 43rd, India 118th and China 140th from 195 countries studied.

What do experts recommend?An EAT-Lancet report released in January said consumption of red meat and sugar should be halved, while that of vegetables, fruits and nuts should be doubled, both to stem a worldwide obesity epidemic and to combat climate change. It said too much salt and a too low intake of whole grains and fruits were the leading dietary risk factors.