Deutsche Bank, massive payoffs and being rewarded for failure | Business | Economy and finance news from a German perspective | DW | 12.07.2019

Deutsche Bank, massive payoffs and being rewarded for failure

Public outrage at departing financial executives receiving millions is often palpable. Yet grappling with the issue is harder than it looks in an industry that serves itself above all others. 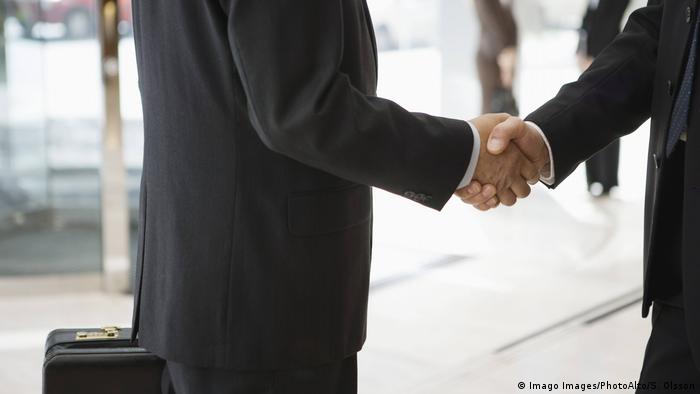 If you had invested $1000 (€887) in Deutsche Bank shares four years ago, not only would you have not made any money from the investment, you'd have lost more than 75% of it.

Deutsche's rapidly disappearing share price has been in line with its shrinking revenues. The bank is also being investigated for alleged money laundering abuses. The past 18 months has surely been the worst period of its 149-year history.

The last week has been particularly brutal for many of the bank's rank-and-file workers — 18,000 job losses were announced amid a major restructuring.

As the waters have risen around Deutsche over the last year, many underperforming executives have understandably departed. Less understandable is the amount of money they have received on leaving.

That was just the beginning of the payoff splurge. According to research by the Financial Times, six more senior executives who departed between May 2018 and July 2019  — Marcus Schenck, Kim Hammonds, Nicolas Moreau, Garth Ritchie, Frank Strauss and Sylvie Matherat  — received $46 million between them.

EU and shareholders struggle to rein it in

Deutsche Bank's singular level of failure, combined with the eye-watering sums it has doled out to those who facilitated that failure, makes it a somewhat extreme example.

But the issue of extravagant payoffs to departing executives is a problem across the financial sector and in other areas, according to Benoit Lallemand, secretary general of Finance Watch, a Brussels-based NGO that lobbies for greater financial regulation.

Following the 2007-08 financial crisis, the European Commission moved to curb excessive banker pay and bonuses through the 2013 Capital Requirements Directive.

Lallemand says severance packages or "golden parachutes" such as those enjoyed by departing Deutsche Bank executives are "a sort of loophole" to that legislation because executives whose pay or bonuses are capped will come in the end anyway.

He believes the European Banking Authority (EBA), an EU regulatory agency, should update its guidelines and push for stronger legislation.

"This is not just typical NGO language wanting to punish bankers," he says. "This would ensure good practice and good governance in terms of the incentives you give top management."

The EU directive leaves much of the power in the hands of shareholders. Sean Byrne from the School of Business at the Technological University of Dublin says that ultimately, shareholders are not always the best people to rein in excessive payouts. 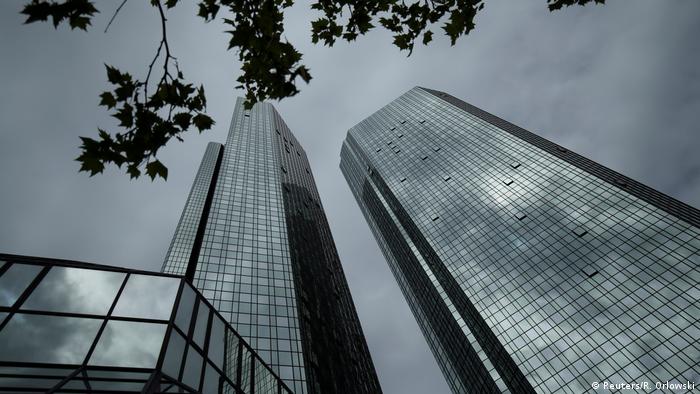 Deutsche Bank cut 18,000 jobs this week, but seven senior executives at the company received more than €50 million in severance pay over the past year

"There is a big issue about how management's operations are controlled by shareholders," he said. "It hasn't proven possible really. Nobody has really come up with a long-term solution to the problem of getting management to act in the best interests of shareholders."

A spokesperson for the Confederation of German Employers' Associations (BDA) told DW that in Germany, salary structures and remuneration issues in larger companies are almost always decided by the supervisory board.

"We assume that the supervisory board regularly meets its responsibilities appropriately and makes well-balanced decisions for the company," the spokesperson said.

BaFin on the horizon?

A spokesperson for the Association of German Banks (Bundesverband deutscher Banken), a lobby group for the German financial sector, told DW that the group could not comment on individual cases, such as that of Deutsche Bank.

The group said banks were bound by EU regulations and by those of BaFin — Germany's financial regulator — which has requirements on severance payments, as part of the so-called "Supervisory Requirements for Institutions' Remuneration Systems."

"Severance payments must take into account the person's previous performance. In particular, negative contributions to success or misconduct are to be taken into account," the legislation states.

However, with multiple exceptions to the legislation requirements, it appears that Deutsche Bank executives' payoffs are not subject to BaFin scrutiny. As mentioned, much of the oversight power lies in the hands of shareholders, rather than regulators.

A spokesperson for BaFin told DW that the regulator could not comment on individual banks. 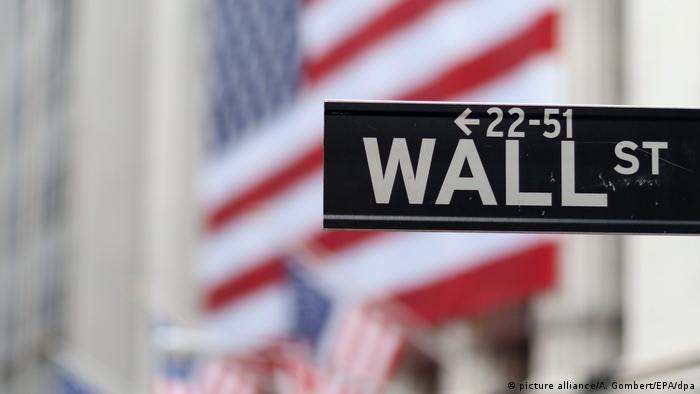 The financial crisis of 2007-08 led to mass protests and more stringent regulation, but Benoit Lallemand says "arrogance" has crept back into the financial sector

Baby, you're a rich man too

Despite regular bouts of public outrage at what many deem excessive pay, bonuses and severance packages in the financial sector, Lallemand says the sector itself justifies the figures by saying they are necessary to attract the right kind of "talent" to a company.

"I suppose you are sending a signal to potential new recruits that you are well treated even when you are laid off," he says.

Sean Byrne agrees, and says another major problem is that executive contracts tend to be watertight, as so much is made in the financial sector of the need to secure "the best talent" with generous contracts.

"All of these top executives have watertight contracts that specify what they will get," he said. "But the interesting thing is that the evidence doesn't show a close relationship between how high executive pay is and the performance of the company."

Alongside the specific question of high severance payoffs, there is the more general question of how much CEOs and senior executives in large corporations get paid, relative to the average worker in their country.

Based on Bloomberg's annual Global CEO Index (see graphic), the disparity between the average earnings of a CEO and an average worker is largest in the United States, although Germany also makes the top 10.

Professor Niamh Brennan, Academic Director of the University College Dublin Centre for Corporate Governance, says that in her opinion "the remuneration of executives is a bit of a racket."

"One of the reasons why it doesn't work properly is because of the human relationship issues around the board and between the board and the executives.

"For example, if you have somebody who says things like 'company executives get paid too much and they rip off the shareholders '...what would you say your chances of getting onto a listed company board would be if you expressed these kind of views?

"There is a certain kind of self-selection bias and the kind of people that get onto boards of listed companies. They know what the game is. The game certainly isn't standing up the chief executive and telling him you're getting paid far too much."

She believes there is little chance of the industry regulating itself.

"There is an awful lot of self-serving arguments mobilized to protect the establishment situation," she said. "The argument is constantly trotted out that if we don't pay the CEO staggering amounts of money then he will leave and go elsewhere.

Money a true measure of achievement?

"That is a very dangerous dynamic because you are getting people for these jobs who have a single metric in mind and that is money. If you have people at the top of organizations for whom their own staggering sums of money is their No.1 objective, they are likely to be flawed characters."

Advocates of greater financial regulation like Lallemand at Finance Watch say legislation is the only way to deal with the issue of excessive payoffs and believes the EBA has the power to significantly beef up their powers on the issue.

Regardless of when that happens, if it ever does, it will come too late to deal with the Deutsche Bank executives who left with lucrative payoffs over the last year, and indeed, for the many thousands who lost their jobs this week.

BIS calls for capitalism to save itself, from itself

Global central banks' role is now exhausted and monetary stimulus adds little economic value, in fact it does more harm than good. Those are not the warnings of rabid Marxists, but the Bank for International Settlements. (03.07.2019)