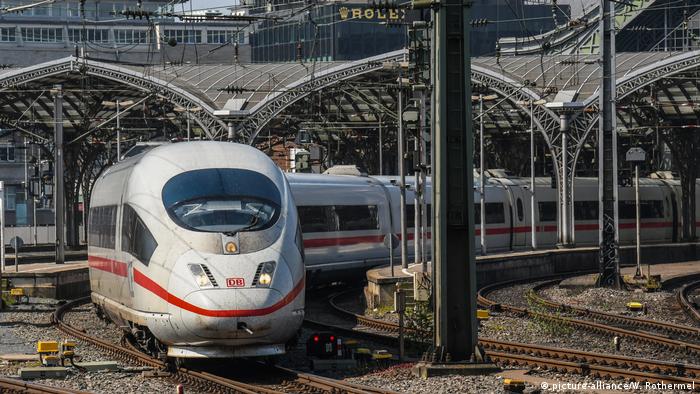 Germany's Deutsche Bahn (DB) announced Friday that it would spend €12.7 billion ($15.3 billion) on modernizing its rail network as well as some train stations.

Pofalla noted that the sum is the most ever invested at one time in Germany's rail infrastructure, coming in at half a billion euros more than what was spent over the previous fiscal year.

DB says the investment will be put toward modernizing some 1,900 kilometers (1,181 miles) of tracks, 140 bridges and around 2,000 track switches as well as construction work on train stations across the country.

The carrier says it will hire some 2,000 engineers and 1,700 maintenance workers for its modernization plan, as well as adding 20% more building management workers at train stations.

DB has singled out several instances of infrastructure expansion on existing lines (Nuremberg-Erfurt, Berlin-Dresden, Braunschweig-Wolfsburg) as well as in Cologne, a constant bottleneck in DB's rail network.

Some high-speed rail lines (Hannover-Würzburg, Kassel-Göttingen) will also be overhauled.

The rail carrier claims that its improved ability to control the flow of passenger and cargo rail traffic on its network will allow it to complete work with less interruption and inconvenience to passengers.

DB says recent improvements in punctuality can be traced back to better construction site management.

How much is the state kicking in?

"Things are moving in the right direction," said Dirk Flege, the managing director of the non-profit transport association Pro-Rail Alliance.

"Still, Germany needs more than just a new, more modern rail network. It also needs one that is expanding. The federal government's efforts are lacking in that regard," he cautioned.

Nevertheless, critics say that despite the seemingly massive sum, it likely still will not be enough to finish the job due to years of chronic underfunding.

In January, DB and the German federal government signed a new investment agreement.

The government committed to contribute €62 billion towards maintaining and modernizing DB's rail network between now and 2030, with the state-owned rail company contributing another €24 billion.

Most of the money earmarked for the project (€10.3 billion) will come from Germany's federal and state governments as well as DB.

The remaining €2.4 billion will come from the company's own maintenance budget.