Despite record coronavirus aid, millions still slip through the net | Business | Economy and finance news from a German perspective | DW | 15.05.2020

Despite record coronavirus aid, millions still slip through the net

Governments are offering financial help at an unprecedented peacetime level due to the COVID-19 pandemic. But many recipients face delays in receiving their cash, while needless bureaucracy leaves others with nothing. 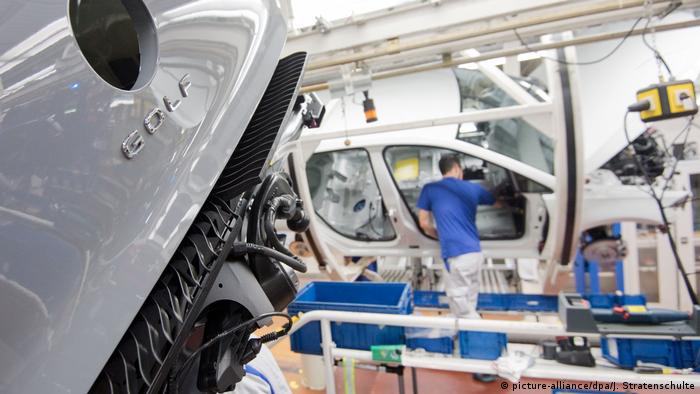 World leaders have fallen over themselves to mount a robust response to economic woes thrown up by the coronavirus pandemic. Germany's wage subsidy program (kurzarbeit) is expected to save as many as 10 million workers from unemployment by putting them on reduced hours until business picks up.

The US is now mailing the second round of stimulus checks worth $1,200 (€1,109) to residents on low-to-medium incomes. Britain, meanwhile, took great pains to announce that the country's aid program for furloughed workers would be worth 85% of monthly salaries — a higher rate than even Sweden.

The reality for millions of people, however, has been quite different. In Germany, for example, freelance workers and the self-employed — especially those in the creative sector — have complained that they are not entitled to either state help meant for workers or companies. A survey by Kantar for the Welt am Sonntag newspaper last week estimated that 2.1 million Germans were facing ruin as a result.

"The emergency aid only works to a limited extent," Dagmar Schmidt, chairwoman of the Federal Association of Fine Artists (BBK), told the Rheinische Post. She noted that in the states of Berlin and North Rhine-Westphalia, "the pot was emptied quickly" and that those who didn't apply for financial help early enough were rejected for technical reasons.

US stimulus checks were delayed for a few days so that US President Donald Trump's name could be added to them. Although tens of millions of people who received their cash into their bank account have now been paid, those waiting on checks have been told they may only receive them as late as September.

Unemployment in the US has skyrocketed to 36 million, but several states have struggled to handle the sudden and unprecedented increase in claims for financial support. Florida, for instance, has paid out to less than half the 1.4 million claimants who registered for unemployment benefits between March 15 and May 12, according to official state data.

Two lawyers who have asked a court to force Florida authorities to speed up the processing of unemployment claims say the "system is broken” as a result of deep public sector cuts over the past decade. The pair have accused the Department of Economic Opportunity of breach of contract with the public, but the first judge who heard the case rejected their claims.

Britain, meanwhile, bowed to pressure that its coronavirus aid package left out the country's 4.7 million self-employed workers. Ministers introduced a separate scheme, which will only start paying out from June, and only to those who registered with tax authorities more than a year ago. That rule alone is likely to leave at least 200,000 people ineligible, let alone those working in the gig and black economies.

The Association of Independent Professionals and the Self-Employed has urged the UK government to "not forget the groups that have not got the support they need," noting that many people have been forced to revert to the Universal Credit welfare system, with barely 400 pounds (€451, $488) a month to live on.

The University of Bristol said in a recent report that during the first week of April alone, 25% of UK households had lost earnings and that only two-thirds of them were likely to be covered by the various coronavirus-related schemes. Researchers calculated that 10% of UK households had no option but to rely on the basic welfare system.

"The pandemic is hitting people's finances harder and faster than the last economic downturn ... it is affecting people in all parts of the country equally," the report's author, emeritus professor Elaine Kempson, wrote.

Short-time work as it's been practised in Germany

Huge queues for food in Spain

Spain, with the highest rate of unemployment in the European Union even before the health crisis began, has seen a huge spike in joblessness since a nationwide lockdown was ordered on March 14. Spaniards are also facing delays in receiving aid meant for furloughed workers, so much so that the Red Cross has set aside €11 million to help 1.3 million people with their basic necessities, including food and medicine.

The public help offered by many countries is often so generous that governments had to impose strict oversight to prevent fraud. Indeed, scammers have cloned government aid websites to fool claimants into applying for financial help, only to use their data to claim money for themselves. Rights groups are also concerned that some unscrupulous firms are offering to help workers to apply for aid, albeit for a large commission.

Many observers, including the United Nations, complain that financial assistance to help corporations and small and medium-sized enterprises through the health emergency have few strings attached.

"Very few conditions have been imposed on companies receiving support," Olivier De Schutter, the UN special rapporteur on extreme poverty and human rights, told DW. He said governments could have required firms to ensure labor and human rights were maintained along their complex supply chains to protect more workers.

Only France, Denmark and Poland made the release of financial aid conditional on companies not being registered in tax havens. Last month, the Associated Press reported that $330 million in US aid meant to protect small businesses from bankruptcy had been allocated to publicly traded firms, many with thousands of workers, and including those who had previously faced government penalties for wrongdoing.

"State aid should be carefully designed to ensure that the real economy benefits and that this money does not go simply to paying dividends to the shareholders," De Schutter said.

He said that governments appear to have "entirely” forgotten their commitments to the UN's Sustainable Development Goals, which includes the eradication of poverty and reduction of inequality.

Charged with shielding society’s most vulnerable, British care homes are vital to the nation’s coronavirus battle. But understaffed and poorly equipped, this often forgotten frontline is approaching breaking point. (03.05.2020)