As the coronavirus crisis in Germany is keeping many people out of work, the government has passed an aid package to help low-income workers and small businesses avoid economic meltdown. 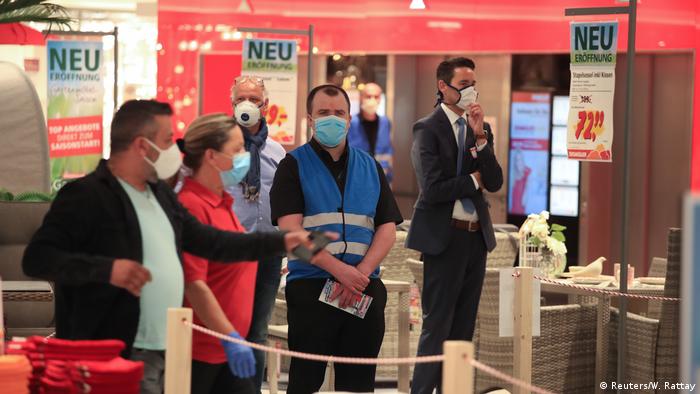 Parties in Germany's governing coalition worked late into Wednesday night to come up with an aid package to protect employees and companies from the worst economic impacts of the coronavirus pandemic.

In a document released early Thursday morning following several hours of "intense" negotiation, the heads of the CDU, CSU and SPD agreed to increase short-term benefits for furloughed workers, extend the duration of unemployment pay-outs, and provide tax relief to suffering industries like catering.

"The Federal Government must take further measures to cushion social and economic hardships and support recovery," the statement said.

Due to lockdowns closing off many employment sectors in Germany, low-income workers in catering and hospitality have seen their incomes dry up.

The German Federal Employment Agency provides short-time unemployment benefits when employers are forced to temporarily shorten workers' hours. The short-term scheme is also designed to prevent people from permanently losing their jobs due to "unavoidable" events.

The new short-term aid package will extend and increase the level of support in stages. Workers who have had their hours reduced by at least 50% will receive an increased payment of up to 77% of total net income after the fourth month of receiving benefits. Those still receiving benefits after seven months will receive between 80 and 87%. The current level of compensation is between 60 and 67%.

Other tax breaks are planned for small and medium-sized businesses to free up liquidity and offset losses.

The aid package comes with a hefty price tag. SPD chief NorbertWalter-Borjans said that the aid will cost in excess of €10 billion. The tax relief for restaurants and bars is expected to cost €5 billion alone over the next year, the DPA news agency reported.

Most Germans are not overly worried about the coronavirus outbreak and feel the country's health officials have the situation under control. But they're more divided on accepting refugees and Germany's political makeup. (06.03.2020)

Just how helpful is the IMF's debt relief?

Besides granting emergency credits to some, the IMF has decided to provide debt relief for poorer nations under its Catastrophe Containment and Relief Trust (CCRT). Are we talking about real help or just symbolism? (15.04.2020)