The coronavirus stimulus bill has been approved as the United States tries to stave off the economic impact of COVID-19. The US has recently overtaken China to become the epicentre of the deadly virus. 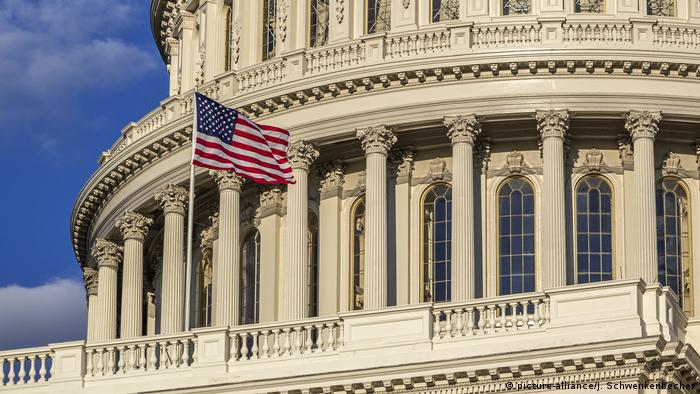 US President Donald Trump has signed into law an unprecedented $2.2 trillion (€2.1 trillion) economic relief bill to help combat the financial implications of the coronavirus.

On Thursday, the United States surpassed China's total of COVID-19 cases with more than 82,000 reported infections. Almost half of all cases in the US have occurred in the state of New York.

What does the package entail?

Essentially, it is a bridge loan to sustain and stimulate an ailing economy until the virus is contained.

What have been the reactions?

Having passed both the Senate earlier in the week and then the House of Representatives on Friday morning, Trump duly signed it into law in the afternoon.

"This will deliver urgently needed relief," Trump said as he put pen to paper in the Oval Office, flanked only by Republican lawmakers. He expressed gratitude to members of both parties for putting Americans "first."

Speaker of the House Nancy Pelosi joined President Trump's effusive praise of the bill and what it will do for US citizens. "The American people deserve a government-wide, visionary, evidence-based response to address these threats to their lives and their livelihood and they need it now," Pelosi said.

Earlier, before the bill had passed the House, Trump lashed out at Republican Representative Thomas Massie who appeared to be trying to delay the vote by insisting on a more formal process.

The president tweeted: "He just wants the publicity. He can't stop it, only delay," the president wrote in a series of tweets. ".... throw Massie out of Republican Party!"

Coronavirus: US overtakes China as country with most COVID-19 cases

The US now has more than 82,000 cases, with the country set to have the highest ever number of infections recorded by a nation in one day. The global figure now exceeds half a million. Follow DW for the latest. (26.03.2020)

Europe's largest economy has taken a hit from the coronavirus outbreak. But now, the stretched healthcare system, as well as workers and companies in dire straits are set to receive state help on an unprecedented scale. (27.03.2020)

The president called the bill a "disgrace" and demanded that individuals receive much more than a $600 stimulus. Opposition Democrats agreed with him on that point.