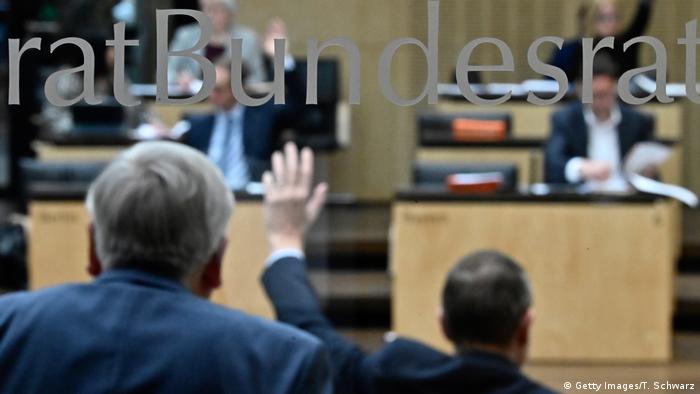 Germany's upper house of Parliament on Friday approved a €750 billion ($814 billion) aid package to protect the economy from the worst effects of the coronavirus outbreak.

It will be funded by €156 billion in new debt in a move that breaks with Germany's longheld attachment to a balanced budget.

The budget includes money for the healthcare sector as well as support for small businesses, the self-employed and those on short-term contracts.

"This is not the time for those who want to go it alone," said Brandenburg State Premier Dietmar Woidke, who chaired Friday's session. He added that the situation was "very serious" but that Germany "can and will beat the virus."

The measures were passed in a fast-track procedure of less than a week. German President Frank-Walter Steinmeier signed the bill into law immediately. The lower house of Parliament, the Bundestag, had approved the measures on Wednesday.

The first funds are expected to reach those in need by April 1.

What is in the package?

There is money for Germany's hospitals to double the number of intensive care beds, as well as to buy in-demand supplies such as facemasks and other protective gear.

A total of €50 billion has been set aside for rapid support for the self-employed and the smallest businesses with 10 or fewer employees.

Large firms will have access to a €600 billion fund and may be nationalized if necessary.

Some money will be set aside as part of a general "readiness fund."

Not all the help that the government plans to provide is factored into this budget. Bigger help packages will be funneled through other mechanisms such as a planned economic stabilization fund and loans through state business development bank KfW.