Despite Detractors, Germany Pursues Elite Schools | Germany | News and in-depth reporting from Berlin and beyond | DW | 28.08.2006

Germany's plan to overhaul its university system and create a cadre of elite universities is heating up. In January, the field was narrowed to 10 finalists; this autumn will see a final selection. 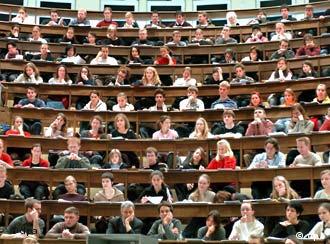 Until recently, the term "elite" university had a negative connotation in Germany, a country which prided itself on offering its citizens a higher education that was egalitarian and free of charge.

But that notion is beginning to change. The country's star as an important center for scientific research has been fading for more than a decade, with academics fleeing chronically underfinanced universities for better paid positions overseas. The media regularly warn of a scientific brain drain.

Germany's answer? The "excellence initiative," a plan to create a cadre of elite universities that will receive a boost in state and federal funding amounting to 1.9 billion euros ($2.4 billion) over the next five years.

The aim is to polish Germany's reputation for academics, and bring some of its top universities into competition with well known US and UK elites, like Harvard and Oxford. 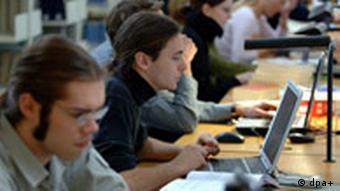 The folks behind the project are hoping for nothing less than to bring about a paradigm shift in how Germans regard higher education.

"The idea behind the program is to make clear that there is already inequality in the German university system," said Sabine Behrenbeck of Germany's Scientific Council, a German accreditation body and one of the organizations in charge of the "excellence initiative" selection process.

She defended the concept, which is frequently criticized as being too elitist, saying: "All German universities are not equally good. There has already been a differentiation. Now that should be made transparent, and it should also be encouraged."

Ten universities have already made it through a pre-selection process. They will now compete for funding in three areas, or pillars. The first is in the area of "graduate schools," based on the schools' concepts of how to promote young talent. The second is financing for what is called "research clusters," centers of excellence in a given field. (A single university can apply for funding for several graduate schools and several clusters simultaneously.)

Schools that are awarded funding in these areas are then eligible for a third, more substantial source of funding -- if they can present a dazzling vision of educational excellence for the future. It is the winners in this last category that will comprise the "elite" universities.

On Oct. 13, the organizing committees will name the recipients, each of which can expect to receive around 21 million euros annually -- though the amount will differ per school.

Next year, the whole process will take place again, resulting in the selection of another handful of super-schools, sometime in 2007. In the end, the country hopes to establish around 10 such "elite" -- or at least, better-funded -- universities.

The idea, said Beate Konze-Thomas of the German Research Foundation, which is organizing the selection process along with the Scientific Council, is for universities to make the most of their strengths.

"(They) have to ask themselves: Where are our strengths? What can we offer that others cannot? Do we have a geographic advantage -- if we are on the North Sea coast, then we can specialize in marine biology. …These are things that were not previously looked at so intensively," Konze-Thomas said.

Even more than the extra funding, the schools that make the final cut in October can expect to get a good dose of prestige.

"It's not just about the money. It's also the label 'excellence' that was the point of the competition," said Konze-Thomas. But a long-term solution is needed before the idea of elite universities will really take hold, she said.

"It is like with English lawns that have been watered morning and night for a hundred years. We have universities that are older than 100. But we don't seem to make the most out of them."

Amid a continuing debate over the reform of German universities, a privately-funded business school opened its doors to students Monday.(Jan. 9, 2006)

Ten German universities have been shortlisted in a competition for millions of euros in extra funding for so-called "elite universities" the government wants to establish to improve Germany's international standing.(Jan. 21, 2006)

Two roller coaster trains collided at a Legoland amusement park in southern Germany. None of the injuries are said to be life-threatening.