Amid a continuing debate over the reform of German universities, a privately-funded business school opened its doors to students Monday. 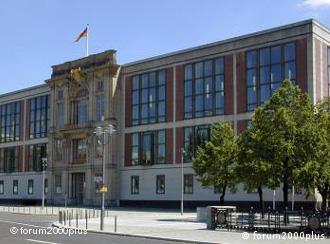 Around 30 students from 15 nations began working towards their MBAs Monday after the first private university to offer a purely business curriculum in Germany held classes for the first time.

The European School of Management and Technology, whose main campus is located in the heart of Berlin, offers its one-year MBA through classes held in English, and places an emphasis on practical experience. Tuition costs 50,000 euros ($60,430), which students pay with help from their employers, scholarships or out of their own pockets.

The university, which also has campuses in Munich and near Cologne, was first started in 2002 with the backing of some of Germany's top companies, including automaker DaimlerChrysler and insurance giant Allianz, to improve the standards of Germany's business education and provide German corporations with an increased pool of well-trained labor. The new Berlin branch is accredited by the city-state's Senate.

The school is the latest among a handful of private universities to open their doors in Germany in the past five years, all of which offer courses in business, among other subjects.

Billions for research and development

The new institution started up as polls continued to show that German universities rank unfavorably against their counterparts abroad. In a Times Higher Educational Supplement survey of the best 200 international universities in 2004, the highest ranking of a German university was Heidelberg at place 47. 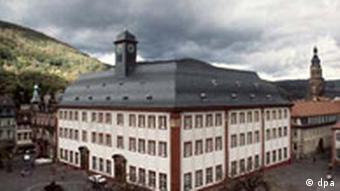 Such findings, a brain drain of academics and the poor financial shape of many German universities have been fueling a debate in Germany on how to improve education, including creating "elite" universities or charging tuition.

Last month, the German government decided to spend an additional 6 billion euros in research and development by the end of 2009. The plans for the next four years are expected to be finalized by mid-February and focus on life science, health, and nano- and automotive technologies. 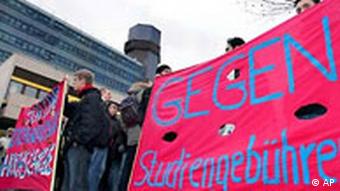 Students say no to tuition fees

The previous government of Social Democrats and Greens had agreed with Germany's 16 federal states to spend 1.9 billion euros over six years to improve the country's academic institutions. The federal government was to contribute 75 percent of the money. The plan represented a compromise between federal and state governments after the latter had opposed a federal push for 10 elite universities throughout the country.

Meanwhile, students expressed a variety of academic preferences. When asked what institutions they favored, students said they preferred business education in Cologne, Münster, Düsseldorf and Mannheim, according to a recent poll by Spiegel Online Web site. Law students were partial to Bochum and Hamburg, disdaining Berlin's universities. Would-be doctors chose Humboldt University in Berlin, Cologne, Münster, Heidelberg and Freiburg as their top choices and rejected such universities as those in Greifswald, Geissen and Homburg-Saar.

The preferred universities were chosen based on academic quality but also on the places students wanted to live. The poll was carried out in cooperation with the German office that handles students' requests for transfers to other institutions.

With conservatives gaining ground in German politics, the idea of free university education appears to be a thing of the past. But, the idea of tuition fees and even study loans remains anathema to many students. (June 6, 2005)

While Germans continue to bemoan their educational system, German higher education is being successfully exported to the Arab world. (Dec. 7, 2005)

Information on studying and doing research in Germany