The new law, approved by the Danish parliament, will allow authorities to seize migrants' valuables and delay reunification of families. The government shrugged off international outrage over the move. 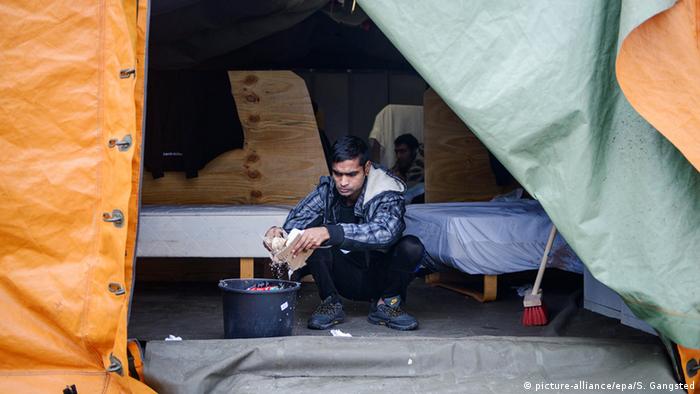 An overwhelming majority of lawmakers voted for the bill on Tuesday, including the ruling Liberals, their right-wing allies, and the main opposition Social Democrats.

The Scandinavian nation needed a tough law on migration in order to curb the influx of refugees, according to the government.

"There's no simple answer for a single country, but until the world comes together on a joint solution [to the migrant crisis], Denmark needs to act," MP Jakob Ellemann-Jensen from the Liberal party said during the debate.

Under the upcoming law, refugees would be required to hand over valuables worth more than 10,000 Danish kroner (1,340 euro, $1,450). Wedding rings and other items of sentimental value are to be exempt. Also, the police would be able to seize cash above 10,000 kroner.

The government argues that Danish citizens also need to sell their jewelry and hand over their money in order to receive state benefits. However, Danish nationals are not subject to the same kind of search as the refugees.

Also, the new measures would extend the waiting period for family reunification from one year to three years.

The Danish ruling party first announced the controversial idea in December. The initial draft had no exceptions for items of sentimental value and aimed for a much lower 3,000-kroner threshold.

Many international organizations and activists immediately spoke out against the move, some comparing it to the Nazi treatment of Jews during the Holocaust.

Faced with international pressure, the party watered down the legislation. However, even the new version of the bill remains controversial.

Ahead of the Tuesday vote, the UN's refugee agency, the UNHCR, said the bill violated several conventions on rights and refugees, and the Council of Europe aired its concerns about the "compatibility" with the European Convention on Human Rights.

In addition, Amnesty International has called the three-year waiting period for family reunifications "cruel," saying it could "have a devastating impact on families."

The law became the object of satire online, for instance from the ironic Twitter account "Save Denmark," which speaks in the voice of a concerned citizen. The joke account shared its "joy" at the decision on Tuesday.

In response, Prime Minister Rasmussen stated that the UN Refugee Convention may need to change if the refugees keep coming.

On Tuesday, Social Democrat Dan Jorgensen addressed opponents of the bill, demanding: "To those saying what we are doing is wrong, my question is: What is your alternative?

"The alternative is that we continue to be [one of] the most attractive countries in Europe to come to, and then we end up like Sweden."

Copenhagen has often referred to neighboring Sweden as a cautionary tale, where 163,000 asylum applications were submitted last year - compared to some 20,000 in Denmark.

Danish Queen Margrethe is expected to sign the bill into law within the coming days.