The Danish government has defended its bid to search the luggage of refugees for cash and valuable items. The police would not seize wedding rings, watches and mobile phones, according to the draft law. 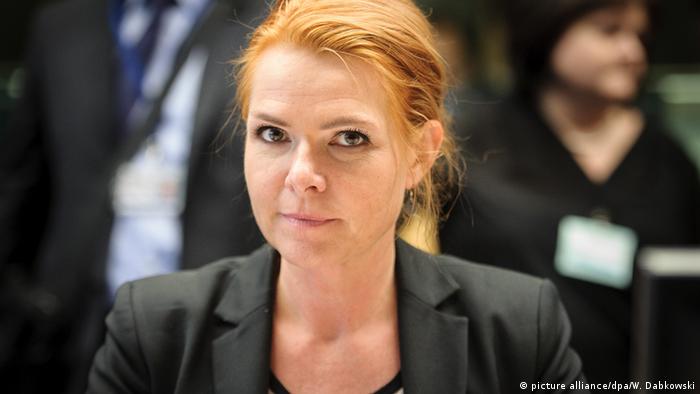 The government may charge asylum-seekers for their stay in refugee centers, Danish Integration Minister Inger Stoejberg said on Friday.

In response, the minister from the center-left Liberal party said that "some foreign media" were "pouring scorn" over the initiative.

"There is no reason to criticize, since it is already the case that if you as a Dane have valuables worth more than 10,000 kroner it may be required that they are sold before you can receive unemployment benefits," Stoejberg wrote on Facebook.

The officials would not take items of "sentimental value," according to Stoejberg. Wedding rings, watches and mobile phones would also be off limits, she added.

Previously, some observers had drawn comparisons with the Nazi policy of seizing gold and jewelry from Jews in World War II.

The government claims that the new law would simply bring refugees into line with unemployed Danes.

Danish Prime Minister Lars Lokke Rasmussen said some media were painting "an incorrect picture of Denmark," and praised the generosity of the Danish welfare state to reporters in Brussels.

"It is in that context you should understand that we in Denmark say that before you get these welfare benefits you must, if you have a fortune, pay yourself," he said, according to the daily "Politiken" paper.

Pushing against the influx

The proposal has the backing of the anti-immigrant Danish People's Party, the group which also supports the ruling Liberals in parliament. The assembly is set to debate the legislation in January.

An online petition against the law has topped 6,000 signatures on Friday.

Danish authorities registered some 18,000 asylum claims in the first 11 months of 2015, compared to around 150,000 in Sweden, according to the AFP news agency.

In addition to the most recent legal push, Denmark has also shortened asylum permits, sharply reduced social benefits for refugees, and placed adverts in Lebanese newspapers to discourage migrants.

'Clear no' in Danish vote on deeper EU cooperation

Danes have rejected a government proposal to further their country's involvement in the EU. Prime Minister Lars Lokke Rasmussen announced the referendum had resulted in a "clear no." (03.12.2015)

After Denmark's 'No,' will the UK be more likely to go it alone?

Britain's anti-EU faction is hailing the victory of its Danish counterpart as a sign for the union to worry. But as always with these two countries, it's a bit more complicated. (05.12.2015)