Woman stabbed to death at Swedish center for young migrants

A young asylum seeker in Sweden has allegedly stabbed to death an employee at a refugee center near Gothenburg. The victim, a 22-year-old woman, died of her injuries in hospital. 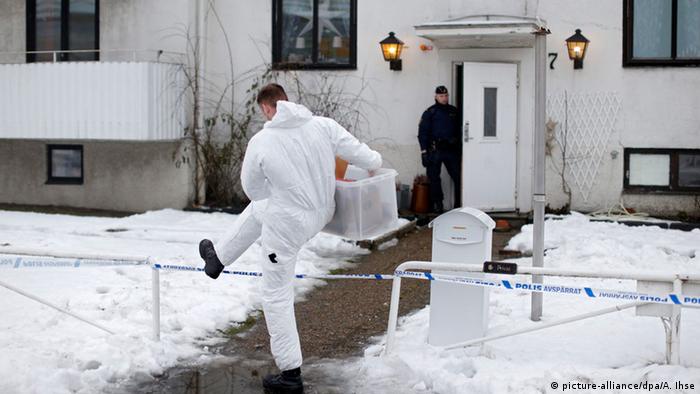 Swedish police said on Monday that a male suspect had been arrested following the stabbing, while declining to give further details regarding his age, nationality or possible motive.

The incident occurred at a shelter for homeless youths, most of them reportedly migrants, in the western coastal town of Mölndal, near Gothenburg. The 22-year-old woman was working there when she was attacked, and later died from her injuries in the hospital.

A police spokesman said there had been signs of a violent fight at the center.

"These kinds of calls are becoming more and more common," police spokesman Thomas Fuxborg told reporters, according to the AFP news agency. "We're dealing with more incidents like these since the arrival of so many more refugees from abroad."

The shelter houses young people between the ages of 14 to 19. Some have already been granted asylum, while others are still waiting for their applications to be processed.

Refugee centers have seen the number of threats or violent acts increase to 322 between 2014 and 2015, according to the Swedish Migration Agency.

Refugees forced to wear wristbands for meals in Cardiff

Several refugees housed at the Lynx House have reported being subjected to harassment for wearing the wristbands. The firm handling the shelter said it would stop the practice, according to an opposition lawmaker. (25.01.2016)

In the past six months, "We can do it" has been Angela Merkel's mantra on the refugee crisis. She will not budge from that standpoint, no matter how much pressure is mounting on her. (22.01.2016)